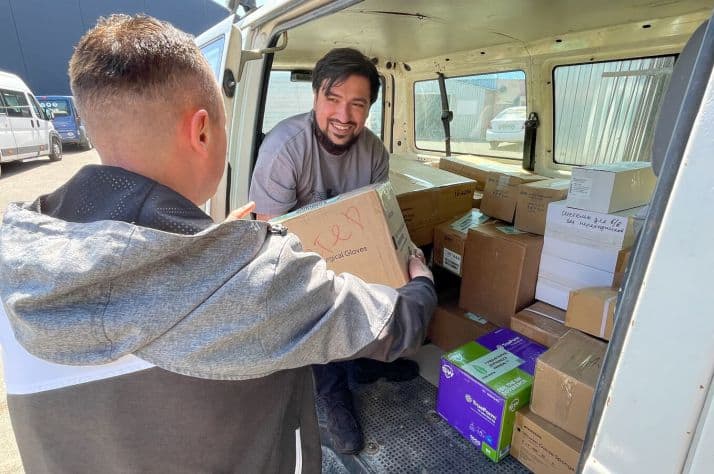 Through ongoing airlifts to Ukraine, Samaritan's Purse is stemming a supply shortage threatening the lifesaving work of the country's hospitals.

The scene resembled something out of a movie. Bomb craters pockmarked the front lawn of an institution meant to bring healing and care. 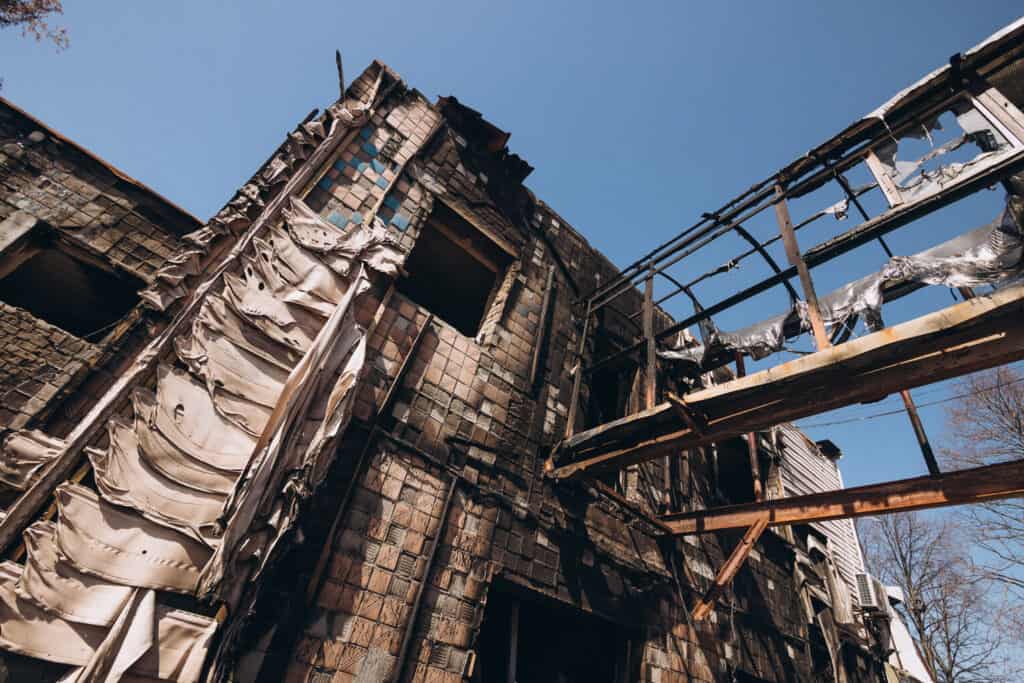 Bomb-damaged and burned out buildings, including medical facilities, have become an all-too-common sight in parts of Ukraine.

“A lot of sick people had to evacuate,” Dr. Tamara explained as she looked out over the property of the recently-shelled hospital in her hometown in central Ukraine. “This hospital was really damaged.”

As she talked, you could hear shrapnel and other debris crunch underneath the shoes of medical personnel entering and exiting the building.

“People cannot find or buy medicine here,” she shared. “It is a really big problem.”

Dr. Tamara is both a medical professional and a committed volunteer with a Samaritan’s Purse partner church in Ukraine. She understands the dire circumstances facing vulnerable families unable to access medical assistance.

“This is my home village. I’m from here and I live here,” Dr. Tamara said. “I’m trying to serve God and serve people. Samaritan’s Purse is not only helping this hospital but it’s helping my people, too. Until you delivered supplies, our hospital was becoming empty of what we needed to provide care.”

As fighting rages on in her country, the consequences grow more grave by the day—especially as hospitals continue to be attacked and supply-chain shortages leave little or no option for those in need.

Compelled to help hurting Ukrainians in Jesus’ Name, Samaritan’s Purse is on the ground partnering with local churches to supply critical items to an increasingly strained healthcare system. 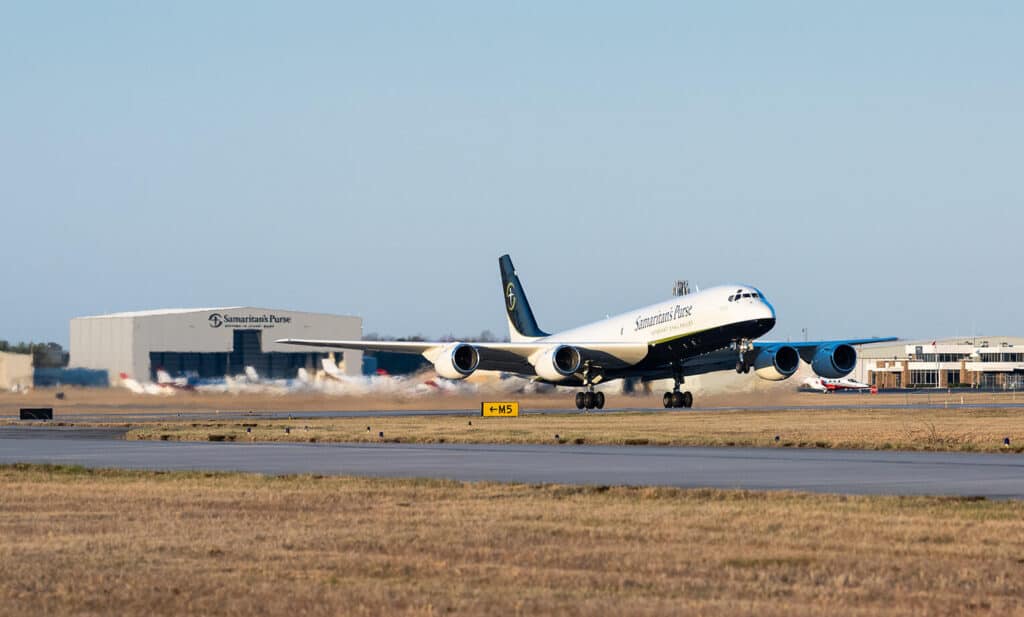 The Samaritan’s Purse DC-8 aircraft has transported more than 162,000 metric tons of medical supplies to Ukraine.

The Samaritan’s Purse DC-8 aircraft has transported more than 162,000 metric tons of medical supplies to the region.

This is all in addition to the many thousands of tons of food and other relief, and the equipment and supplies required to establish our own Emergency Field Hospital and other medical clinics operated by our Disaster Assistance Response Team (DART) since the start of the crisis.

“Due to the conflict, many hospitals have been destroyed or are overwhelmed with wounded and displaced people,” said Danielle Poland, program manager for this new medical airlift program. She said that manufacturing, transport, and supply chain have all been disrupted so even basic items like gauze can be difficult to get in affected areas.

“It’s been amazing to see this project from both sides,” she said. “Early on, I remember meeting with the pastor of a church that had been housing over 400 people. We’d sent medical supplies to their region and this pastor said it made them feel that we weren’t just working from afar, but working alongside them, that they weren’t forgotten.”

Through this ongoing effort, we have supported more than 30 medical facilities in Ukraine, several of which are among the largest hospitals in the country. As supplies are brought in, our brave partner churches are working tirelessly to transport them to areas of greatest need.

The Tragic Impact of Conflict on Healthcare in Ukraine

“On February 27, the bombing began,” recounted the chief medical director of a hospital in central Ukraine. “It continued for an entire month. From the front side of the hospital, all of the windows were broken.” 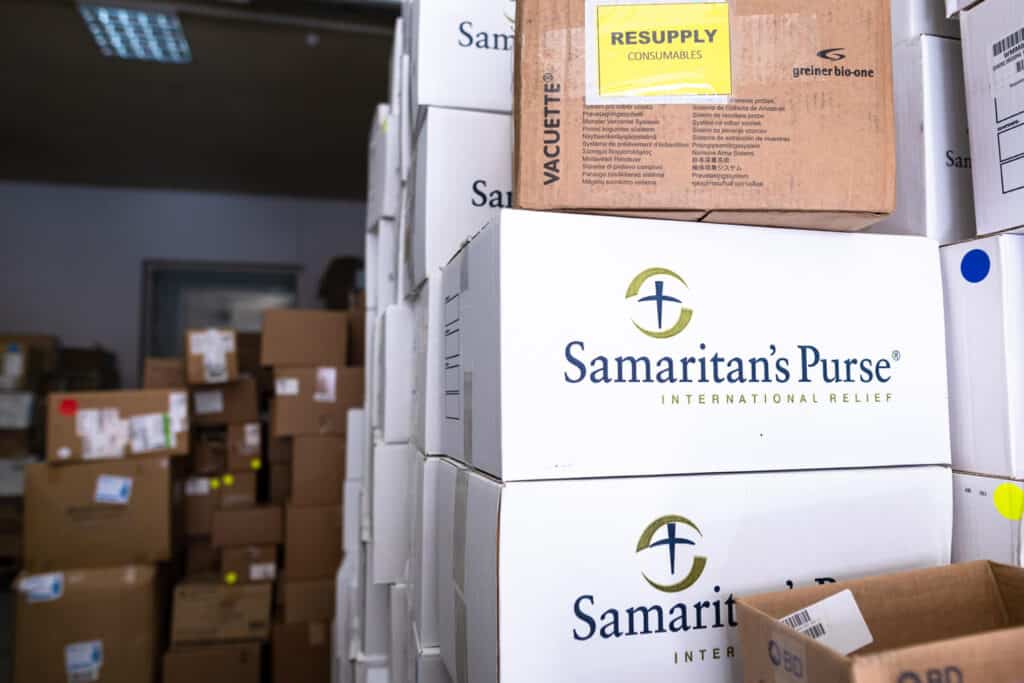 Samaritan’s Purse is airlifiting essential medical supplies each week to Ukraine in an effort to relieve the burden experienced by the local healthcare system.

She described a horrific scene with chilling images of casualties throughout surrounding neighborhoods.

And as her staff continued caring for the sick and injured with the shelling all around, they realized the onslaught was specifically directed at their facility. Rocket attacks were targeting their hospital and other medical facilities, and they were trying to take out the local water tower in order to shut down the hospitals.

“When the attacks began, we evacuated to our shelter, and we were safe there. We have a very good shelter,” the medical director continued, pointing to a large burned out tree that took the impact of one of the most powerful rockets. “It would have hit the building directly and it would have destroyed a large part of a building. It would have killed many people.”

According to governing authorities on the ground, hundreds of medical facilities have been damaged from ongoing fighting in Ukraine and the country’s supply chain for essential antibiotics and other lifesaving items has been dangerously disrupted.

To date, Samaritan’s Purse has successfully completed 19 airlift missions in Ukraine, with the majority of those transporting medical supplies, including pharmaceuticals and other medical essentials such as bandages, IV supplies, antiseptics, surgical supplies, along with casting and splinting material. 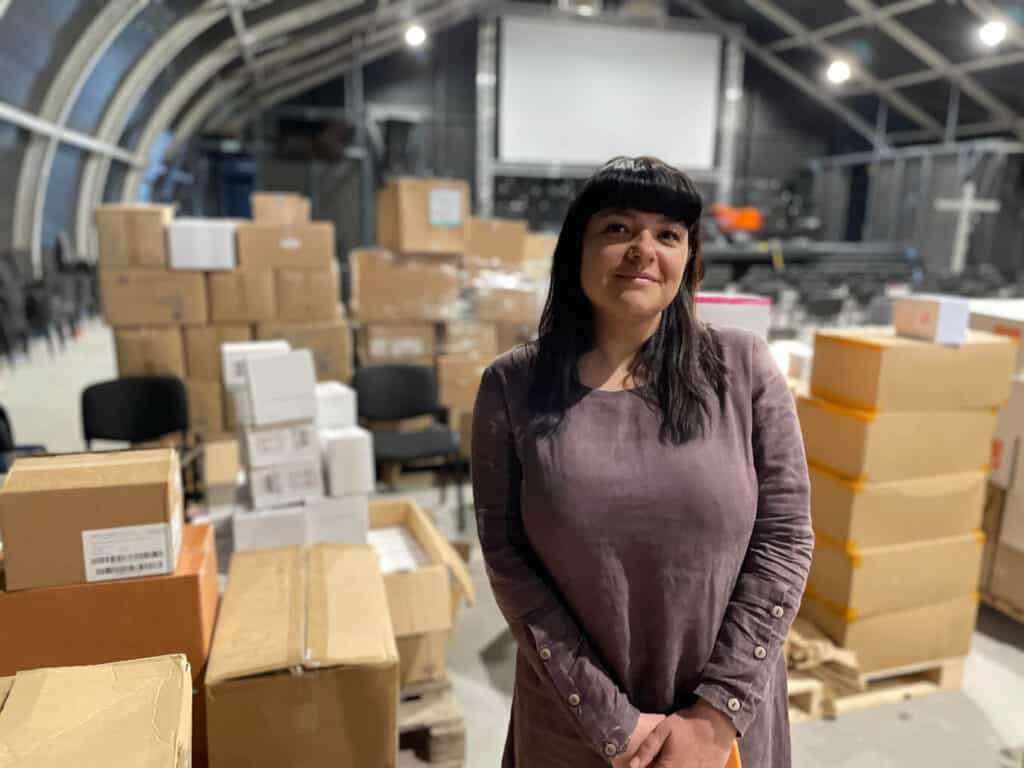 A local doctor and member of a partner church stands amazed amid the hundreds of boxes of medical supplies warehoused on the church property.

Another local doctor, and also a member of one of our partner churches, said she has been overwhelmed by our work in her country. As she stood among hundreds of boxes of medical supplies, now neatly arranged throughout her church’s sanctuary, she broke into a smile. 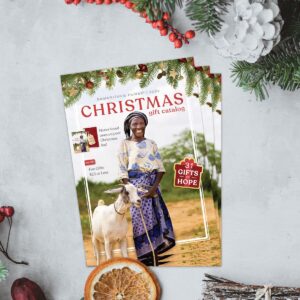 “When we received the first three sets of medical supplies, I was really impressed because I never believed someone could support and provide so fast and in such large quantities,” she said. “And I was so shocked when I learned that more supplies were still coming!”

As we continue working in the midst of this crisis, please continue to pray for the many hurting families still facing uncertain days ahead. Pray for our teams and for the faithful pastors and churches bearing the burden of caring for suffering people and carrying supplies into dangerous locations. Pray also for the many doctors, nurses, and hospitals we are serving during this ongoing response.

Please also pray for peace to come to this region again.

Our gift catalog offers dozens of meaningful ways to get involved in the life-changing ministry of Samaritan’s Purse. With free honor cards too!