A cholera patient receives a blessing 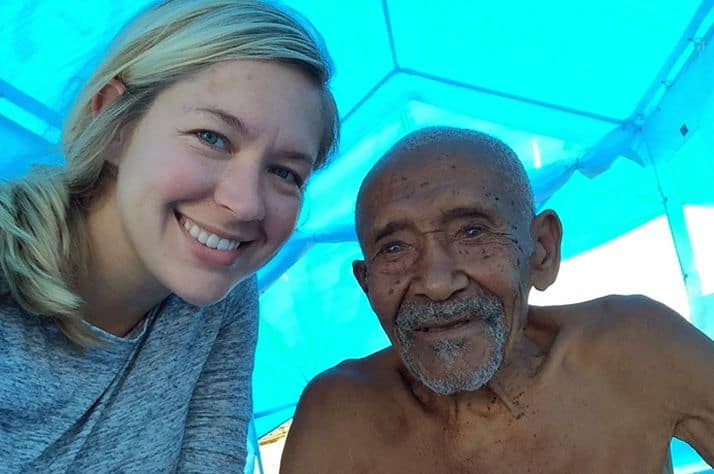 After Hurricane Matthew, a 92-year-old man contracts cholera and is blessed through it.

ABOVE: Erin and Papi

Papi was 92 years old, sick, and frail when he was admitted to the cholera treatment center in Chardonierres. In the days he was treated, everyone grew to like him. When he was ready to be discharged, he had to wait an extra day for people who would be able to carry him home on a stretcher. His village was an hour away, and he could barely walk. That last day was when I began talking with him. 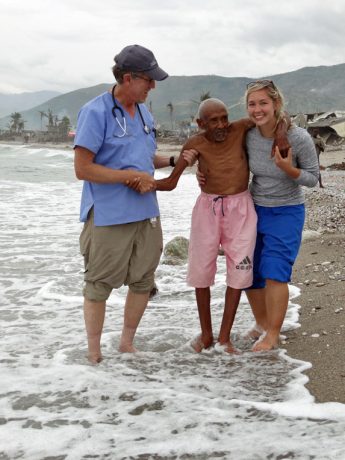 Dr. Mark and Erin helping Papi into the ocean

The conversation started when he told me that his father and I were the same color, so I must be his sister. Papi said that his father was a Frenchman with blond hair and blue eyes. I started asking him questions about his life. Our treatment center was right on the beach, so I asked if he swam as a boy.

I think he thought I was kidding.

I left to go check on some other patients and started telling people about my conversation with Papi. All the disaster assistance response team members knew him. When I told Dr. Mark that I wanted to carry him down to the water,  his immediate response was, “Let’s do it.”

We recruited some other team members and showed up at Papi’s tent. He seemed surprised. His family was delighted. So we carried him down to the beach in a metal folding chair. 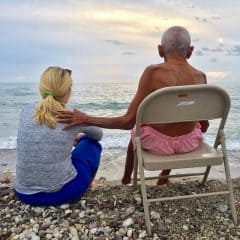 Papi was nervous when we got to the water, but Dr. Mark and I each grabbed one arm, stood him up, and walked forward until the waves reached his feet. His reaction was precious. We stood there with him for a minute and then let him sit in the chair for a while and look out over the ocean.

I sat down next to him, and after a while I felt his hand on my shoulder. He was smiling down at me.

“Now I can die happy,” Papi said. “I just need you to fly me home in the helicopter first.”

I wish I could have pulled that off!