More than 100 million people worldwide have been forced to flee conflict, violence, and persecution. Samaritan’s Purse is helping the frightened and suffering across the globe.

It can happen so suddenly.

Under threat of tanks and bombardments, watching missile strikes level homes in Kyiv. Escaping the terror of Taliban rule as families witness their dreams go up in dust from a Kabul airfield.

There are countless stories of women and children running for their lives with little more than the clothes on their backs—not sure if they’ll ever be able to return home again.

“Therefore love the stranger, for you were strangers in the land of Egypt” Deuteronomy 10:19

For more than five decades, Samaritan’s Purse has rushed relief in Jesus’ Name to hurting people like these. We want refugees and other displaced people to be reminded of God’s love for them and that He has not forgotten them.

Right now, Samaritan’s Purse is assisting displaced people from Ukraine and Afghanistan, among other nations.

Families fleeing eastern Ukraine pass through train stations on their way to safety.

More than 6 million people have fled Ukraine as refugees this year, with millions more displaced inside their homeland. 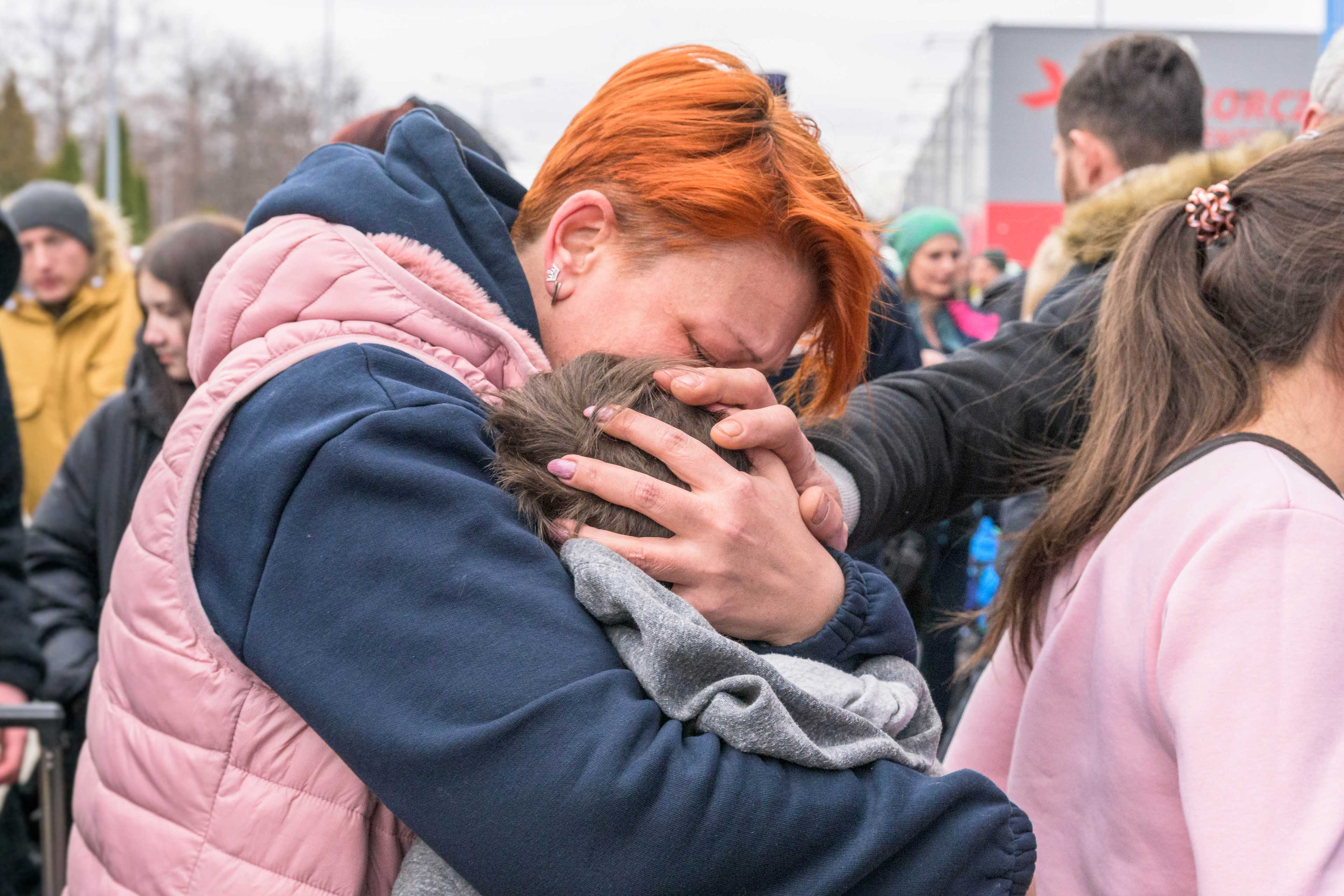 Many Ukrainians have faced unspeakable tragedy and uncertainty since the conflict began in late February.

Nina* was one of those displaced as Kyiv, the capital, was bombarded. For 12 days, she was forced to shelter underground, where the strain of evacuation eventually began taking its toll. Then she was robbed in the middle of the night.

In desperation, Nina had to flee once more, eventually arriving in the western city of Lviv. She was very ill and emotionally distraught. She knew if she didn’t see a doctor soon, things could only get worse. She managed to make it to our Emergency Field Hospital and was immediately admitted for critical care and emergency surgery.

Following her surgery, Nina was able to smile. She felt loved and celebrated by our medical staff as they cared for her and even sang birthday wishes to her.

“If Samaritan’s Purse hadn’t helped me, I don’t know if I would be alive. Now I feel safe.” *Nina

Through expert medical care, food distributions in partnership with local churches, clean water systems, and much more, Samaritan’s Purse teams are reminding these families that God has not forgotten them.

Our offices around the world have also been actively involved in supporting local churches and transporting refugees from the Ukrainian border to Christian centers in other countries where they are able to receive shelter, food, and spiritual care. 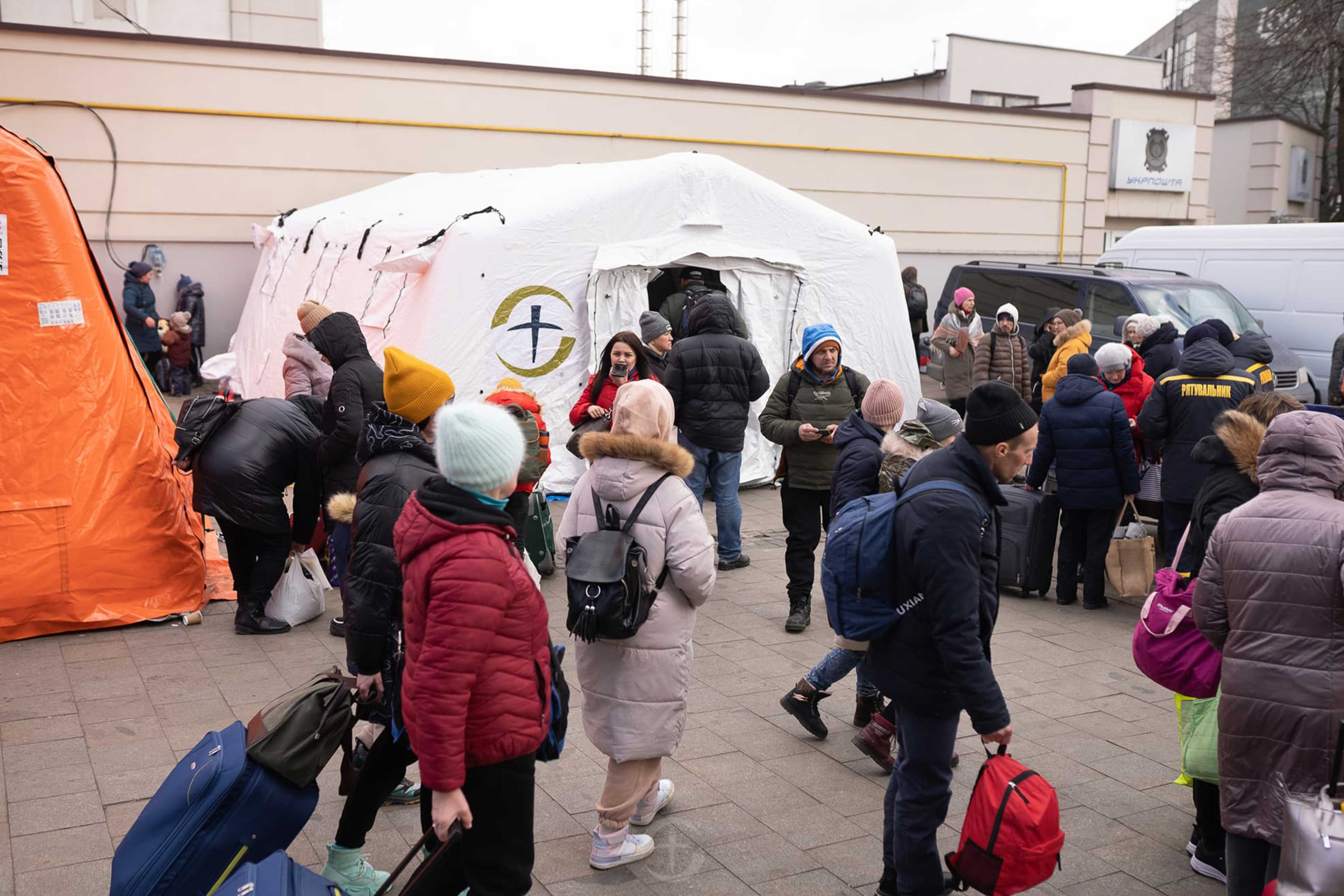 Through our medical clinics and other relief programs, we are assisting many displaced families in Ukraine.

When the Taliban seized control of Afghanistan again in August 2021, Tabish* and his family were terrified. They realized they would become targets of the new regime, so they knew they had to flee quickly.

With the help of Samaritan’s Purse, they were able to escape the country, not knowing what would come next. Now, they are being given the opportunity to resettle and begin again. 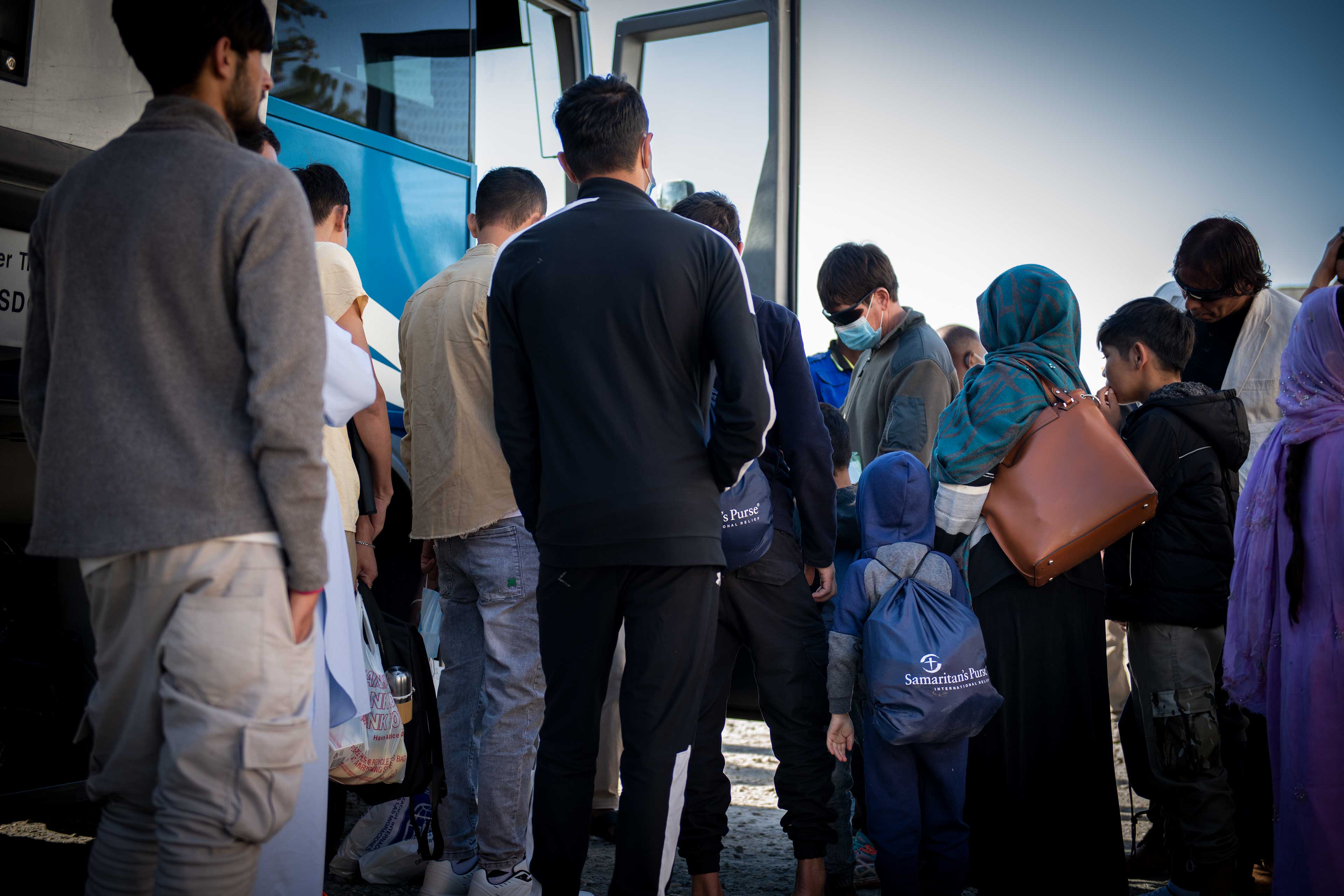 Samaritan’s Purse is helping Afghans who have left their country and are seeking to build new lives in the west.

Please continue to pray that Afghanistan evacuees will be comforted and encouraged. Pray for our continued efforts to care for those who remain in Afghanistan.

Alongside partnering churches in Canada and other countries, we are helping evacuees rebuild their lives, from securing housing and transportation while displaced, to navigating the complexities of settling in a new country.

Through this program, families like Tabish’s are receiving hope for a better future and finally beginning to feel safe again. 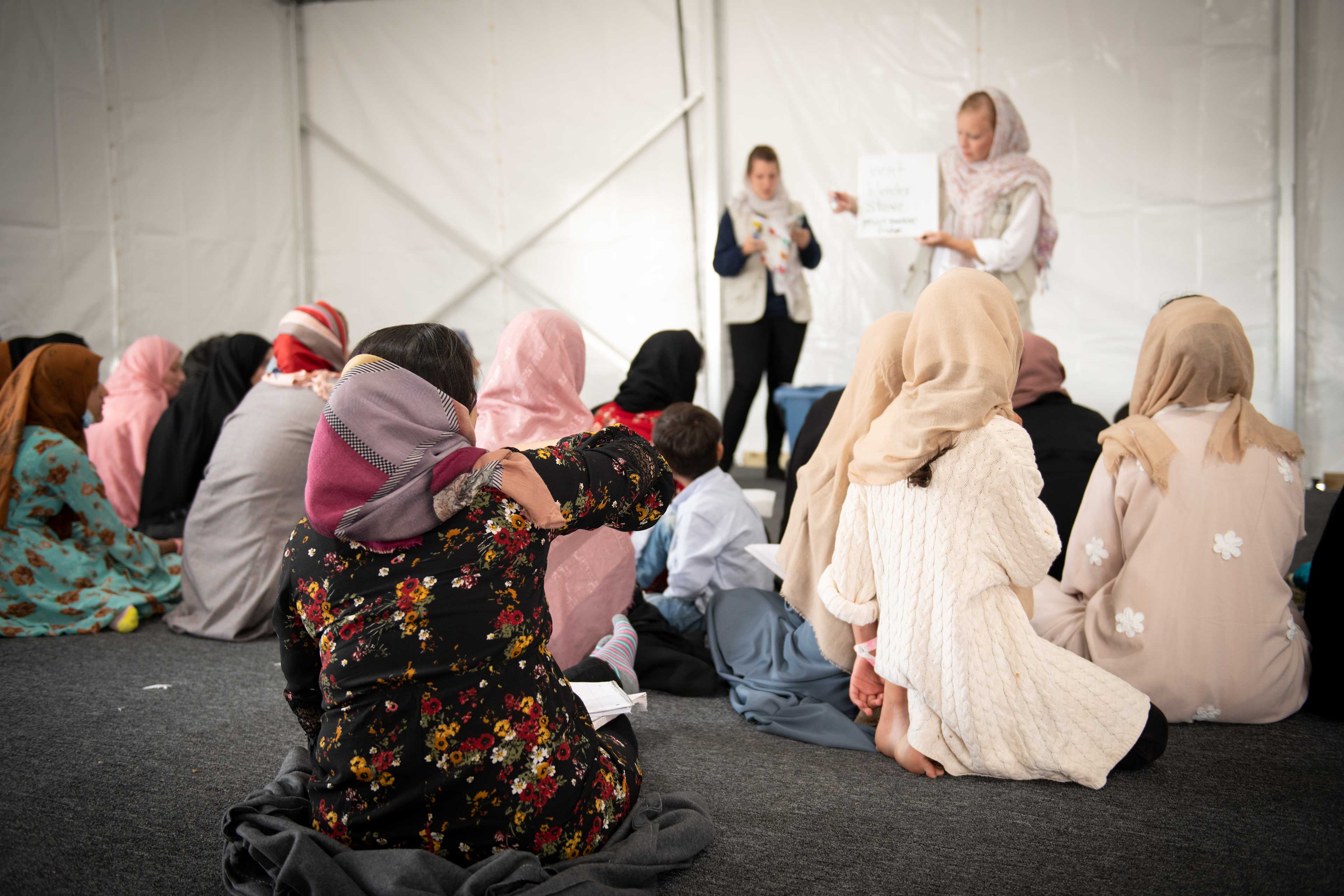 Our teams are helping meet the practical needs of displaced Afghan families while also providing emotional support and encouragement.

Each day, our teams around the world are ministering to thousands of refugees like Nina, and Tabish. Please continue to pray for the millions of refugees and displaced people who’ve had to flee their homes, that they would embrace God’s love for them even in the midst of difficult circumstances.