As dangerous flood water forced hundreds of shocked residents to leave their homes in the Northwest Territories town of Hay River, generous Canadians like you are making it possible for Samaritan’s Purse to help in Jesus’ Name.

One of our specialized Disaster Relief Units—a tractor trailer loaded with relief supplies and equipment—left Calgary on Tuesday morning, May 24. It is taking urgently needed resources—including generators, protective gear, and anti-mold spray—on a journey of more than 1,300 kilometers to help homeowners clean up their damaged homes.

Ice jams caused the Hay River to spill its banks in early May, swamping homes and businesses and causing town officials to issue an evacuation order for the 3,800 residents.

“Our hearts go out to all the residents who’ve been impacted by this disaster. We want to do all we can to help them clean up, and get back into their home as quickly as possible.”

“All our riverside properties are damaged and at one point, two-thirds of the town was without sewer or water,” said Pastor Sam Acey of Hay River Pentecostal Chapel. “So even if some people didn’t experience damage to their homes, they might have had no utilities and that’s why the town was evacuated.”

At least one person had to be rescued from a rooftop, and while residents have been allowed back, some areas are still without power, water and sewer services, and road access. Pastor Sam estimates one-third of the town’s houses experienced at least some damage, including some sewage backup in his own basement.

“Our hearts go out to all the residents who’ve been impacted by this disaster,” said Tammy Suitor, Canadian disaster relief manager for Samaritan’s Purse. “We want to do all we can to help them clean up, and get back into their home as quickly as possible.”

With your support, we are working alongside churches in Hay River to mobilize volunteer teams, provide safety training and equipment, and send them out under experienced leaders to clean out flooded homes and prepare them for repair—all at no cost to the homeowners.

In recent years, Samaritan’s Purse has assisted people suffering from a wide variety of Canadian and international natural disasters, including flooding in British Columbia, Alberta, Saskatchewan, Ontario, Quebec, New Brunswick, and Nova Scotia, plus tornadoes in Ontario and forest fires in British Columbia and Alberta.

Another one of our disaster relief teams is also on the ground in Ottawa, ON where violent storms left 10 people dead and hundreds of homes damaged over the May long weekend. 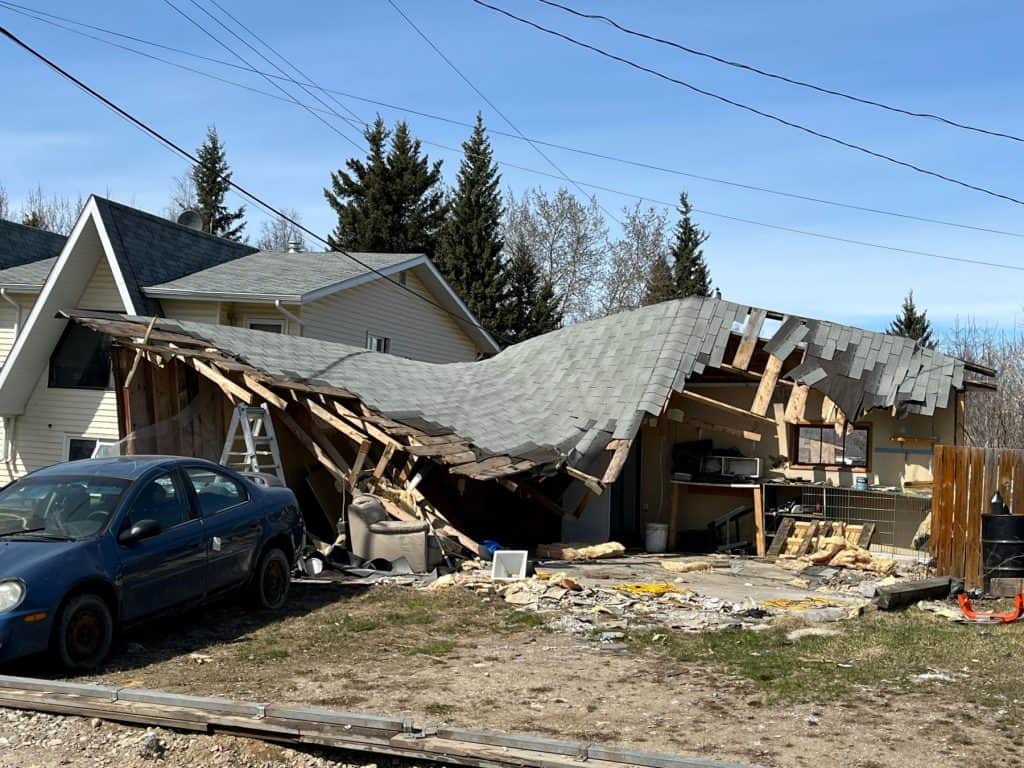