Thanks to donations from people like you, our specially-equipped, Ontario-based Disaster Relief Unit (DRU) tractor trailer is in Windsor, ON to assist families coping with heavy rainfall. More than 5,000 homes were flooded in late August. Crisis-trained Rapid Response Team chaplains from the Billy Graham Evangelistic Association of Canada (BGEAC) will also be serving families there. 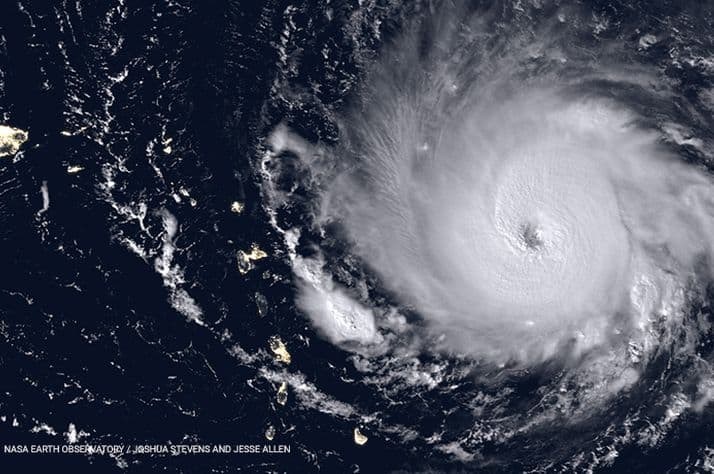 A Samaritan’s Purse convoy, including our New Brunswick-based DRU as well as the Calgary-based BGEAC mobile ministry center truck are on their way to North Carolina to be in position to respond to the record-breaking Hurricane Irma, which has ripped through the Caribbean and may make landfall in Florida or farther up the coast later this week.

We are also soon sending Canadian volunteers to Houston, Texas to help assist with Hurricane Harvey recovery efforts. Hundreds of Canadians have contacted Samaritan’s Purse Canada to sign up to help Texans in the aftermath of Harvey, which killed more than 60 people and has resulted in more than 440,000 people seeking emergency assistance.

Practical help and eternal hope in a disaster-ridden season

The Samaritan’s Purse Canadian disaster response team has responded to dozens of disasters across the country, but this has been an extraordinary year for our teams providing relief in North American disaster zones.

First, we brought physical and spiritual help to flood victims in eastern Ontario and western Quebec in the spring, and then almost immediately, moved on to help flood and wildfire victims in B.C.

“As soon as our DRU returned from B.C., we were asked by Samaritan’s Purse in the United States to assist with their response to Hurricane Harvey, and now with Hurricane Irma on the horizon, we are positioning ourselves to help out there as well,” said Brent Davis, Samaritan’s Purse Canada’s response director.

“While the disasters are immensely devastating, our volunteers, staff and donors consider it a privilege to help bring help and hope in Jesus’ Name when people are facing uncertainty and loss.”

You can be part of this vital work through your donations and prayers. Please join us so that together, we can show hurting people that “The Lord your God is in your midst, a mighty one who will save; he will rejoice over you with gladness; he will quiet you by his love; he will exult over you with loud singing” (Zephaniah 3:17, ESV).