Mary Zema says some prostitutes in Uganda will sell their bodies for as little as 1,500 shillings.

“That’s the cost of a bottle of soda,” she says sadly.

The fact women are that desperate and lost is what motivates Mary to lead a highly-effective anti-trafficking ministry known Sanyuka Women at Risk. She established Sanyuka in 2007 to “help women come out of prostitution to a life of self-sufficiency and a healthy lifestyle.”

Read three women’s testimonies of how Sanyuka changed their lives.

Mary, whose ministry is fully funded by Samaritan’s Purse Canada and donors like you, has a special compassion for women in prostitution because she was trapped in that world for 13 years.

She was raised by strict Christian parents who focused so much on their own ministry work that Mary says she and her siblings felt very neglected.

“They were involved with many other people, but not us,” she recalls,

Mary responded in her early teen years by drinking heavily and seeking men for affirmation. Her parents responded by throwing her out.

Mary was sleeping in a park when a woman offered her shelter. Mary accepted, not knowing the woman was a prostitute. Within a few weeks, the woman had recruited Mary into the same sordid lifestyle.

“You’ll get used to it,” Mary recalls being told.

That meant she was also supposed to get used to sometimes being beaten by her male clients because “some men just enjoy torturing people,” she says.

It was 13 years later, while working the streets of Mombasa in eastern Kenya, that Mary became so despondent she cried out to God, asking Him to show her He cared about her. Only a few hours later, a complete stranger walked up to Mary, saying: “Jesus loves you and wants to take care of you.”

Mary tearfully concluded that with God’s strength, she could begin a better life. She left prostitution and joined the Christian organization Youth With A Mission (YWAM) to fully restore and strengthen her relationship with her Savior.

“It’s possible (to leave prostitution) because I’ve done it.”

Mary eventually made her way back to Uganda and to Jinja, a town known locally for its high rates of prostitution and gambling, where she established her Sanyuka ministry where she took to the streets at night, befriending prostitutes. She tells them: “It’s possible (to leave prostitution) because I’ve done it.”

Sanyuka, which means “be happy” in the Luganda language, operates out of a home large enough to accommodate 10 women and their children at a time. They stay for a year—receiving Christian counseling to grow in their faith, beat their addictions, and gain confidence in themselves. Along the way, they also learn vocational skills include weaving, tailoring, cooking, catering, and hair-dressing.

The skills training is essential, Mary says, because some of the women have only Grade 1 or Grade 2 educations—meaning they would be unemployable without some training.

In addition, Mary says it’s “very intentional” that the Sanyuka ministry includes some responsible men in helping roles so women see positive males in their lives: “They need to know what a good man looks like.”

At the end of the year, they move on—making way for another 10 women to take their places. Mary and her staff continue to provide support to ensure the women don’t fall back into prostitution. She says the ministry has a 90-per-cent success rate.

“We have many stories of women who have left prostitution, who have started businesses. They are taking care of their families and they have reconciled with their parents (who’d previously disowned them), and they are self-sustaining.” 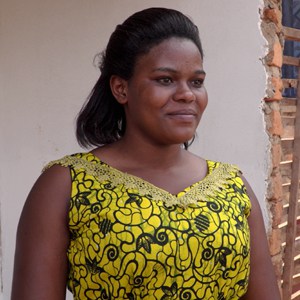 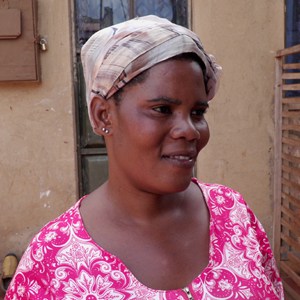 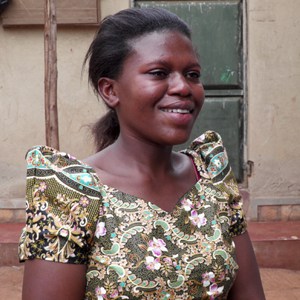 Many of the women at Sanyuka come from remote areas of Uganda or South Sudan—trying to escape poverty because they’ve been told there is a better life in cities like Kampala. They arrive and are quickly exploited. To counter this, Sanyuka staff speak in local schools, warning children against the dangers of being trafficked.

Mary says her own experiences as a prostitute with three children taught her that the only way to help women escape the streets is to include their children in the ministry, so Sanyuka includes space for each of the participants’ children. The younger ones are cared for on-site every day, while the older ones attend local schools.

Her own now-grown children—an artist, a social worker, and a teacher—are also supporters of Sanyuka, and one of them (her social worker daughter) is employed there.

“The main reason this ministry started was because of my own life, my broken life, because I was also in a life of prostitution, and I was helped to come out of it by different people.”

“For me to come out of a life of prostitution, it took someone to share the love of Christ (to me), and then I realized that other women needed it,” Mary says. “We can’t change a person. Only God can change a person.”

Mary says when she and other Sanyuka staff go out at night to talk to prostitutes on Kampala’s streets, offering them a better life, many are interested. But Mary is restricted in how many women she can help because of the limited space at Sanyuka.

“If we had more resources, we could take 30 women at a time,” she says. ‘My message to Samaritan’s Purse (and its supporters) is that we still need to be assisted to help more women who are entering prostitution. It breaks my heart not to be able to help (all of) them because I don’t have the resources.”

Mary and her team have also begun visiting schools and families to warn teenage girls and their parents about the dangers of tempting stories from seemingly friendly human traffickers about a better life in the big city or by working in bars. These school and family visits often give the Sanyuka staff the opportunity to share the Gospel. More than 70 young people so far have committed their lives to Christ and joined a Bible study group to continue growing spiritually. “We give God the glory!” Mary says.

Please join with us in providing financial and prayer support for the Sanyuka ministry, and others like it in places such as Ethiopia and Nepal, with which Samaritan Purse is partnering to bring women out of darkness and into the light of Christ.

Your gift to "Where Most Needed" will help equip us with resources including personnel, materials, and supporting services to fulfill our mission and meet needs in Jesus’ Name around the world.