I grew up in the coastal town of La Ceiba, Honduras, where Hurricane Mitch hit late in 1998. I remember my mom woke me before the sun was up and said we had to flee to a friend’s house in the mountains or we would die. When we got there, we shared a small house with five other families. I grew very sick with respiratory problems during that time. Eventually, bridges were reconstructed so we could go back to our house in La Ceiba. It was damaged, but many other people lost their homes.

In 1999, my dad, who was a local church leader, traveled a lot to deliver Operation Christmas Child shoeboxes. 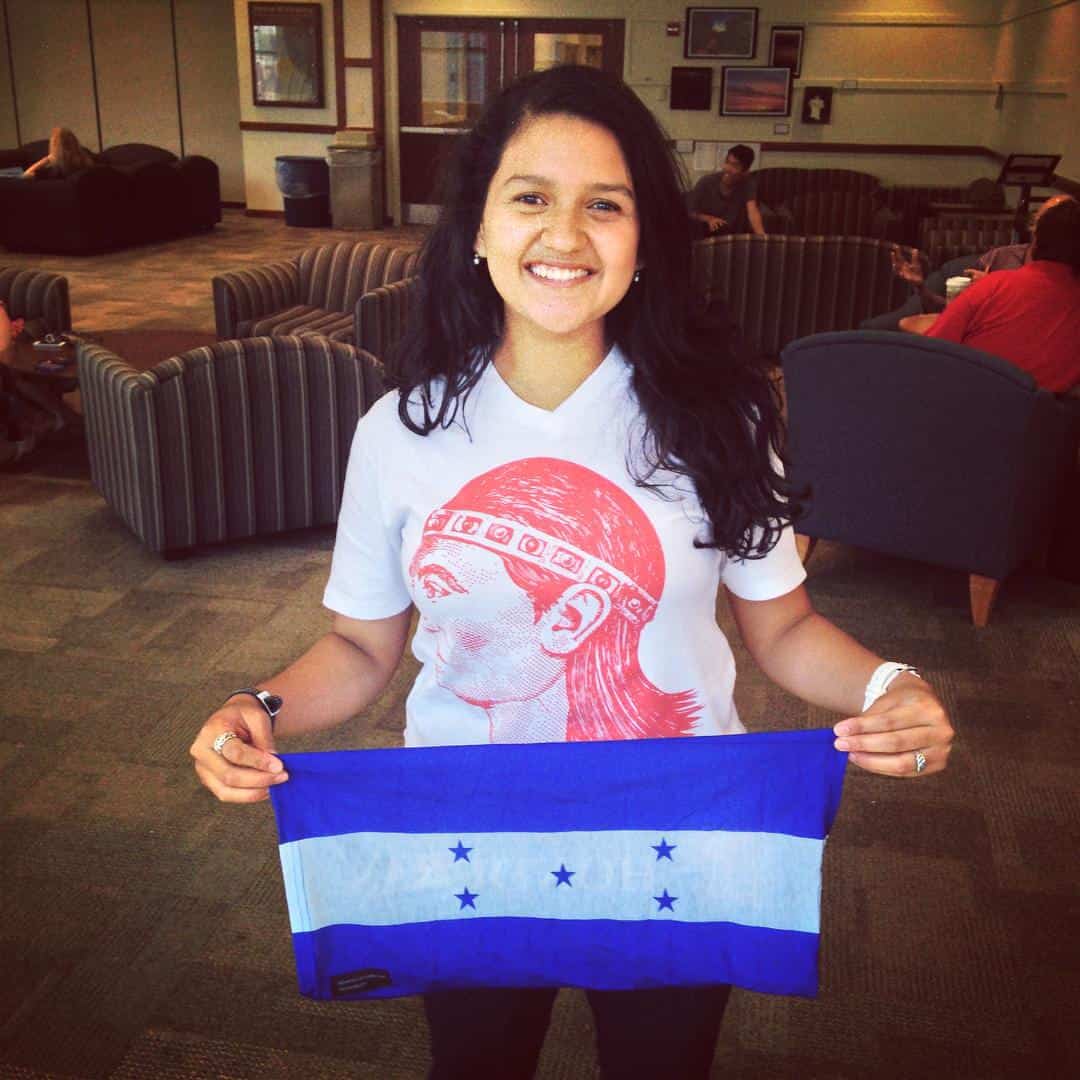 The church I attended hosted a huge event to celebrate Children’s Day, a holiday set toward the end of summer. It was every kid’s dream of a party with piñatas, cake, and clowns. Just before it ended, they lined us up and gave each of us a box. Everybody wondered, What is it? Then, everyone got quiet before they counted to three. We all opened our shoeboxes, and there was so much excitement. I remember being so happy.

My box had a letter and a picture from a girl named Olivia who lived in Minnesota. It was so encouraging to see someone young care for others that she didn’t even know.

I saved up enough money so I could mail her a letter about who I was and how much I loved the gift and letter. We ended up writing back and forth. My sister wrote to her as well.

The letter and picture were something very special because they gave me a glimpse into the person behind the shoebox. I will forever be thankful to Olivia for the gift and the happiness and joy it brought to me.

I also got a pink telephone-shaped notebook. My parents worked really hard so I could go to a private school to learn English, but that meant they hardly had money to buy my school supplies every year. I remember all my friends had nice pencils and notebooks, but I just had the boring stuff because that’s all my parents could afford. As a kid, I wanted what my friends had. The telephone notebook was my first real notebook and from that time on, I started journaling.

As my dad continued to deliver the shoeboxes, he took me with him to distribute them in the slums. He also took them to the children of policemen and firefighters who lived in poor conditions, and used donkeys to get the shoeboxes to a mountain village.

Operation Christmas Child had a big influence in my life because I heard my dad share the Gospel with people. I didn’t accept the Lord, though, until I was 14. So from 6 to 14, I was really hopeless and contemplated suicide. In my mind I had nothing, even though I had a really great family. One night I thought, This is it. I’m going to take my life. But something started tugging at my heart, telling me to turn to my Bible. It opened to John 3:16.

“Being exposed to Operation Christmas Child gave me THE gift of Jesus Christ.”

I remembered how my dad shared the Gospel when he delivered shoeboxes. First, he explained the meaning of a gift, since many of the children had never received one before. Then, he shared that Jesus is the Greatest Gift and pointed to John 3:16. He encouraged the children to take away the word “world” and put in their name instead. So, in my distress I said aloud, “For God so loved Emelissa that He sent His one and only Son, that if Emelissa believes in Him she will not perish, but have everlasting life.”

Even though I’d known that verse for so long in both Spanish and English, it really hit me that night that I was loved—by God! So being exposed to Operation Christmas Child gave me THE gift of Jesus Christ.

I am now in my last year of college in the United States and desire to serve overseas in public health.

I regularly pack shoeboxes because it meant so much to me and many other kids to know that someone far away cares. I remember the screams of happiness. I remember my mother’s smile and hearing her praise God for provision. I remember so many beautiful things about the experience, and it is a blessing to be able to be part of that now for other children.