Elena and a Gospel booklet

My home in a part of the former Soviet Union was cold and dirty. My mother and father drank all the time. They often left me and my sister by ourselves, sleeping on beds with no linens and without food. We did not attend school until I was 8 years old, when my sister and I were placed in our first orphanage. 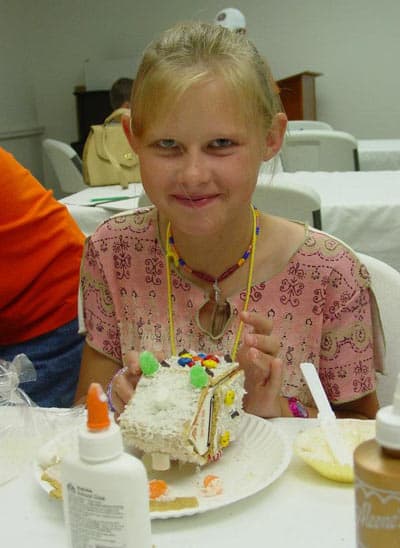 When we were moved to another orphanage, we still had to share everything with everybody there. We wore hand-me-downs and shoes that never quite fit. We didn’t have anything to our name. At the time, we didn’t even know our birth dates or how old we were.

I would always read fairy tales to get away from reality. I dreamed of being Cinderella because she went from being a nobody to being a princess.

I had gotten my hopes up that my sister and I would be adopted, but at the last minute the woman backed out. I felt undeserving, that I was a nobody. Why would anyone want me? I lost hope.

When I was at my lowest point—feeling unloved, worthless—God brought me a shoebox. I was about 9 or 10 years old. It was the first time I had received a gift other than candy at New Year’s.

My shoebox was suitable for a princess—it was pink. I loved pink. One of my gifts was a pink pen with feathers and a dangling heart. I had never seen something as fancy as that.

I also received a teddy bear. I always had to be the strong one to take care of my younger sister. But when I was by myself, I used to tell all my worries to that teddy bear.

“At my lowest point—feeling unloved, worthless—God brought me a shoebox.”

What had the biggest impact on me was “The Greatest Gift” booklet that told of Jesus’ love for me. I had never heard about that kind of love before.

I thought it was a fairy tale. The Creator of everything came down and died for someone like me? It gave me hope.

The orphanage kept our old clothes for reuse once our new parents arrived in our country to take us home. When they took us shopping for the first time, I was just so glad to get new shoes that I didn’t care whether they fit or not.

So, when my dad removed the first pair of shoes I had tried on at the store, I was upset at first because I thought they had changed their mind. But, in a Cinderella moment, he helped me into another pair, checking that my toes had just the right amount of room to get the perfect fit.

My frame of reference for how a father acted wasn’t a happy one. It was an angry one. When people would tell me that God was my Father, it didn’t have the comforting effect that it did for most people.

At our new home in the United States, our dad—our adopted father—would hug my sister and me and kiss us on our foreheads each night. Then, he would tell each of us, “Ya tebya lyublyu” (pronounced ya teeb-ya lu-blue), which means I love you in our native language.

I had never heard that before. At first, it was strange and scary, but then I started waiting to hear those words each night as it became a tradition of ours. 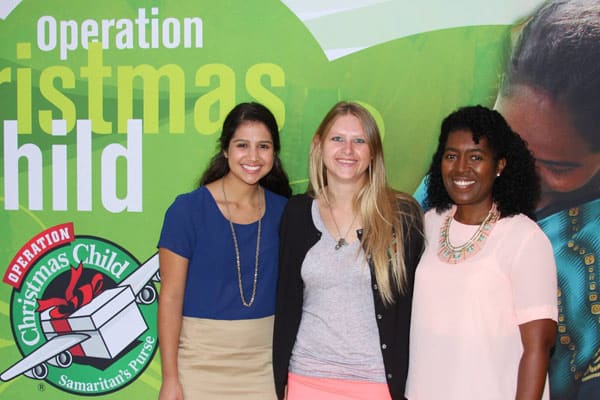 About a year after my sister and I were adopted, I became a Christian. It took a year for me to realize that I didn’t always have to be on my best behavior just to be able to stay and be loved. I was afraid that if I did something my parents didn’t like, they wouldn’t want me anymore.

Our parents kept telling my sister and me, there are three main things you need to remember: God loves you. We love you. And, there’s nothing you can ever do to change that.

God’s been working through it all. Not only am I part of an earthly family, I’m part of a heavenly family.

While studying at Ozark Christian College I helped organize shoebox packing parties so other children would learn of God’s love for them. Now, as a recent graduate, I look forward to continuing to share His love with orphans around the world.