It’s a message of compassion from someone who has seen the worst humans can do.

On Christmas Day, 2016, Samaritan’s Purse opened a field hospital minutes away from the frontline of fighting in Mosul, Iraq. It’s set up with operating rooms, an ICU, emergency room, and 50 beds. Doctors and nurses there treat everyone who comes in, including suspected ISIS fighters. 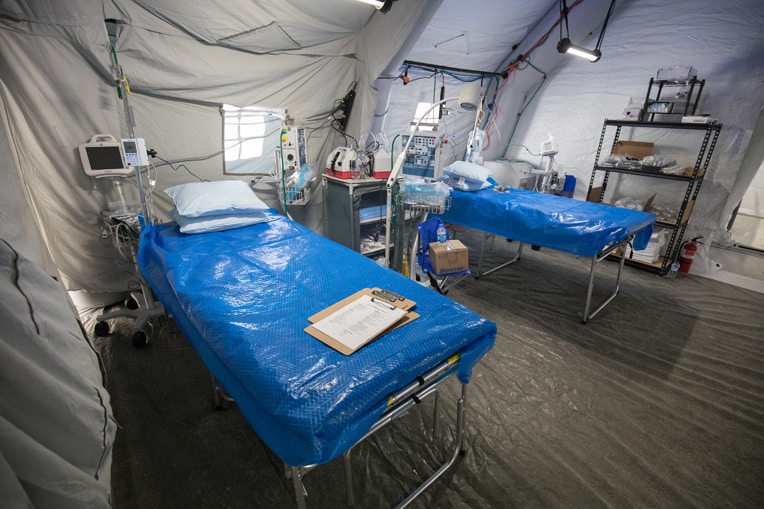 Doctor Karas was there with them, working tirelessly to treat the seemingly endless line of wounded, most of them women and children. Dr. Karas wants to keep his full identity hidden, for fear of retaliation against him or his family from ISIS sympathizers, who may disapprove of their presence in the region.

He has worked in war zones before around the middle east, but this was different. Dr. Karas was constantly glued to the news over past years, watching in horror what was happening in Syria.

When Samaritan’s Purse approached him about the field hospital, their first in a combat zone, Dr. Karas didn’t hesitate to leave his family.

“When I arrived to Iraq and saw what happened after this war and houses devastated, people in camps left their houses, left everything behind them. It was emotionally hurting.”

As soon as he arrived, he could clearly see the toll of the almost six-year long Syrian war, that has spilled into Iraq.

“What they saw during the last few years is just black, darkness, evil. They need to see a hope, that somebody can give them hope. Somebody tell them that they are beloved,” says Dr. Karas. “They’re walking on the shadow of death. Every day, every moment, they are expecting that they will be killed.” 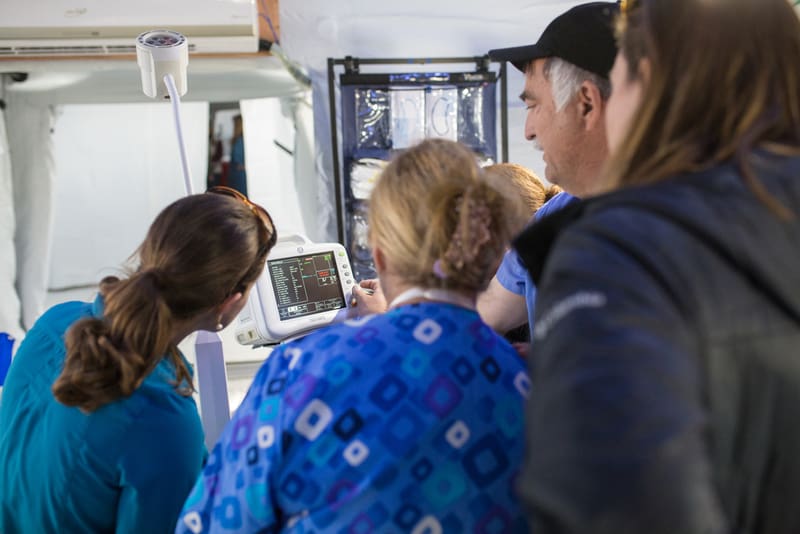 Being so close to the frontline of fighting, ambulances would bring in several casualties at once, suffering from injuries sustained by gunfire, mortars, mines, booby traps and drones. No matter who they were, they would get treated at the hospital, even extremists.

While it would cause a range of emotions to boil up, from sadness to anger, Dr. Karas had to look past that and stay neutral.

“This one chooses to be my enemy, but he is not my enemy. I love him,” referring to ISIS fighters in the hospital.

The fighters would be kept separate from other patients to make sure there weren’t any problems. But worst of all for Dr. Karas was the number of women and children brought in with traumatic injuries.

“Most of the times, we receive mass casualties, like the ambulance brings six, seven cases. Most of them seriously injured.”

Even though this is a state of the art facility, it is not nearly as well equipped as a normal hospital. Doctors and nurses do the best they can with limited instruments, often times inventing new ways to use tools to suit the needs of a patient. This is why he calls them the best group of people he has worked with. 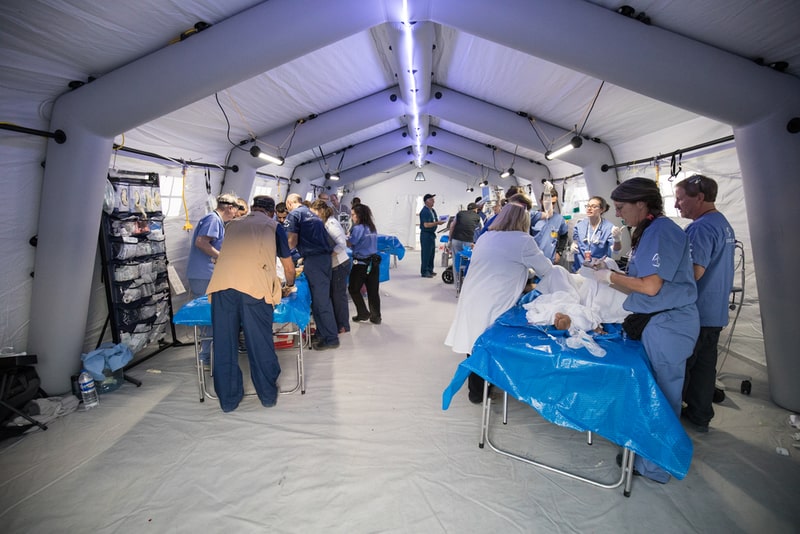 The constant stream of wounded, witnessing families torn apart by violence, and constantly hearing gunfire and artillery just hundreds of metres away from their heavily secured compound can be draining for these professionals. There were some positive moments though, such as a young boy reunited with his mother.

At first, when the boy was admitted, they wondered where his parents were. Thankfully, they discovered his mother was already at the hospital, being treated in the next room. Dr. Karas and his team moved the mother next to the bed of her son.

“When they saw each other, it was a joyful moment. When they recognized each other and they hug. It’s a moment that you feel that this is a life that deserved to live.”

After coming home, Dr. Karas says the experience is unforgettable.

“It was a burden on us, that even when you see a child, nine-years-old, dying in front of you and you can’t do nothing because the injury is so serious.”

While it is draining work, Dr. Karas will be going back to the hospital in March.

“It helped me a lot to see a big picture, to see that there are some people suffering more than me. So I’m planning to go back, to help more.”

The hospital will remain open until at least June, and if the fighting continues Samaritan’s Purse hopes to keep it open. In the meantime, they are accepting donations which will go towards buying much-needed medical supplies. You can get more information, or donate, at samaritanspurse.ca

Dr. Karas hopes spreading this message will help people realize this dire situation needs their assistance, compassion and love. He feels the only way peace can be attained in the region is if people put their differences aside and focus on what matters.

“I think that when you want to beat the darkness, you need to show the light.”

Your gift to "Where Most Needed" will help equip us with resources including personnel, materials, and supporting services to fulfill our mission and meet needs in Jesus’ Name around the world.