Samaritan’s Purse celebrated the completion of a 115,000-square-foot warehouse, attached to its Calgary Canadian headquarters, with a dedication event and open house June 6-7.

About 400 invited guests and staff, along with Samaritan’s Purse President Franklin Graham, attended the dedication event. Between 800 and 1,000 people came to the open house, where staff welcomed them and toured them through special exhibits highlighting the work Samaritan’s Purse does in Canada and around the world. 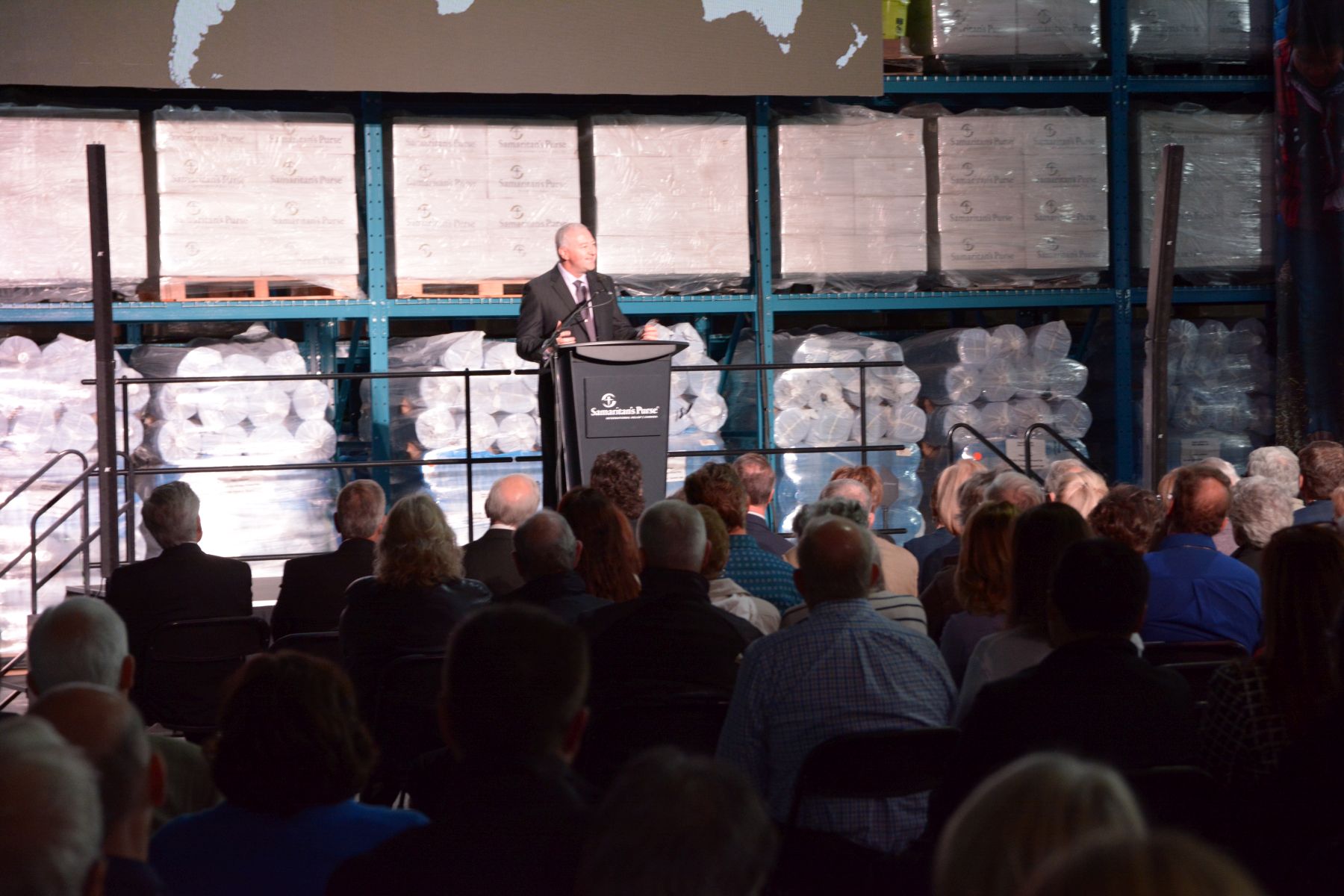 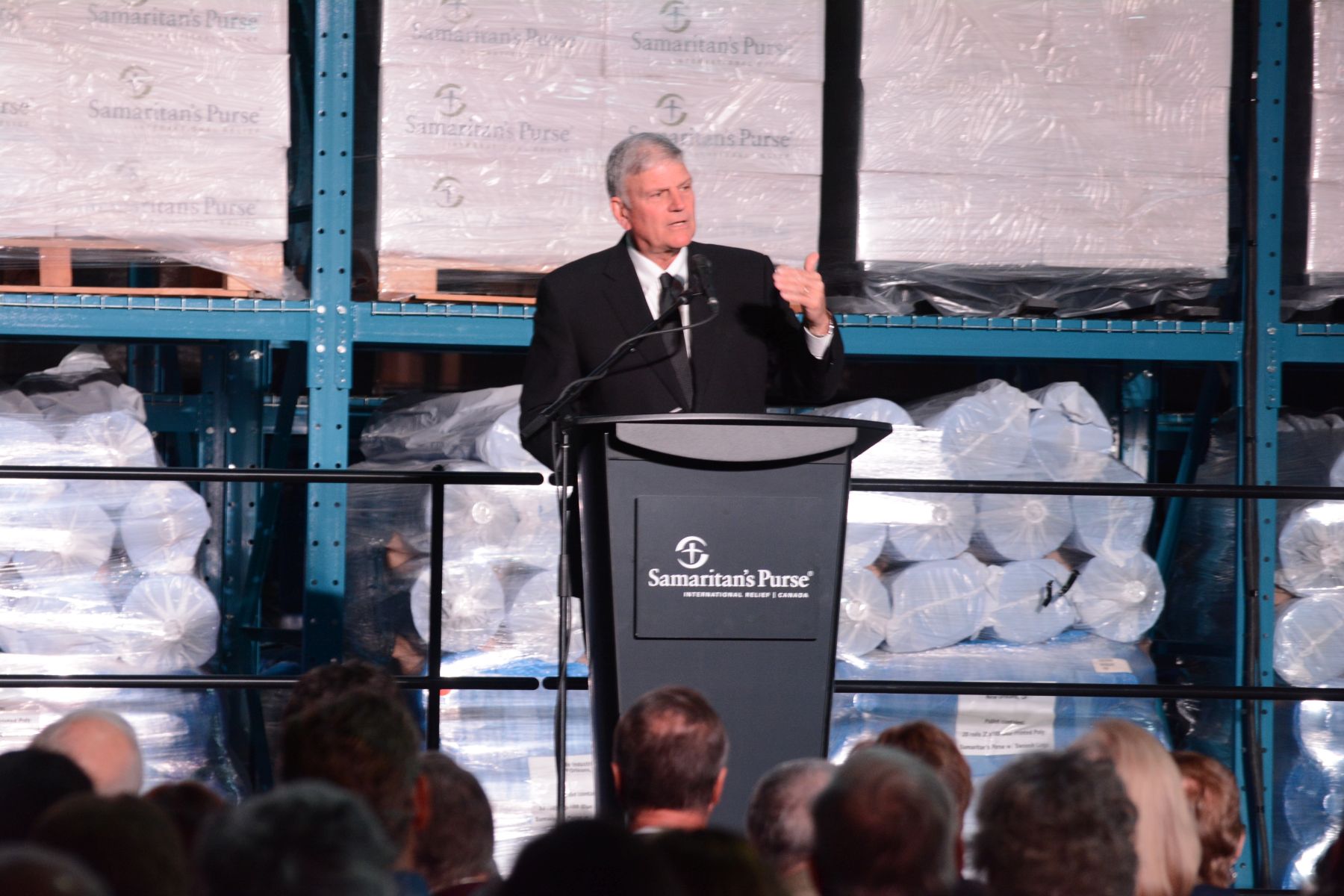 “There’s no other facility like this in Canada,” said Samaritan’s Purse President Franklin Graham, who spoke at a dedication event for the warehouse. “This warehouse enables us to help people (quickly and efficiently) in Jesus’ Name.” 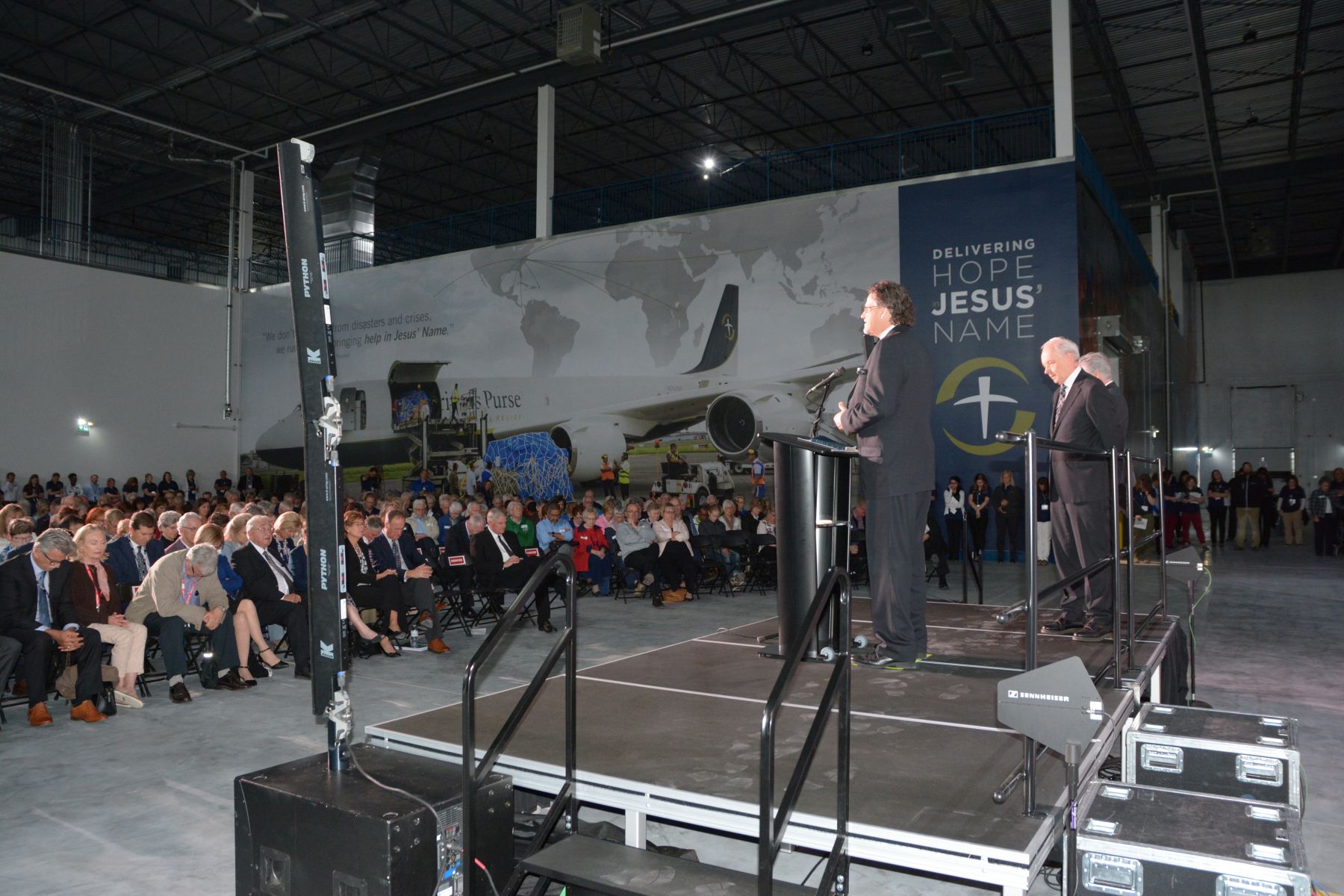 Calgary pastors Wayne Smele from Centre Street Church and Ray Matheson from First Alliance Church, along with the Alberta provincial court judge Darrell Riemer, prayed for the warehouse during the June 7 dedication ceremony. 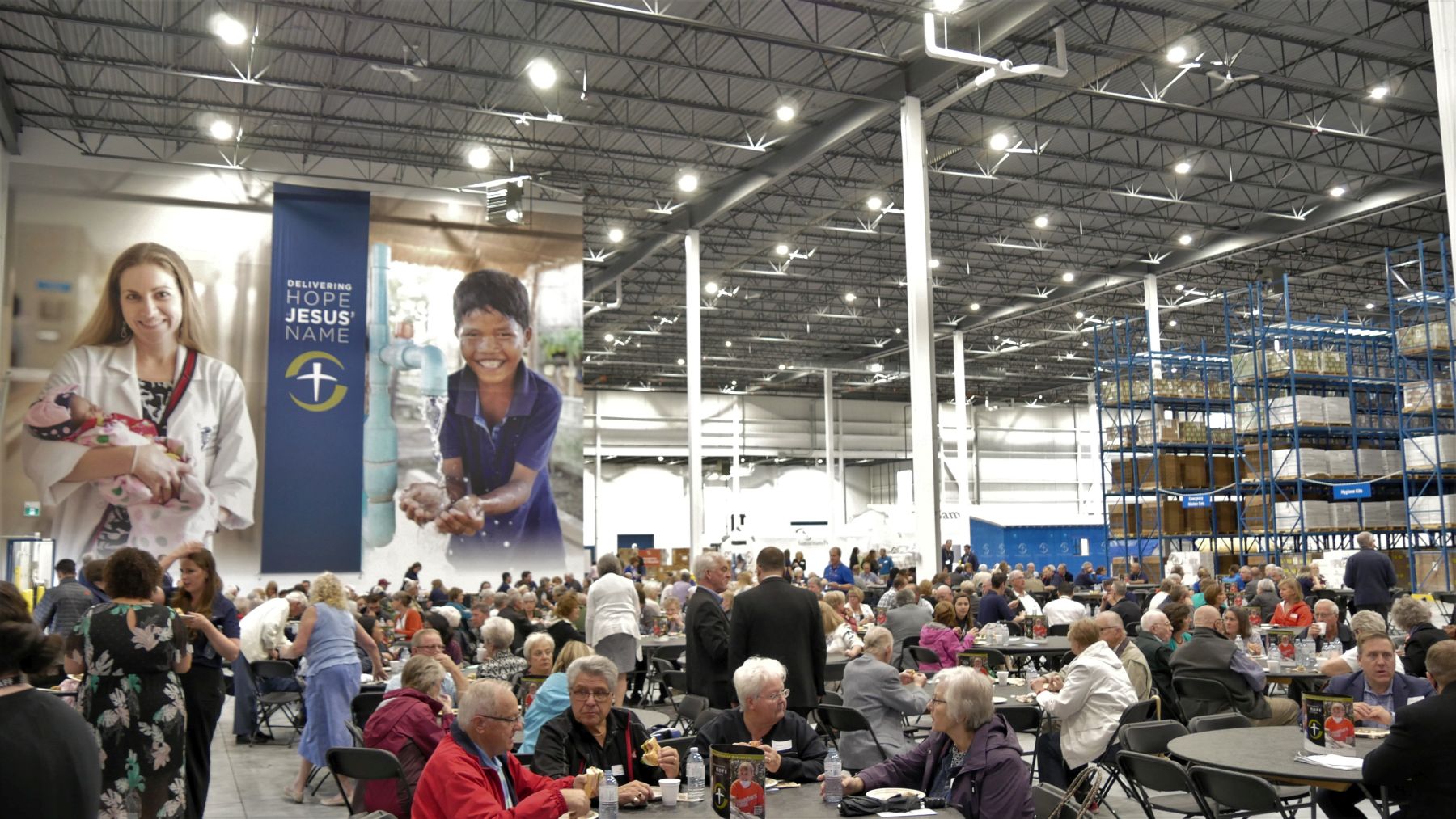 Guests enjoyed a meal at a temporary cafeteria set up in the new warehouse for the dedication and open house. 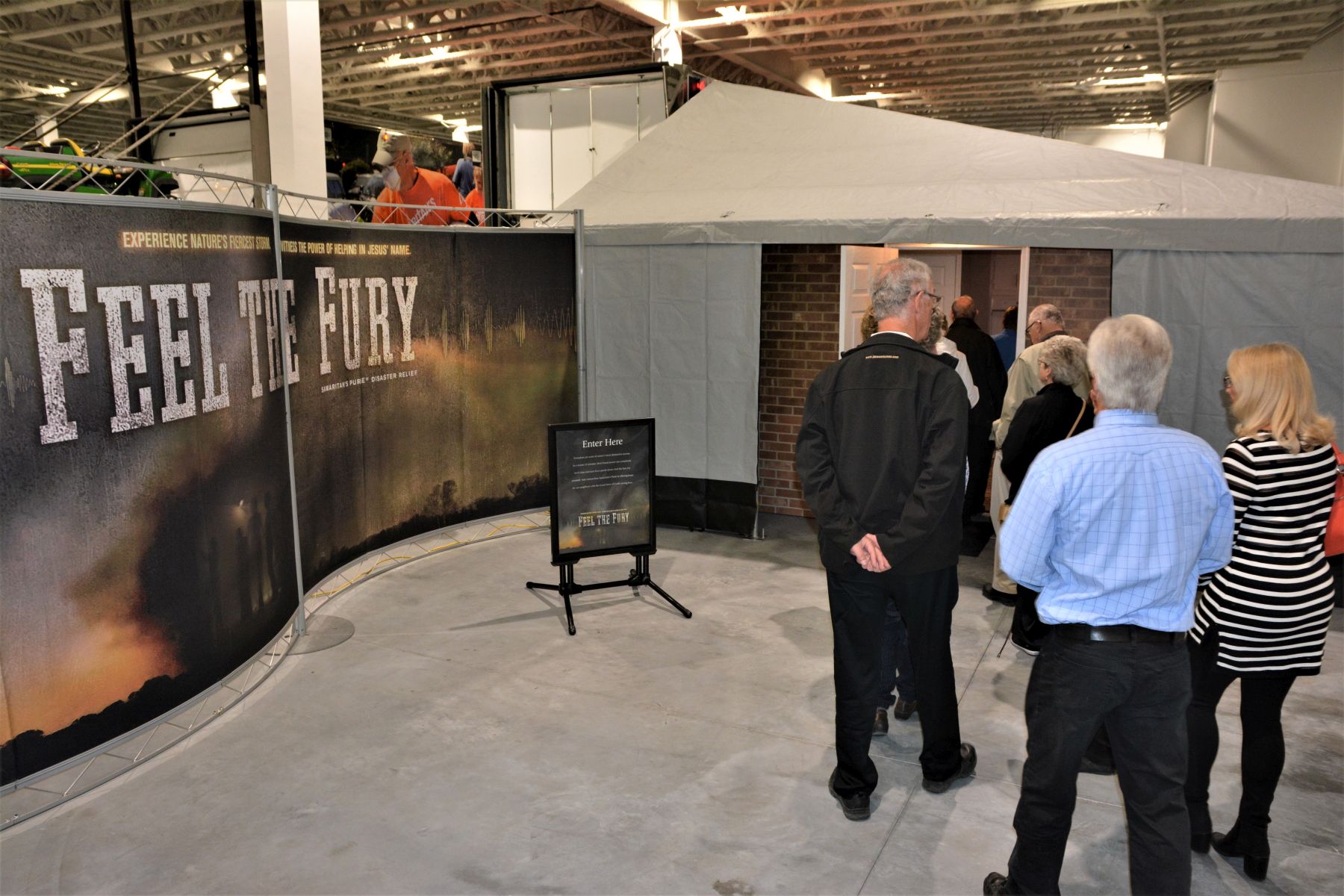 One of the special exhibits was “Feel The Fury”, which allowed guests to safely experience a tornado. 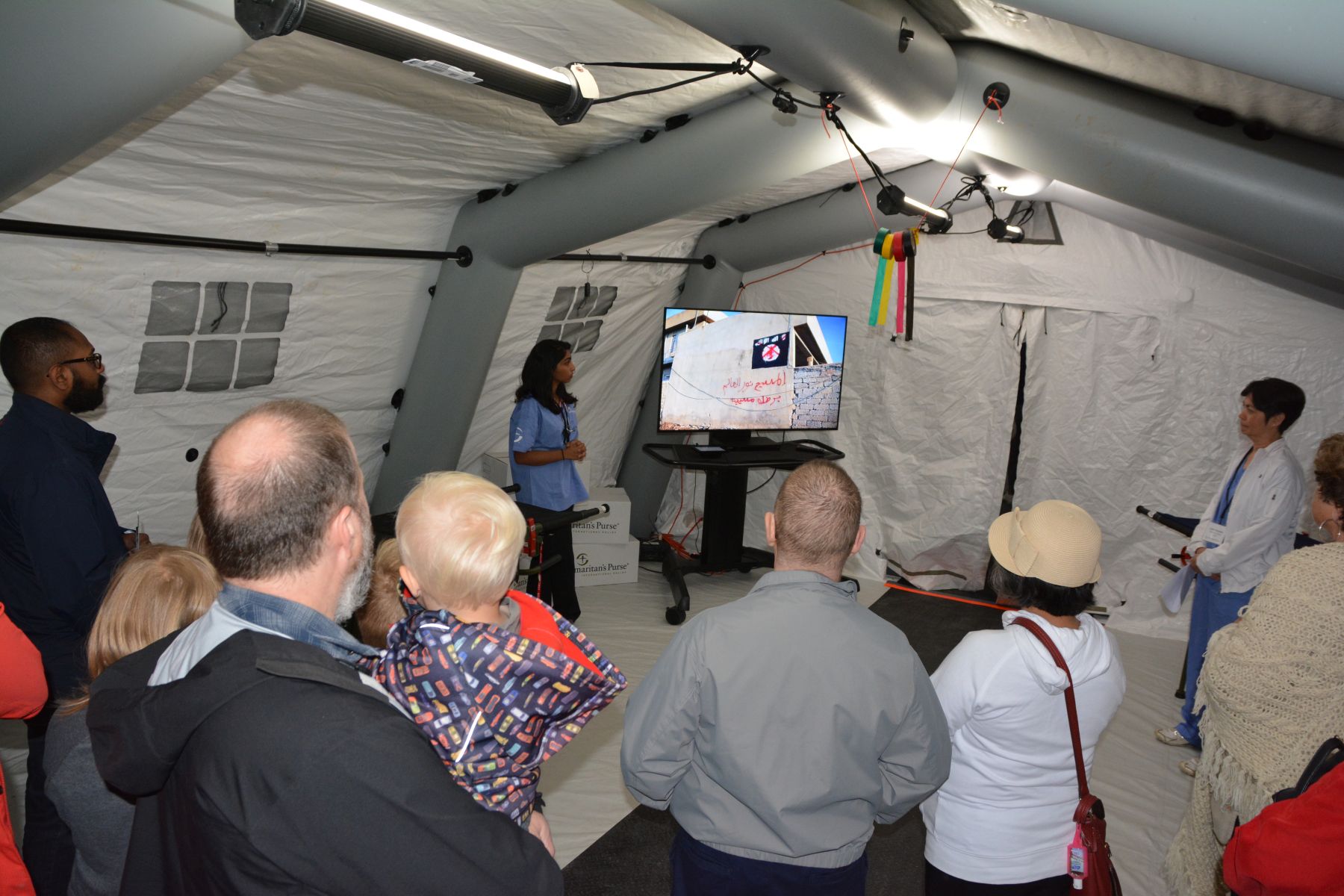 Staff toured guests through an Emergency Field Hospital, which Samaritan’s Purse has set up and operated in disaster and war zones. 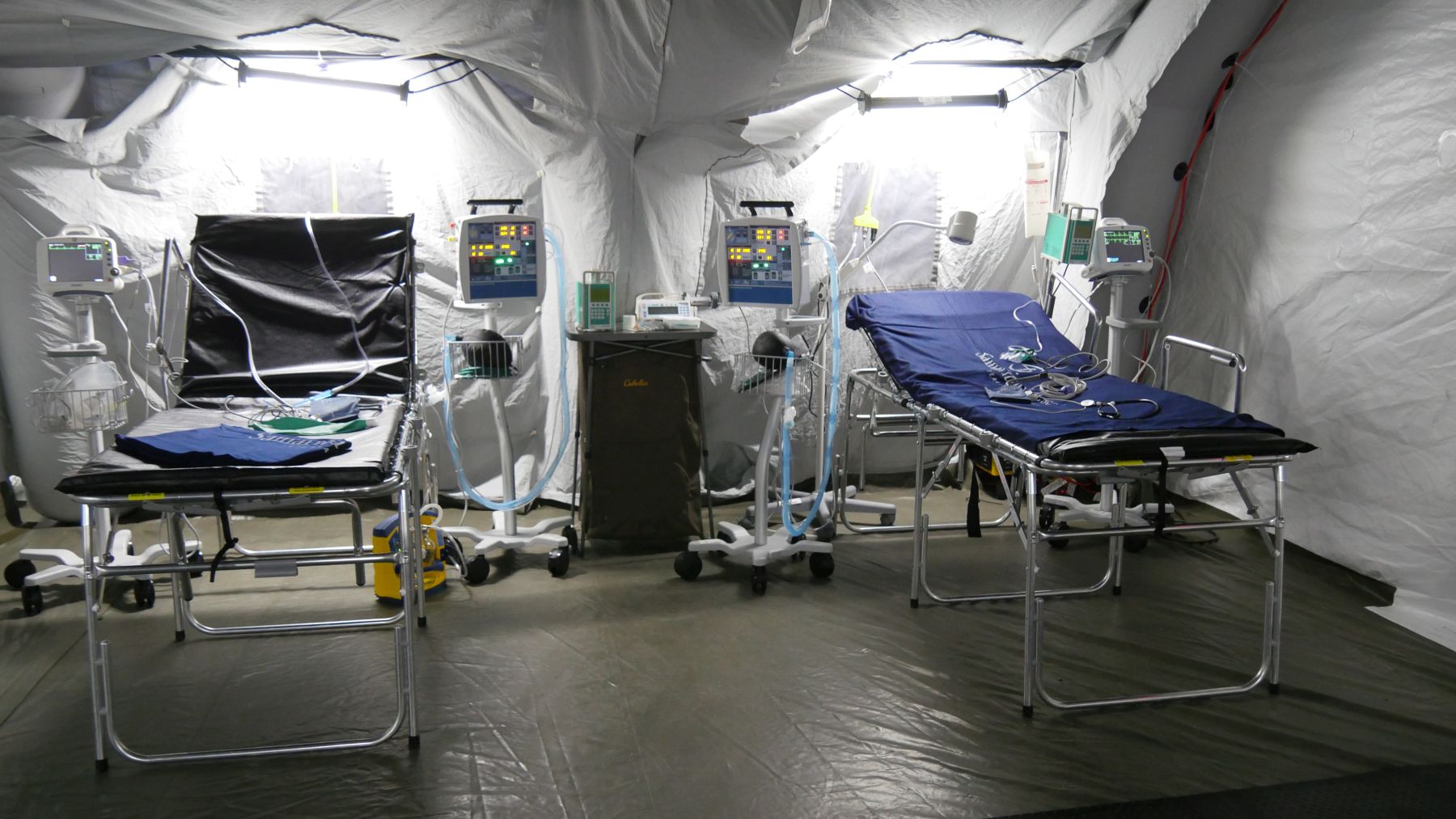 At maximum capacity, the emergency field hospital staff can treat more than 100 patients, perform 15 to 25 surgeries daily, and function as a full hospital. 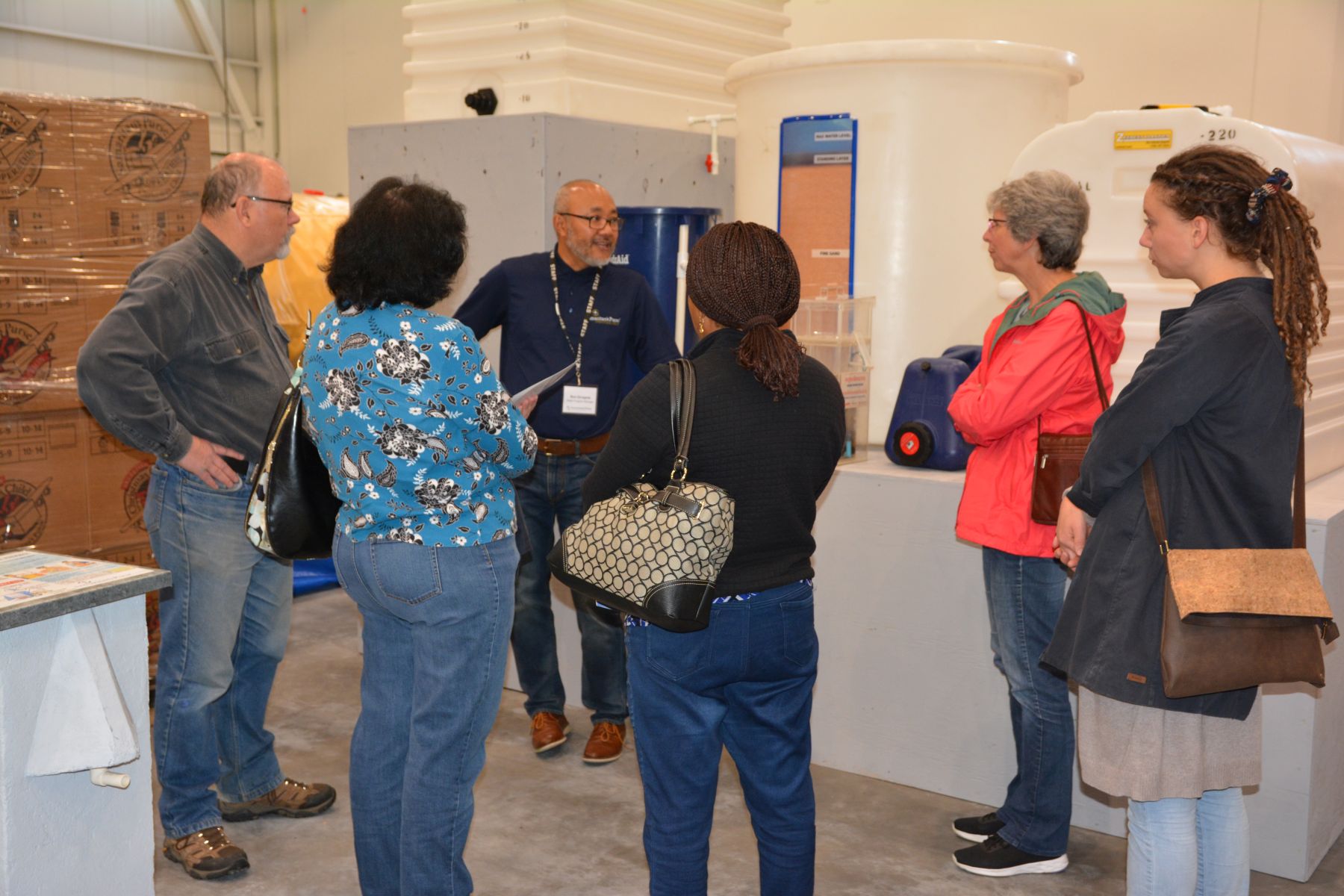 Providing long-term safe water in developing countries is a major project for Samaritan’s Purse and we had a chance to show guests the filters we construct and provide to families and schools in countries like Nicaragua and Cambodia. 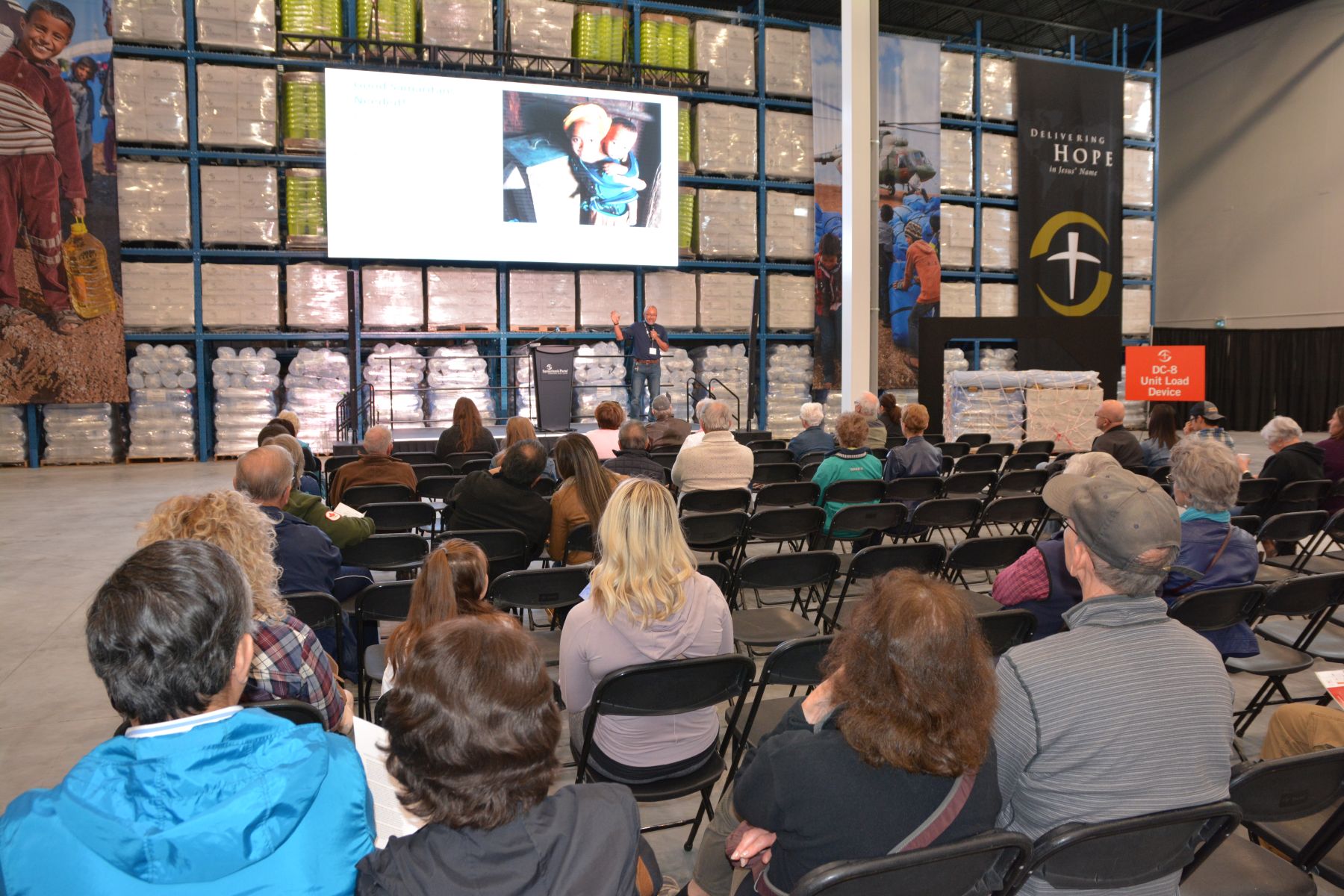 During the Open House, staff experts spoke on topics such as providing safe water in the developing world and responding to natural and medical disasters. 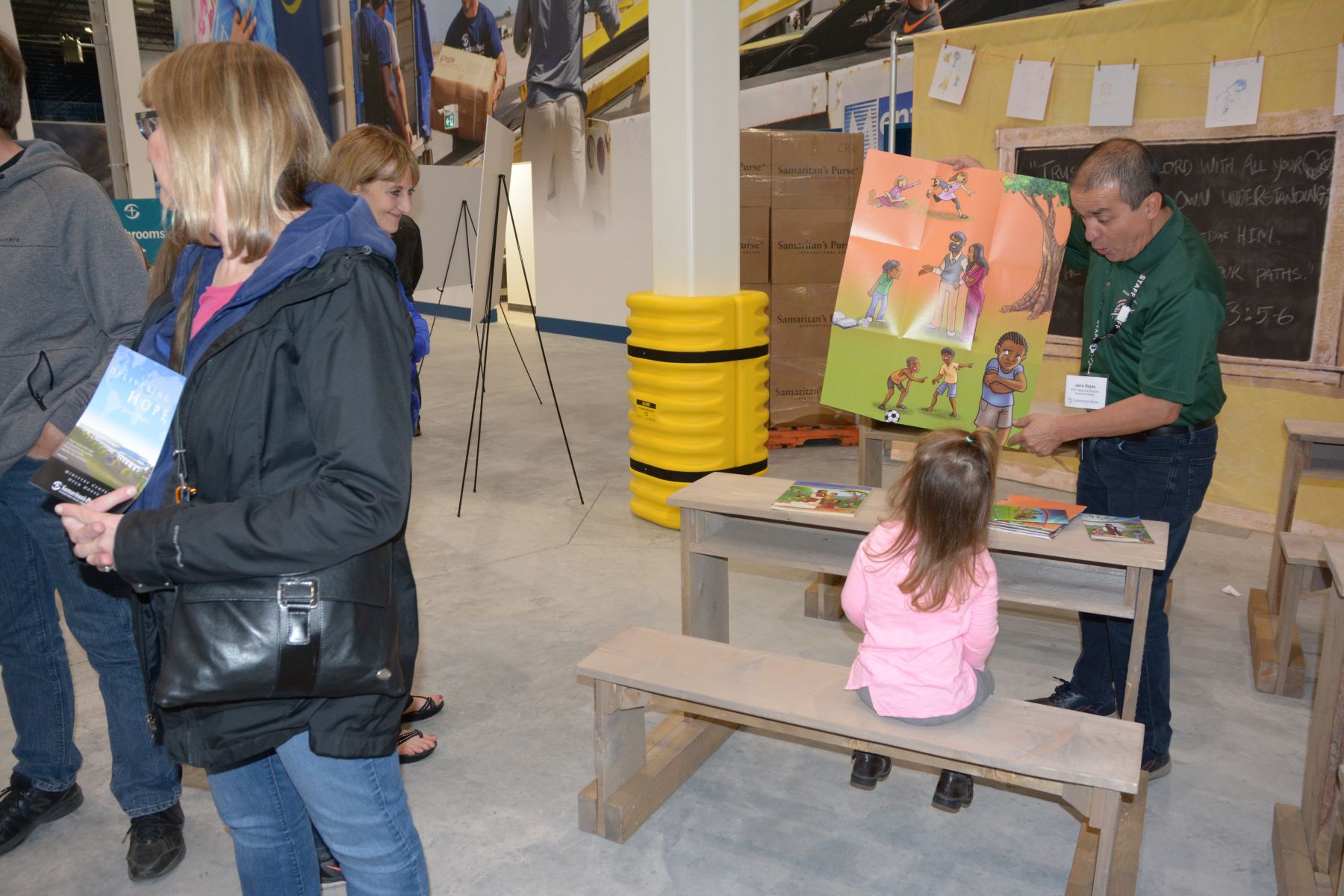 A child gets the basics of following Jesus during an impromptu presentation of The Greatest Journey. It’s a 12-lesson Samaritan’s Purse evangelism and discipleship program offered to children who have received Operation Christmas Child gift-filled shoeboxes. 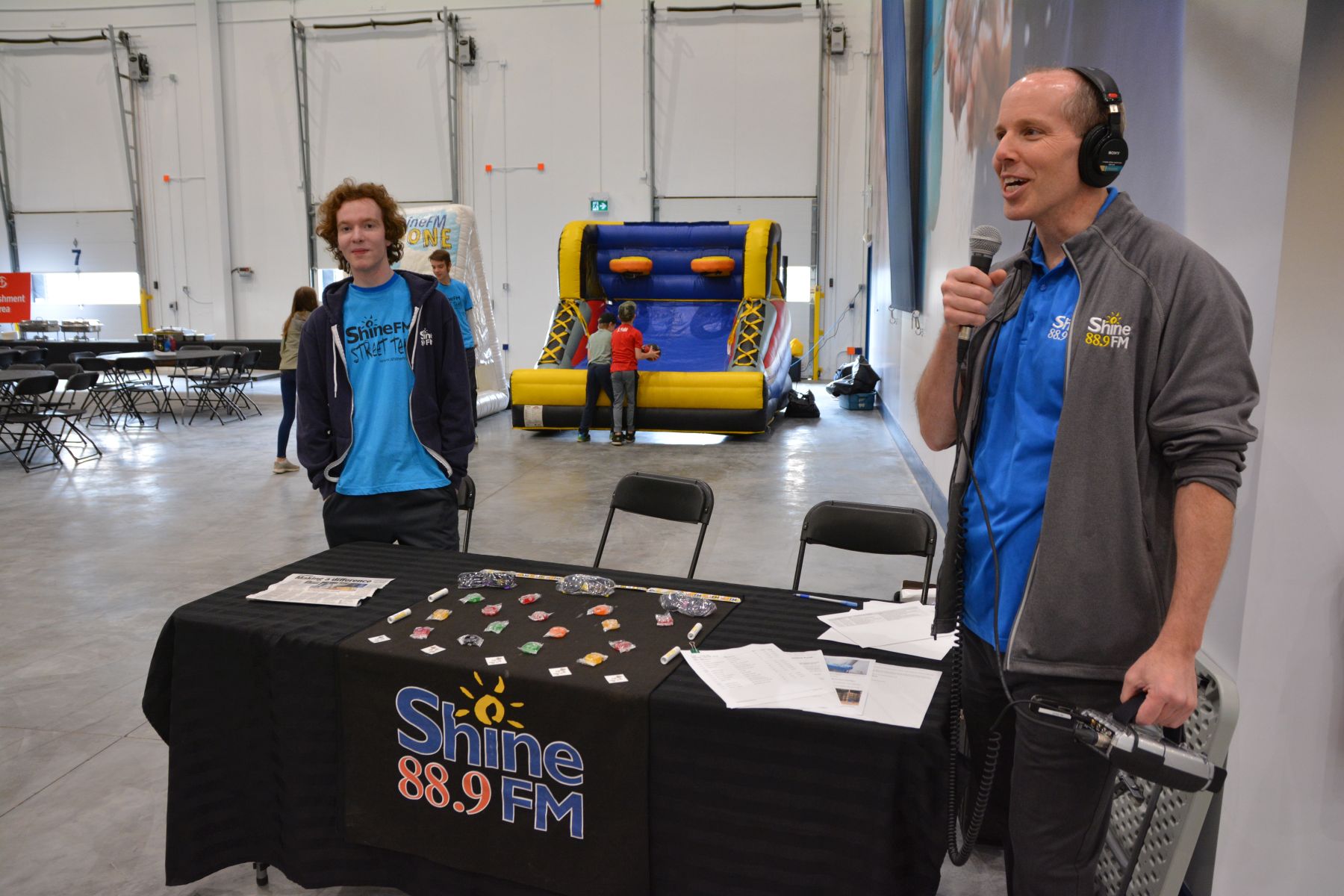 Calgary Christian radio station Shine FM did a three-hour “remote” broadcast at the warehouse on June 8. 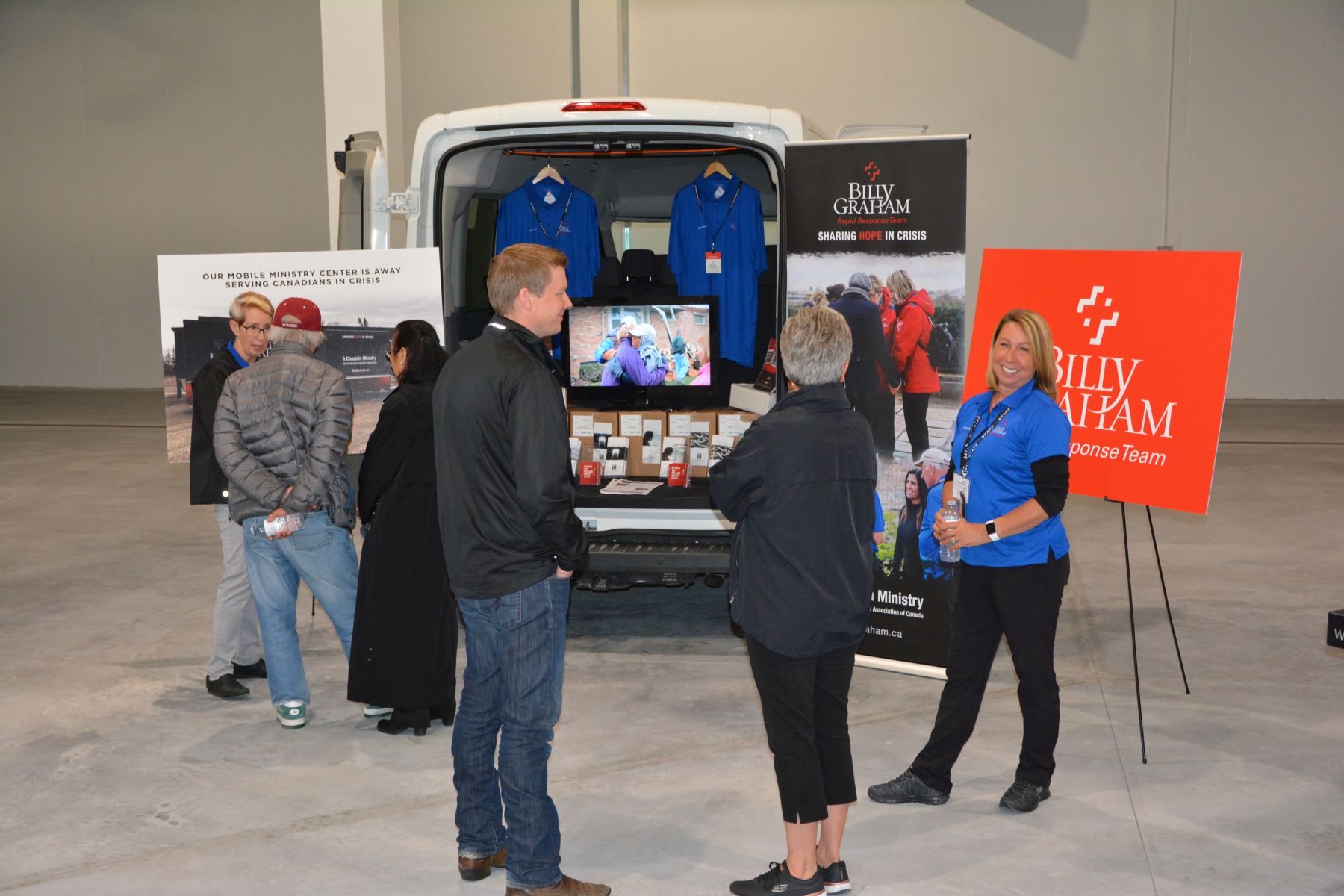 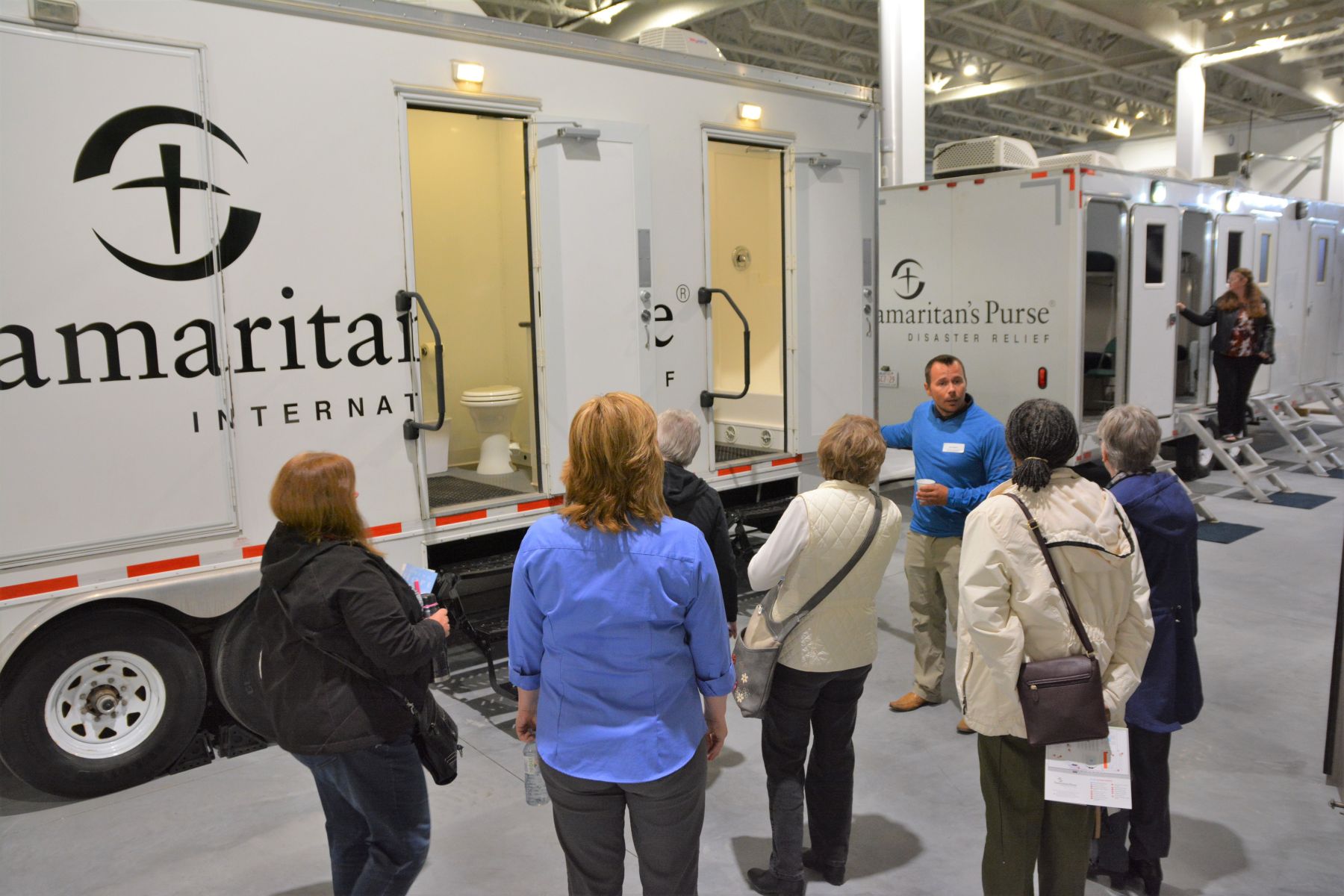 Guests learned about Samaritan’s Purse’s Canadian disaster relief work as they toured through one of our Disaster Relief Unit tractor trailers (below) and support vehicles (above). 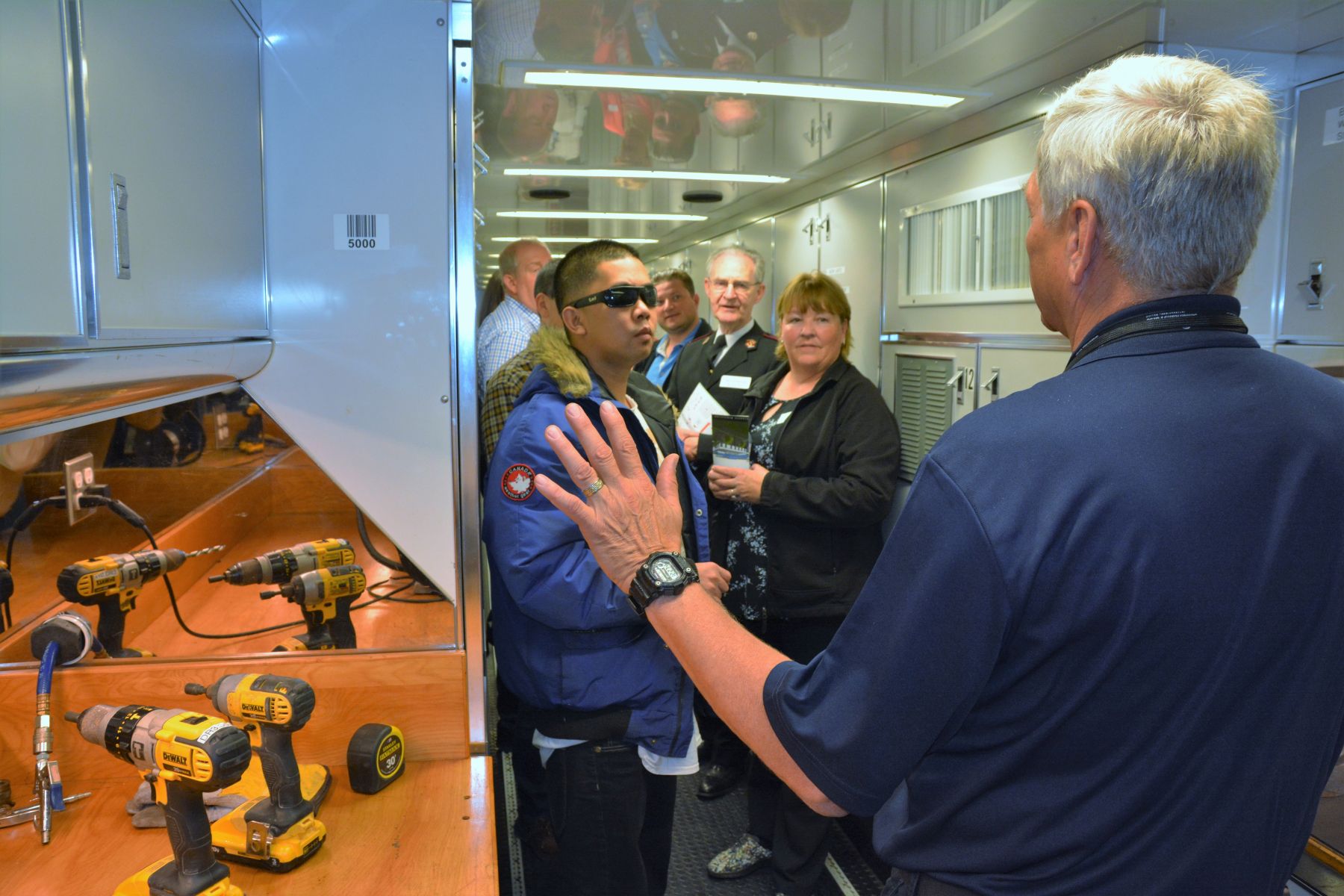 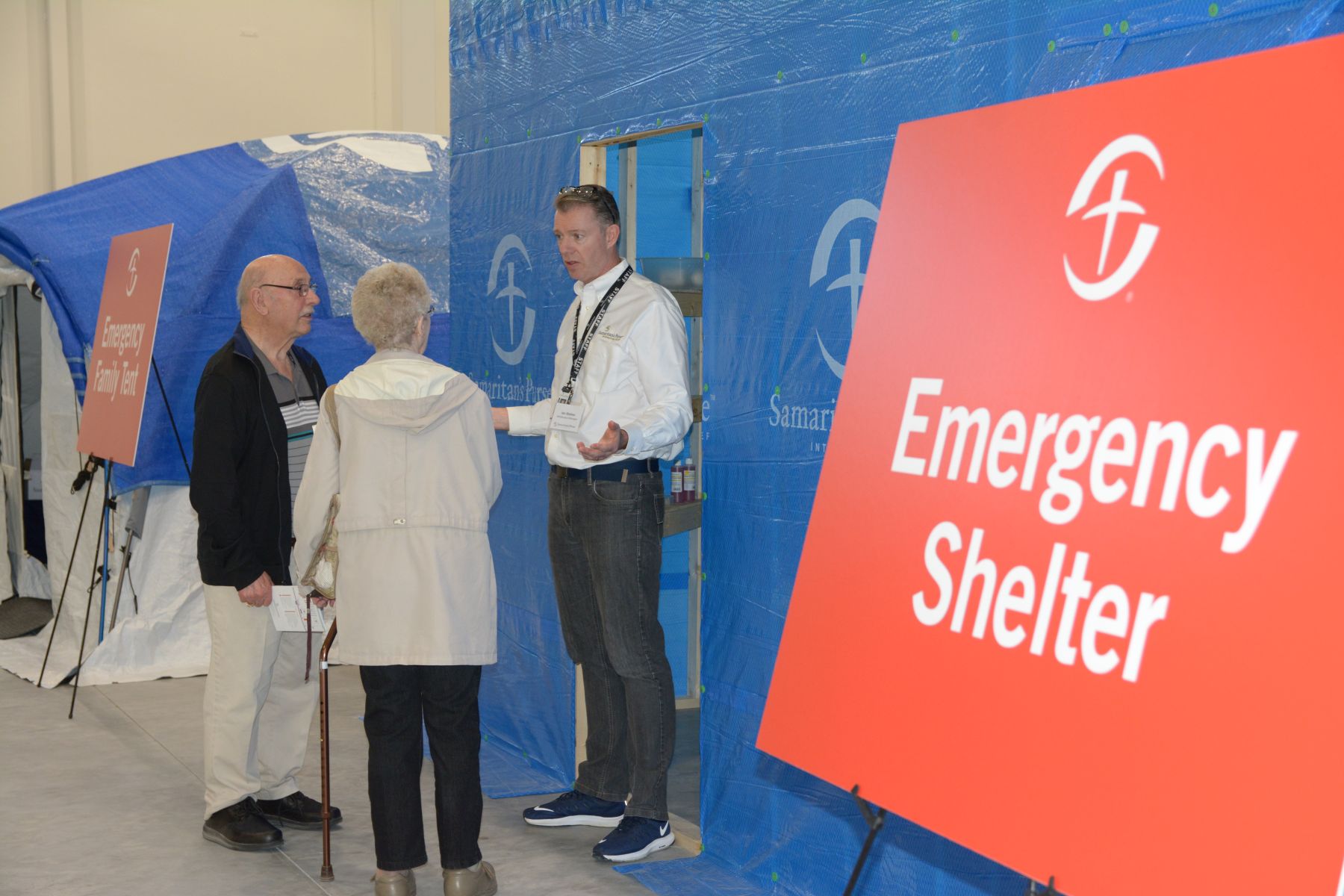 Visitors learned about temporary shelters that Samaritan’s Purse has built for disaster victims in places like Haiti.