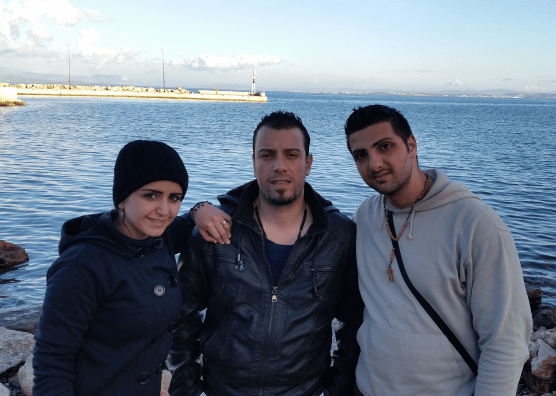 Samaritan’s Purse helps Syrian refugee who fled persecution for his faith in Christ.

Left to right above: Rana,   a friend named Tarek, and Karam

Today, while offering help to migrants, I noticed a man wearing a cross necklace and approached him to inquire. During my initial exchange with him, he shied away from me.

Later on, when I was done, he came over and asked why I was inquiring about the necklace. I said usually people wear something like that as a reminder of Jesus. Then he began to open up.

Karam Laflouf, 25, is a refugee from Homs, Syria. He was studying to be an architect when the war in Syria began to threaten his life. Most of his family are now outside of Syria, in places such as Germany and the Bahamas. 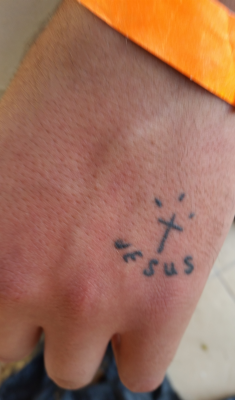 His father and mother stayed in Syria because their advanced ages made it too dangerous for them to escape.

Karam, a Christian,  was involved in his church community in Homs, overseeing three youth groups. Along with his schooling, he wanted to continue building the Kingdom in the |Middle East through ministry.

Fearing persecution, Karam didn’t wear the cross necklace in Syria. Instead he had a cross and the name ‘Jesus’ tattooed on his hand.

He told me about a friend named  Rana, who had to flee her home. Rana was hesitant to trust anyone after the horrors she’s experienced.

When people attacked her family, their house was destroyed and they fled. Some of her  friends were kidnapped and are still missing.

“Blessed are you when people insult you, persecute you and falsely say all kinds of evil against you because of me. Rejoice and be glad, because great is your reward in heaven, for in the same way they persecuted the prophets who were before you.” Matthew 5:11-12