Who Is My Neighbor? The Sky's the Limit. 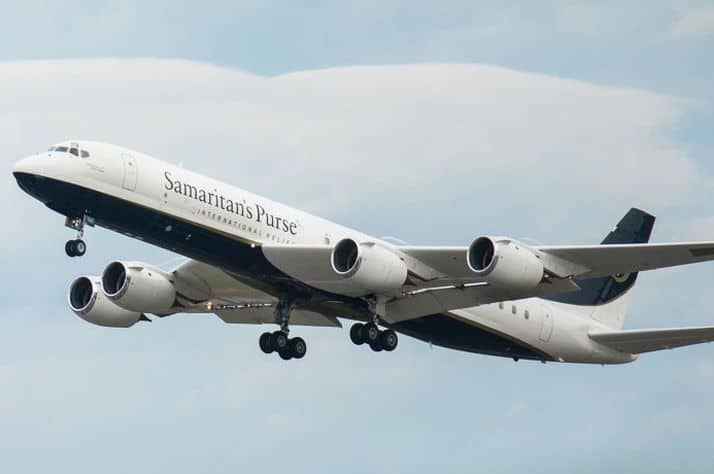 2015: Samaritan’s Purse adds a DC-8 airliner to its fleet, enabling us to respond with even greater speed with relief supplies and teams anywhere in the world.

Franklin Graham has been a licensed pilot since 1971, and aviation has long been a vital tool for the ministry of Samaritan’s Purse. In 1975, founder Bob Pierce took Graham on a missionary flight to a witch doctor’s village on the island of Borneo. 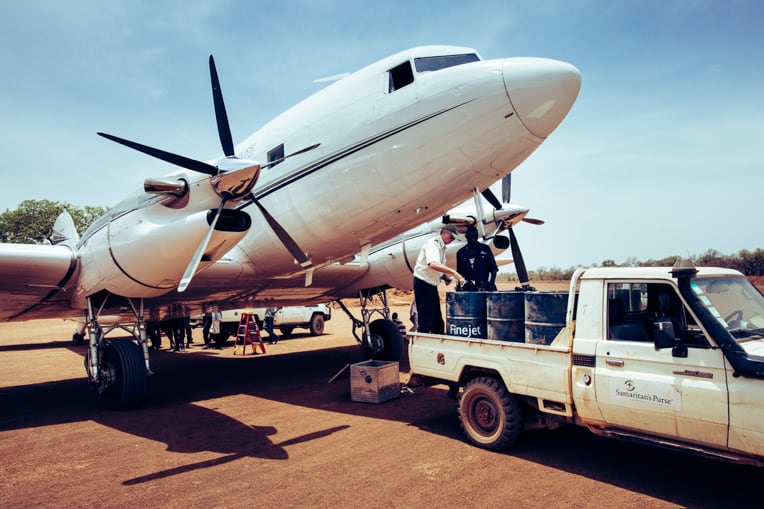 We use our DC-3 aircraft to transport relief supplies and teams to remote parts of Africa.

Their Cessna landed on a crude airstrip freshly hacked out of the jungle. “Buddy,” Pierce told Graham, “these people need to hear about Christ. That’s why mission aviation is so important. If it wasn’t for these pilots and their little airplanes, the Gospel of Jesus Christ might never reach an area like this.”

Samaritan’s Purse still flies Cessnas and other light aircraft to support relief and evangelism projects in some of the most remote corners of the world, but in recent decades the Lord has equipped us to take on even heavier burdens.

In 2001, we acquired a DC-3 prop plane that was built for World War II. It can carry five tons of cargo or up to 32 passengers and is rugged enough to operate on unpaved runways. At age 75, this airplane is still a workhorse for our projects in Africa, including in the remotest parts of South Sudan.

Helicopters and the DC-8

Over the last two decades helicopters have joined our fleet as well and have proven invaluable for delivering supplies and staff to hard-hit areas where runways are impassible or nonexistent. Our skilled “chopper” pilots most recently made multiple trips delivering cargo and people to the Abaco Islands where Hurricane Dorian had decimated whole communities. 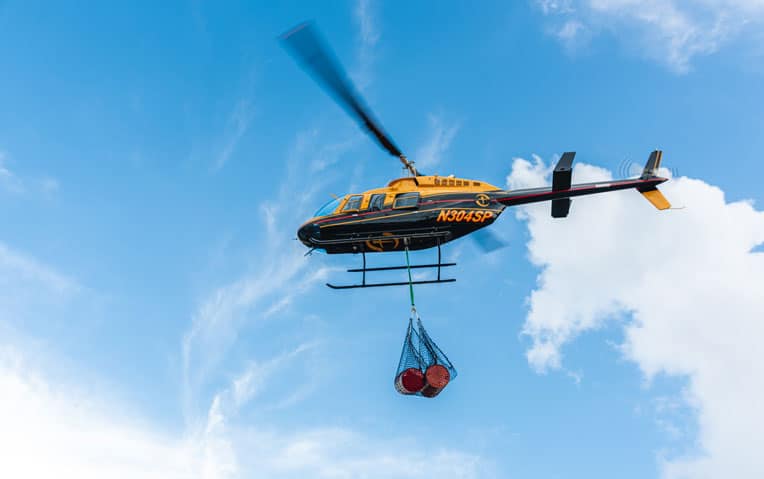 After Hurricane Dorian wiped out communities in the Bahamas last fall, our helicopters delivered much-needed fuel to cut-off parts of the island nation.

Without the use of our helicopters, these hurting people would have been cut off from the aid they so desperately needed.

In 2015, we had the opportunity to refurbish a DC-8 cargo jet that was about to be scrapped. This plane can carry 42 tons of cargo and 32 passengers, and it has a range of 7,000 miles.

The DC-8 gives us the capacity to respond immediately to disasters and to deploy our fully-equipped Emergency Field Hospitals to areas incapacitated by storms, earthquakes, and other catastrophic events. As a result, we’ve been able to send help immediately to survivors of an Ecuador earthquake, victims of ISIS terrorism in Iraq, epidemic disease outbreaks in Italy and Bangladesh, and tropical storms in the Caribbean, Mozambique, and the Pacific island of Saipan.

Most recently, the DC-8 has airlifted emergency supplies to Lebanon to help victims of the explosion that devastated Beirut. We provided critical shelter material as well as medical equipment and highly-trained medical teams to care for these suffering people whose lives were changed in seconds.

Ministry in the Last Frontier 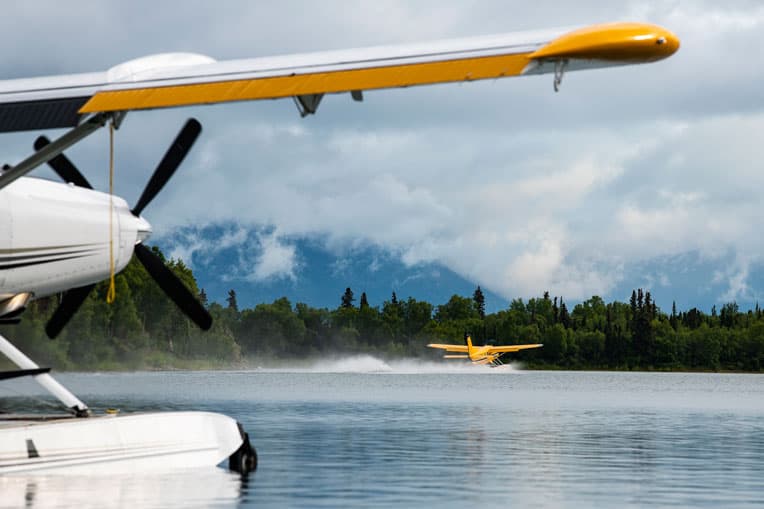 Samaritan’s Purse floatplanes, pictured in the foreground and distance, carry military couples into pristine places in the Alaska wilderness.

Alaska is also, of course, where our Operation Heal Our Patriots program has hosted more than 1,200 military couples at Samaritan Lodge since 2012. This ministry to wounded veterans and their spouses relies heavily on our CASA aircraft and floatplanes to transport these hurting couples to the lodge where they learn from Bible-based marriage classes and into remote parts of the Alaska wilderness for amazing, bond-building excursions.

During the close of the 2020 summer season of Operation Heal Our Patriots, we celebrated the miraculous things that God has done in lives over the course of the past nine years: more than 500 decisions for Christ, 630 baptisms in Lake Clark, and more than 580 marriages recommitted to God.