Samaritan’s Purse evangelists are meeting needs and carrying the Good News into remote Nigerien villages. They are seeing fruit even in this Muslim-majority nation.

Living in the vast desert of rural Niger, Ibrahim Sani had heard very little of Jesus Christ apart from some disparaging remarks made by local Muslim leaders. He’d been told Christians had horns, that they were demons.

Those are the kinds of things Ibrahim believed—that is, until Abdou Issa and his wife Ouma came to his village.

Abdou and Ouma are among the evangelists that Samaritan’s Purse has sent out to implement an innovative outreach program in the nation’s rural areas. 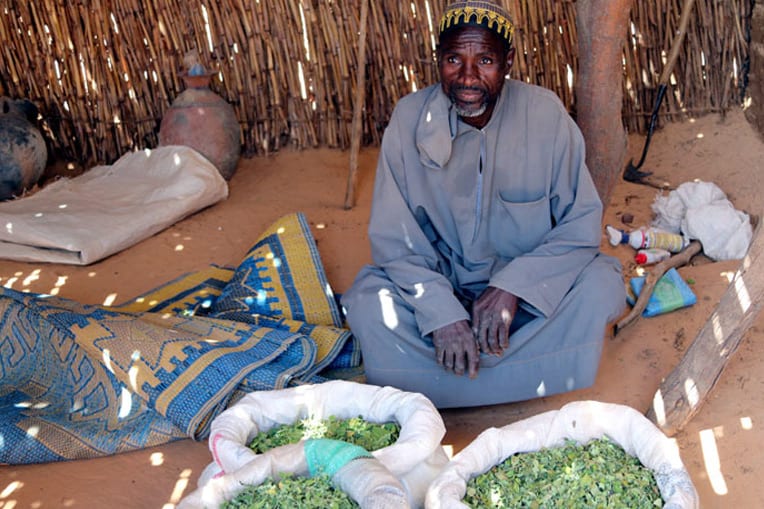 Samaritan’s Purse-trained evangelists are helping villages reap a bountiful harvest of crops. They are also seeing fruit as the Gospel takes root in the lives of some.

These men and women—all from local churches in Niger—move to remote villages for extended periods of time and teach communities how to make positive changes in the areas of sanitation/hygiene, health/nutrition, and agriculture. In the process, the evangelists form deep friendships and share the Gospel with their new friends.

By showing the Jesus film and providing digital files filled with Scripture and Bible study materials, they provide God’s Word to villagers in a way that doesn’t draw unnecessary attention.

After arriving in the village, Abdou started his work by teaching Ibrahim and others better sanitation and hygiene practices in order to prevent illness. Then he taught better farming practices that increased the cotton yields, including Ibrahim’s. Abdou was also able to help the aging farmer find medical care for his critically ill son.

These practical displays of kindness and wisdom opened Ibrahim to hearing more from Abdou, and this is when he learned the truth about Jesus Christ. He learned that Jesus was God’s Son and that He had died for his sins.

When Ibrahim received Jesus as his Lord and Savior, he was, at first, quite cautious about telling others. But after Abdou and Ouma showed the Jesus film in his village, Ibrahim decided to be more bold in sharing his faith. He now shares the Gospel whenever he can. 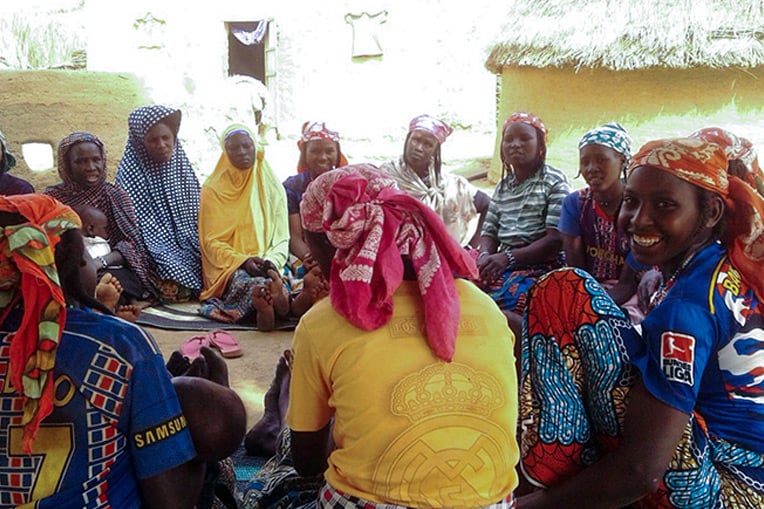 Women gather for a Samaritan’s Purse agriculture training in the village of Zangon Karin Kara, Niger.

In the beginning, this invited persecution from people he used to call friends.

“The Muslims in my village wanted me to convert back but I refused, so they said they would burn down everything I have built,” Ibrahim said, describing the open-air church building he constructed from sticks and scraps of lumber. “I told them this is something inside of me. I have come to the light. I can’t go back to the darkness. At that time, I had nobody else in my community but Jesus, and that was enough for me.”

Though Ibrahim was persecuted, he continued to passionately preach the Gospel and build his church. As time has passed, the community now sees that Ibrahim’s conversion is not hurting them, and that the evangelists’ work is, in fact, helping their village. Now even the main opposition leader to Ibrahim has a flourishing garden that Abdou helped him grow.

“At that time, I had nobody else in my community but Jesus, and that was enough for me.”

Ibrahim is still somewhat of an outsider in the village, but Abdou and Ouma are there encouraging, supporting, and discipling him and his family. They also attend services and prayer meetings at the church Ibrahim built.