The cost of obedience for a Samaritan's Purse staff member 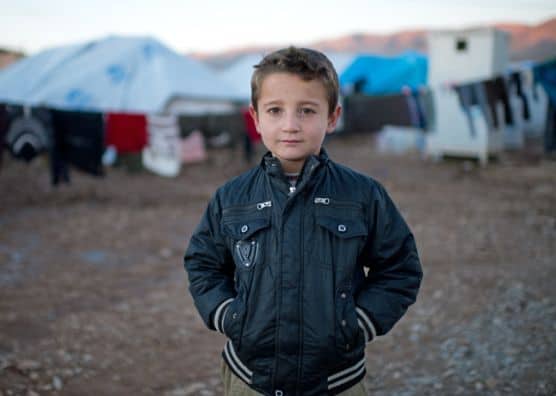 A year of battling a stubborn stomach illness has challenged one Samaritan’s Purse staffer to receive suffering as willingly as she receives blessing.

November, 2013—I’ve been sick for over a year. Not deathly ill, but down and out. Out of commission. Unable to leave my home for periods of time as my intestines wage war with foreign parasites and microbes. I have spent more days and nights flat in bed, running only to and from my bathroom, than I care to remember.

My days are hazy from lack of restful sleep and the weariness of a body wracked and emptied over and over. I’m a triathlete, so this year has been exceptionally difficult as I’ve gained and lost more than 10 lbs four times, forcing me to give up my beloved triathlon racing.

As a regional manager for the Samaritan’s Purse Household Water Program, I travel extensively in Africa. Last summer, I spent time in a refugee camp in South Sudan, where I caught an unwelcome pathogen that was never diagnosed, but from which it took me six months to recover.

Since my time in the refugee camp, all other bacteria seem to have taken a liking to me. Every trip I’ve taken to Africa since has been overshadowed by sickness, weight loss, fatigue, and side effects from the strong drugs used to kill these pathogens.

I coordinate entire projects that bring healthy, clean, safe water to communities, allowing whole families to escape from the intestinal struggle that I have repeatedly faced over this past year. With the clean water that Samaritan’s Purse Water Projects brings, parents can go to work and children to school, free from diarrhea and other illnesses that their water used to give them.

And here I am, struggling to free myself from the grip of the same malady.

The fight is not just physical. I question God as I wake up to another day of nausea and relentless fatigue. I suppose there’s a sense of expectation, that when I signed onto the calling of working overseas, part of the deal was that I would do His work to the best of my abilities and in return God would keep me healthy while I’m doing it.

But is that a promise He makes in His Word?

Doesn’t the Bible tell more stories of men and women who suffered greatly and whose ministries cost them significantly, than people who served comfortably and without sacrifice?

God has asked me repeatedly over this past year…

Do I love Jesus for what He gives me (assurance of health), or do I love Him for Him alone? There’s a cost to obedience, there’s a sacrifice involved in serving. Am I willing to face the costs just as willingly as I receive the blessings?

There have been many, many blessings in my work over this same year that has been marked by illness. Children in Tana River, Kenya who used to walk 20 kilometers to get water can now attend school because safe water is now available in their communities. Women are building latrines so they don’t have to risk rape when they go to the bush when nature calls. The Living Water of Jesus Christ is being shared all over the world.

I don’t know what pathogens are still making their home in my gut. I don’t know why I seem to be so susceptible to contracting these parasites and bacteria, but God does. I’m learning ever so slowly to trust that Jesus’ plans are greater than mine, His plans for me (including these sicknesses) are good, and He does have my back even if it feels like He’s not aware of my suffering.

He’s showing me day by day that there will come a time when I will have a better understanding of the reasons for my own suffering, as well as the suffering of the many men, women, and children I meet and serve throughout the world.

In the meantime, “I press on to take hold of that for which Christ Jesus took hold of me,” (Philippians 3:12, NIV) confident in the knowledge that His work is being done—in Kenya, in Africa and even in me for His glory and my refinement.