Teaching our grandchildren a giving mindset 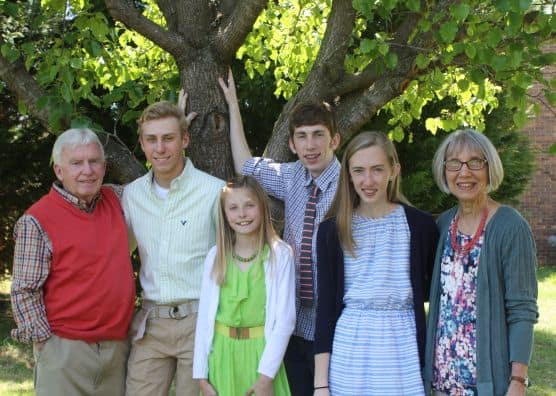 Pat Cameron, grandmother to Noah, Piper, Cam, and Bronwyn, wrote Samaritan’s Purse a letter sharing how her grandchildren are being introducedâ€”and inspired to care forâ€”the needs of others.

My four grandchildren were visiting me and I wanted to give them another opportunity to see the needs of others. I had three recent newsletters from Samaritan’s Purse and I gave one each to the two older boys and let the two younger girls share one. I told them I had $100 to donate to a worthy cause. It was their job to find a cause that interested them from the newsletters and then ‘sell’ the idea to the three ‘judges’-their moms and myself. Whoever did the best job would get $100 for their project.

The girls got busy right away making a sign and a script. The boys seemed totally disinterested, so we weren’t expecting much of a competition. After a half-hour, we said it was time for the presentations. Well, we were absolutely blown away. They all took it completely seriously, giving three very different but equally convincing presentations.

The girls gave a compelling dialogue about supporting young mothers in Costa Rica.

One grandson gave a very dramatic presentation on the value of tree planting in Niger.

The other grandson brought us to tears with his passion for the unborn children in Cambodia.

When they were finished, it was time for the judges’ decision. After a short deliberation, we called them all back and gave them our verdict. They had all done a fabulous job and we could not choose just one winner, so we dug a little deeper into our pockets and came up with $100 for each of their projects. Their faces showed their delight and surprise with our decision.

We will continue to find ways to keep them interested in giving to others while they are young and hopefully foster a giving mindset that lasts a lifetime.

Where Most Needed - 012000
$
Donate
Top Stories
Distributing Medical Supplies in Ukraine
Relief Work Wraps Up in Ottawa and Hay River
“Samaritan’s Purse has Helped Me so Much”
A Father’s Journey to Overcome Hunger
Equipping Unsung Heroes to Deliver Relief Deep Inside Ukraine
© Copyright 2022 Samaritan's Purse Canada. All rights reserved.