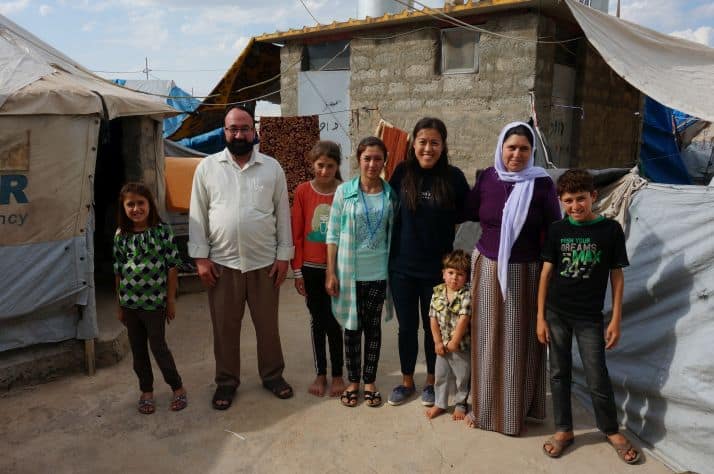 A woman on the run from violence and instability receives medical help, and hope, from Samaritan’s Purse and donors like you.

Halo Jrdo, a 40-year-old mother in Iraq, could do nothing but lie flat on her back, day after day, because a back injury claimed her mobility and her hope.

Her eight children, who had not been in school for two years due to the violence and instability that surrounded them in the war-torn nation, took turns massaging her arm and legs to try and ease some of her suffering.

The family had been on the run from violence for years, and their future looked bleak. But that was before God stepped in through Samaritan’s Purse and financial supporters like you.

In 2007, Al Qaeda attacked Sinjar, the Iraqi town that was home to the Jrdos family. Halo’s husband was injured and five cousins were killed. Halo developed back trouble at this time and eventually had surgery on two spinal discs. However, the surgery was not successful and the pain returned just three months later.

An ISIS attack in 2014 forced the family to flee to Kurdistan, a section of northern Iraq that is not under ISIS control. 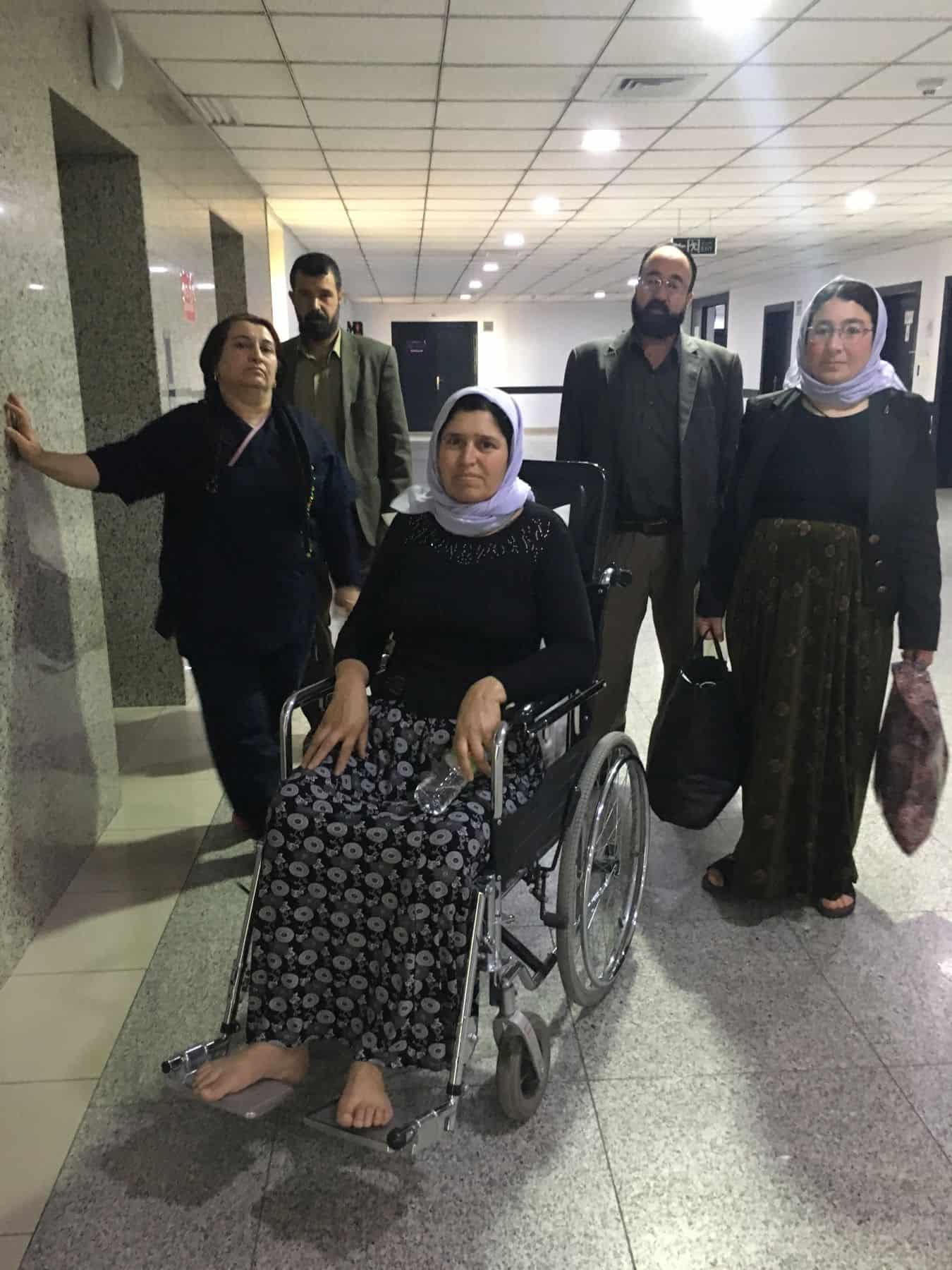 Halo leaving the hospital in Erbil, with family members, after surgery to repair her back.

It was the center’s medical services that would become a beacon of hope for the family. Staff met with Halo in early 2017, confirmed her need for spinal surgery, then took her to a hospital in the Erbil, Kurdistan’s capital city, in April and paid for the surgery.

Two days later, Halo left the hospital in a wheelchair, with family members rejoicing at the surgery’s success. Meanwhile, people who had been attending carpentry classes at Grace Community Center built Halo a bed to aid in her recovery.

A Samaritan’s Purse team member has since visited the family to check on Halo’s recovery.

“It is amazing to see Halo’s progress. She is able to stand up tall and straight, and is getting used to walking around again,” the team member said. “Her family is so happy to see her progress, and we always remind them that it is God’s grace.”

Many more people in Kurdistan, like Halo, need physical, emotional and spiritual help. You can provide it by partnering with Samaritan’s Purse through your donations and prayers. Please join us in this mission to show Christ’s love and compassion to those who have suffered so much.