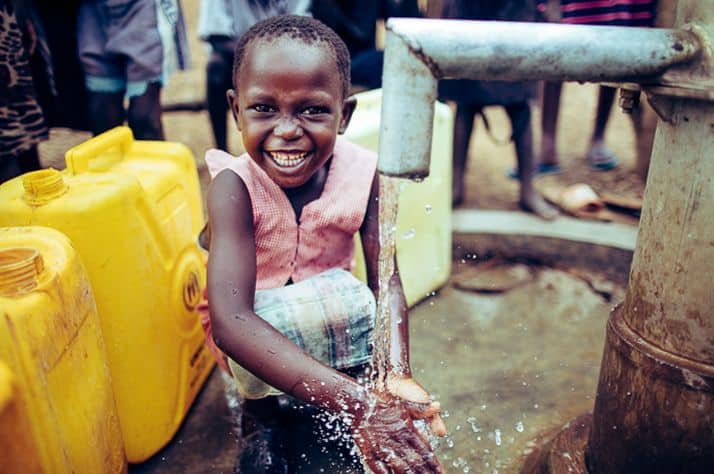 Refugees share about life in Bidibidi Resettlement in Uganda, and the conflict that plagues South Sudan.

Refugee Margaret Jerwa continues to offer up prayers for South Sudan, even while she lives in a Ugandan resettlement camp.

“I pray that they will come to God,” she said. 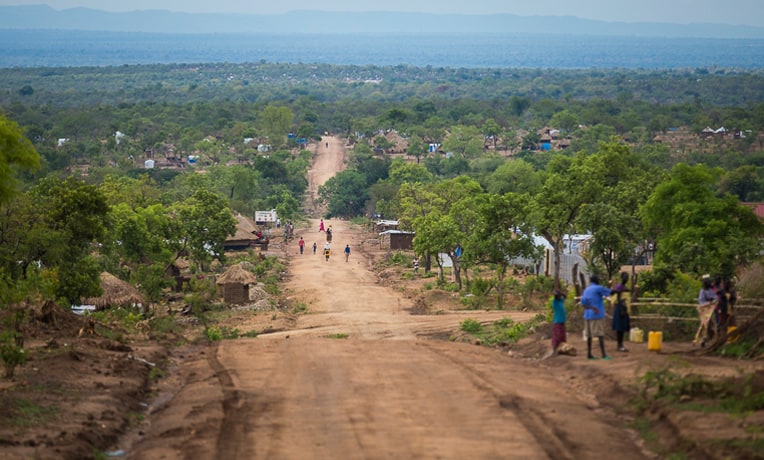 When South Sudan celebrated independence on July 9, 2011, the international community also celebrated the end of 25 years of bloody conflict with the country’s northern neighbor Sudan. However, peace and stability in the world’s newest nation lasted only two short years. As South Sudan’s sixth anniversary approaches, the country has now been in conflict twice as long as it’s had peace.

“There is peace in Sudan,” said Hasan, a refugee living in Bidibidi since November 2016. “The Sudanese are laughing at us. We have failed to rule ourselves.”

Fleeing the Dangers of Home

Refugees continue to flee for food and stability to neighboring nations, including Kenya, the Democratic Republic of the Congo, Uganda, Sudan and its impoverished region of Darfur. Some refugees even long for the days when Sudan and South Sudan were united.

The Bidibidi Refugee Resettlement seems endless. This area of rural northwest Uganda is the remote locale where many South Sudanese have had to resettle. It can take almost an hour to venture from the closest town. More than 270,000 refugees have chosen this isolated region in place of everything they’ve ever known. 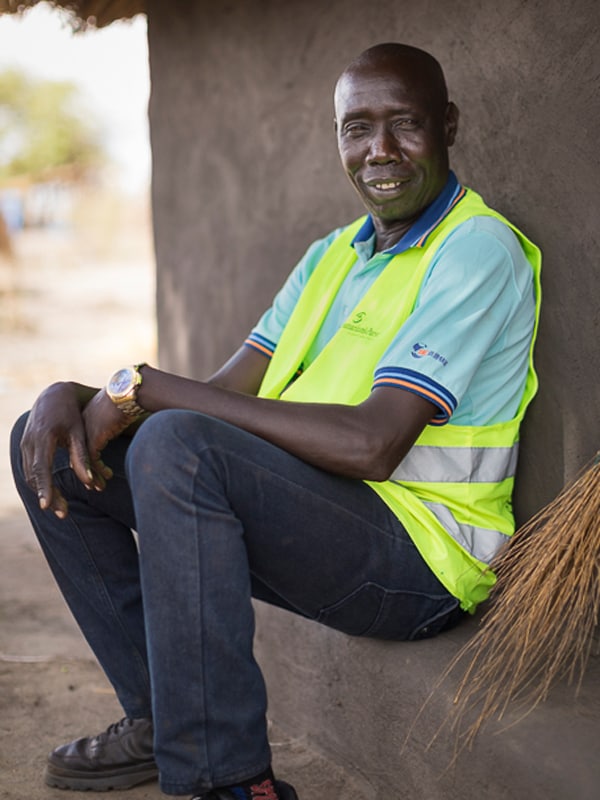 Hasan in front of his home.

Divided into five zones, each area usually represents the month when the refugees arrived. Many refugees even remember the exact date.

“We came on 14 November 2016,” Hasan Moroh said, who lives with his family in zone five, the last zone filled. A father of four children, his family walked for two weeks to the border from South Sudan. A perilous journey fraught with rebel troops lying in wait to prey on unsuspecting travelers. Once Hasan and his family arrived, they faced a whole new set of difficulties.

“There were lots of challenges when we first arrived,” Hasan said. “A shortage of water, few boreholes, and a limited amount of food. Many went to the bush in order to find more food.”

There is also no light in the resettlement at night, which means that the darkness often hides dangers like scorpions and snakes.

Life in the Camps

Hasan is now a member of the Samaritan’s Purse Water Committee in his community. His family and others have received tools to build latrines near their homes, which helps reduce risk of contamination and sickness. Samaritan’s Purse also has built a borehole in their district, and this should provide a steady supply of clean drinking water.

But the needs in the resettlement are unending. In order to keep up with the number of people arriving every day, they need at least four boreholes built. Drilling continues but the demand continues to grow. It’s difficult to keep up. 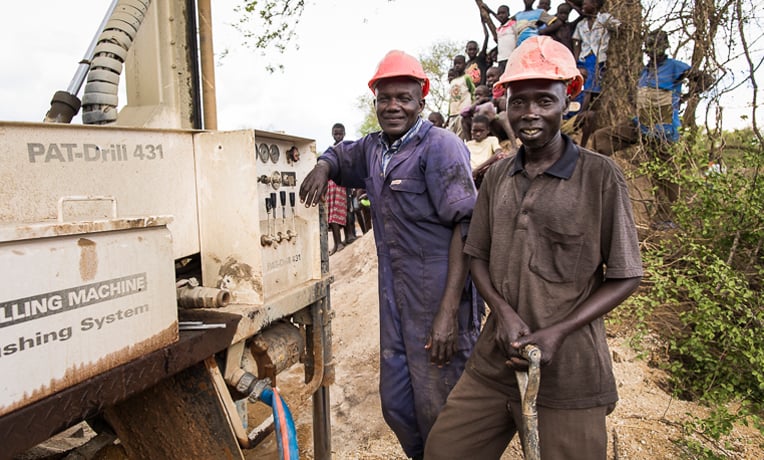 For Chris Mawa, drilling boreholes is just part of his daily routine. A driller for over 20 years, he recently joined Samaritan’s Purse drilling teams in Bidibidi. Mawa had worked in South Sudan for ten years, and when he started work in Bidibidi he came across a familiar face—Cosmas, a water engineer he’d worked with in South Sudan.

“He was happy when he saw me,” Chris said. “It was good to see him again.”

This unusual reunion demonstrates the unique situation of the South Sudanese conflict. It’s not just the impoverished fleeing. Many educated professionals and skilled laborers also have been forced to leave the war-torn country.

In South Sudan, Hasan Moroh was a counselor for his county and a grammar teacher. As the war spread, he felt it was time for him and his family to finally pack up and leave.

Life is difficult in the resettlement. There are few jobs and the nearest school has a ratio of one teacher for every 250 students. This leaves little hope for those who want to finish their education after the war’s hardships.

John Ayume, 21, would like to be able to finally finish his education one day. He has completed up to senior four and was hoping for a scholarship to complete the rest, but the possibility of completing school seems more and more like a distant dream.

“I couldn’t fulfill my future promises. I left many things behind,” John said. “The war has affected my education.”

John came to Uganda with his mother and five orphaned or unaccompanied children that they found on the road to South Sudan. He is also part of the Water Committee with Hasan and is helping educate families on proper hygiene. 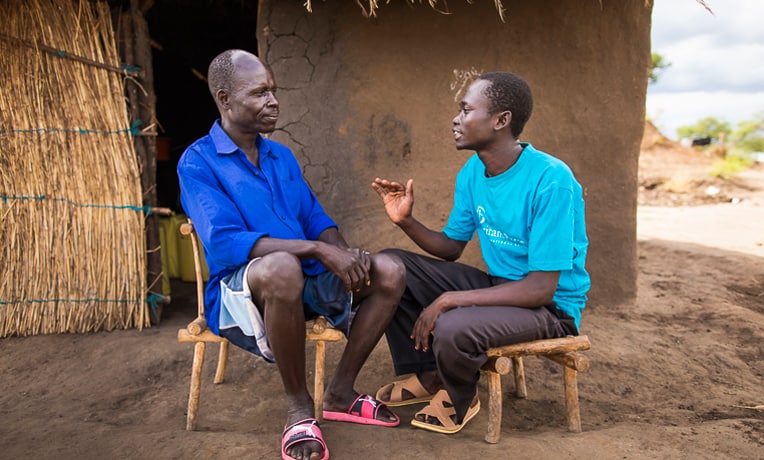 John Ayume speaking with a beneficiary in Bidibidi.

“Right now, I’m working with Samaritan’s Purse which helps me,” he said.

When asked about the future of his homeland, John did not have much hope of returning home.

“The conflict is going on seriously,” he said.

It’s hard for him to believe peace will ever return to South Sudan.