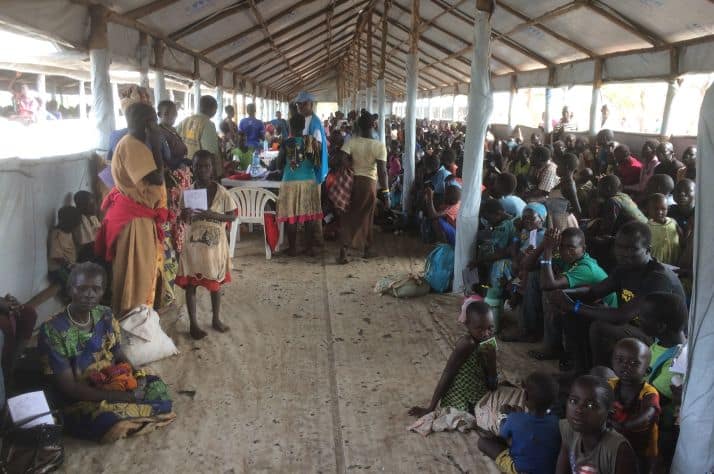 A widowed mother of two small children from South Sudan is thankful to be alive, and receiving United Nations food rations administered by Samaritan’s Purse, after fleeing her African nation’s civil war.

Her husband burned to death almost two years ago when he was working in a farm field with some other men. Military forces arrived, set the field on fire, and refused to allow the farmers to escape. 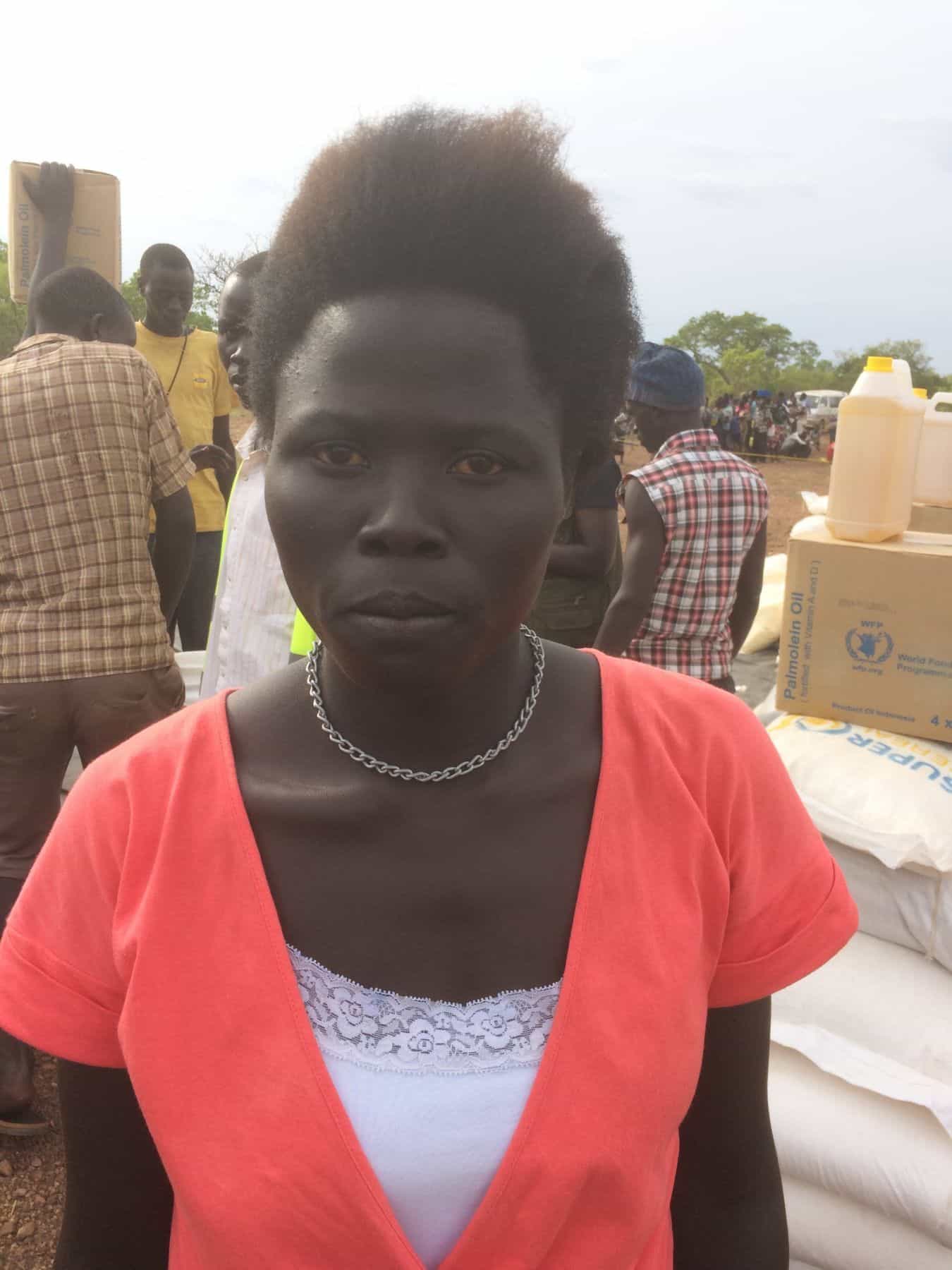 Mimi Charity fled, with her two small children, to the refugee camp in Uganda to escape the civil war in South Sudan.

Mimi, 25, left her parents behind in South Sudan and fled with her two children, aged three and five, on the back of a small motorcycle driven by her younger brother. They traveled south for a couple of days over very rough terrain—avoiding South Sudan’s dirt roads, and the risk of being attacked—before crossing into Uganda last February.

“We had no food (along the way),” Mimi says. “We were starving in the bush. But if we’d gone back home, they would have shot us.”

Now, Mimi and her family have been given a small plot of land by the Ugandan government inside the Imvepi Refugee Settlement – home to more than 60,000 South Sudanese people so far, with more arriving daily.

Mimi is a member of Imvepi’s food committee, meaning she has been selected by fellow refugees to help oversee the distributions and ensure everyone is treated fairly.

In addition to administering food distribution at Imvepi, Samaritan’s Purse is drilling wells to supply water to refugees and Ugandan residents living in the area. The wells will lessen everyone’s dependence on costly trucked-in water.

Thanks to generous Canadian donors like you, we’re also building communal and household latrines, and providing seeds and agricultural tools to help refugees grow their own food – lessening everyone’s dependence on the trucked-in food rations.

Samaritan’s Purse is drilling more boreholes, building more latrines, and providing more food-production assistance, at the Bidibidi Refugee Settlement. With 272,000 South Sudanese there, plus thousands of Ugandans who were already living in the area, Bidibidi is the world’s largest refugee facility.

At the Imvepi settlement, when Mimi is fulfilling her role with the food committee, she works alongside Amule Henry, another South Sudanese refugee.

The 39-year-old fled his homeland after the military shot his brother—leaving behind a wife and three children. Amule fled with his wife, his four children, his sister-in-law, and her three children—meaning 10 of them walked for three days to reach Uganda.

Amule says he carried at least two of the children each day and night through the bush. It would have been much easier to walk along South Sudan’s dirt roads, but that’s where the military and thieves are waiting to rob people leaving the country.

Now, Amule has a small parcel of land provided by the Ugandan government, plus a small home he built for his very large family. All of them are grateful for the food rations they receive, and the trucked-in water, but hopeful that Samaritan’s Purse Canada donors will provide their community with a well, a latrine, and seeds and agricultural tools to begin farming their land.

“Samaritan’s Purse has already helped me (by administrating the food distributions, and giving him a role in that process),” Amule says. “I know they will help me more.”

Let’s make that happen, through your donations and prayers – for Amule and many other South Sudanese refugees urgently needing our support.