For 20 years, Dr. Evan Atar has braved fighting in his homeland to provide lifesaving care for people who have nowhere else to go. 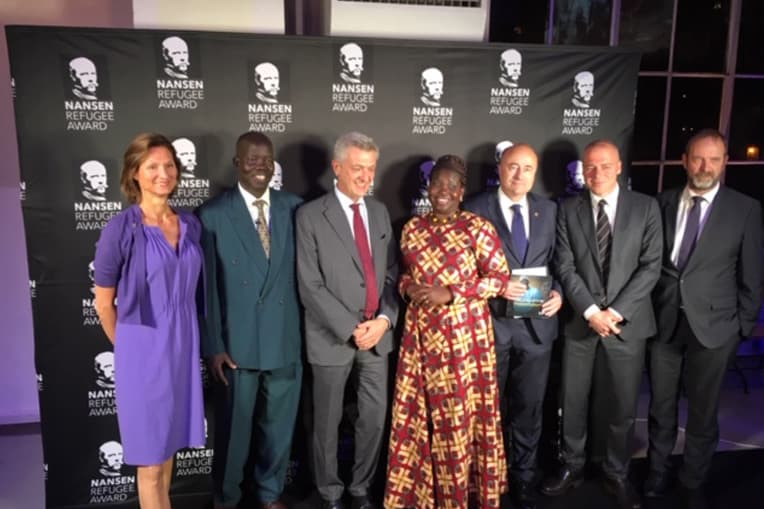 Dr. Atar, second from left, received recognition from the United Nations for his medical work in war-torn areas of Sudan and South Sudan.

The UN recognized Dr. Atar at an event Monday, Oct. 1, in Geneva, Switzerland, for 20 years of providing medical services to people suffering because of war and persecution in Sudan and South Sudan. He is the medical director at the Maban County Hospital, built and supported by Samaritan’s Purse.

“Dr. Atar lives by the principles Jesus taught in the parable of the Good Samaritan,” said Franklin Graham, president and CEO of Samaritan’s Purse. “He’s been faithful to answer God’s call as he works tirelessly to save lives in South Sudan and share the hope we have in Christ.”

Dr. Atar runs the only functional hospital in the Upper Nile State of South Sudan, which has been wracked by fighting since gaining independence from Sudan in 2011. Of the 200,000 people who depend on the hospital, nearly 150,000 are refugees.

Dr. Atar’s parents were illiterate herders. He did not finish primary school until he was 17, and the civil war in southern Sudan interrupted his education and forced him to move to a displacement camp near the capital of Khartoum. It was there that he finished his secondary education and won a scholarship to study medicine in Egypt. 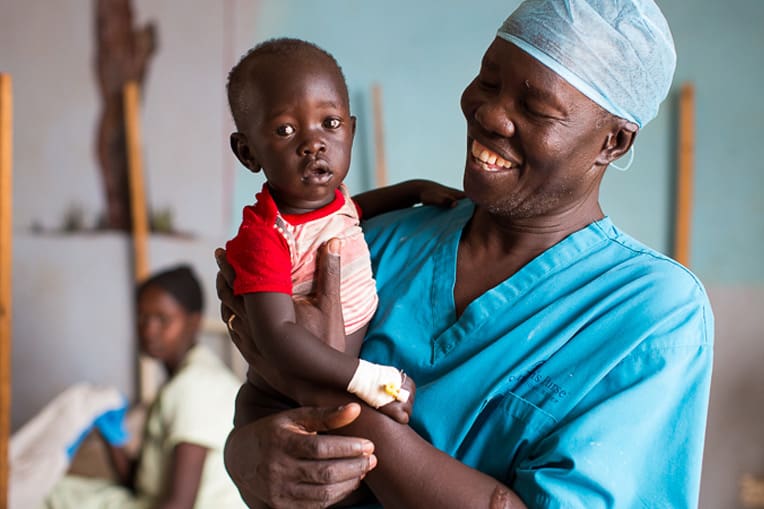 Dr. Evan Atar has served refugees and residents in Sudan and South Sudan for two decades.

The UN describes Dr. Atar as the latest in a long line of “ordinary people doing extraordinary things.” The Nansen Refugee Award is named for Norwegian explorer Fridtjof Nansen, who was the UN’s first High Commissioner for Refugees.

Following his studies he returned to his homeland to practice medicine at the Kurmuk Hospital in Sudan where he persevered even under bombing raids from the Khartoum regime. In 2011 he has started practicing in Maban County.

“At first when I came to Maban, we had to do surgeries under a tree,” he said. Samaritan’s Purse helped him build a 120-bed hospital in the town of Bunj. Dr. Atar averages 58 surgeries a week.

Even as many other hospitals closed their doors amid unspeakable violence in the region, Maban County Hospital continued to serve the area’s residents and refugees.

“We are the only ones here to help them and the only witness for Christ among these people,” he said in an interview with Samaritan’s Purse as discontent grew in the Upper Nile State of South Sudan. “Jesus gave His love to us, without asking anything in return. Here, we do just a little to help, but God is with us. We can’t do anything by ourselves.”