Christians from Qaraqosh—whose homes were destroyed by ISIS— are now back in the city, dwelling in restored homes and rebuilding their lives.

Samaritan’s Purse completed its first 10 home restorations in Qaraqosh, Iraq, in mid-September. It was a milestone worth celebrating and a bright spot for these Christian families who lost everything when fleeing from ISIS three years ago.

In August 2014, ISIS militants invaded towns on the Nineveh Plains, including the Christian city of Qaraqosh. Thousands fled their homes as the sounds of artillery neared and shells began to rain down on their neighborhoods. For over two years, ISIS members violated the city in an attempt to erase any evidence of Christianity in Nineveh. Their first priority: silencing the church bells.

The full extent of the damage was revealed in October 2016 when Qaraqosh was finally liberated. Homes and churches had been torched and flattened and any representation of Jesus’ crucifixion systematically defaced. Sloppy graffiti covered the walls with venom-filled slogans such as, “In the name of Allah, we come to slit your necks.” 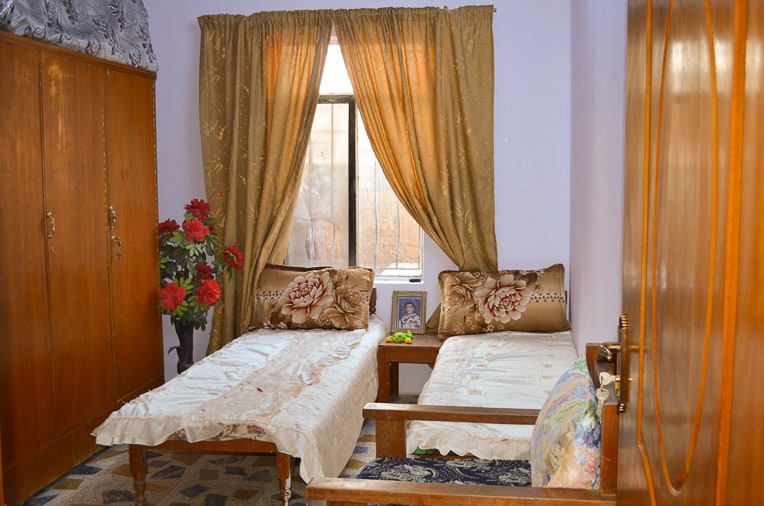 The picture of Miriam’s late husband sits on the nightstand in her daughter’s newly restored room.

For a widow named Miriam*, returning to Qaraqosh evoked anything but a sense of safety. She stood at her gate and looked at the house that was once filled with the warmth and memories of her family. It seemed eerie to see it empty.

Everything that could be stolen was gone and the rest was left in disrepair. Tears filled Miriam’s eyes as she knelt to lift the portrait of her late husband from the debris. A humble taxi driver, he was kidnapped and killed by terrorists in Baghdad in 2007.

Today, a new picture of her husband sits proudly on the nightstand in her daughter’s newly restored bedroom. Miriam’s repaired home has finally brought her some relief.

“Through all of this I give thanks to God,” Miriam said. “He brought you here to help me rebuild my home. While I am thankful for this, just you sitting here with me means the world.”

She does remain a bit uneasy despite the apparent security of her new home. As looting continues to pose a threat, Miriam and her daughter take turns sleeping at night while the other guards the house. The idea that another attack could occur is never far from Miriam’s mind, but her strength remains in Christ: “They can destroy our homes and our churches, but they cannot destroy our faith.”

“As Christians, we cannot keep Jesus to ourselves,” he said. “This is the time when we have to share the love of Christ in Qaraqosh and nearby communities.”

ISIS believed that erasing Christianity from Qaraqosh simply meant eliminating the church buildings. Yet, as Ephesians 2:22 affirms, “You also are being built together for a dwelling place of God in the Spirit” (NKJV). Although buildings fall, the Body of Christ remains.

‘Homeowners Want to Do the Work’

Before beginning to work on homes like Miriam’s, Samaritan’s Purse met with the senior council of Christians responsible for the city of Qaraqosh and learned of their desire to rebuild the city. These elders offered us one of six subsections of the city to develop—an area formerly home to 600 families. 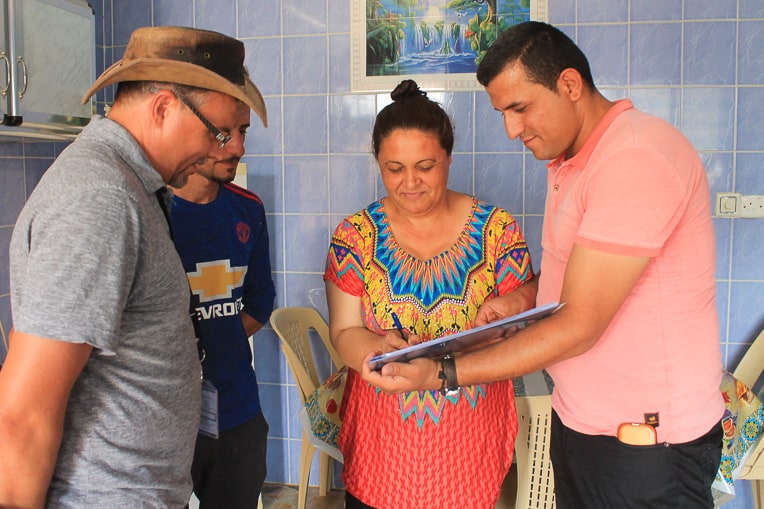 Through this council, we identified the first 10 families to help resettle. Our staff walked through each residence with the homeowners, noting the necessary repairs ranging from plumbing and electricity to painting walls and replacing windows. The homeowners then coordinated with Qaraqosh vendors to fix the items in their home, and Samaritan’s Purse paid for the supplies.

“A lot of homeowners want to do the work,” said Aaron Ashoff, regional director for Samaritan’s Purse work in Europe and the Middle East. “It’s dignifying, and we don’t want to create dependency.”

For homeowners who may not have the technical expertise necessary to make the repairs, Samaritan’s Purse hired Iraqi contractors to complete the projects.

In mid-September—three weeks after repairs began—we inspected the completed work to make sure everything was functional and grateful homeowners signed off on the project.

“They’re not just receiving money,” Aaron said. “We’re walking through this process with them and helping them with repairs.”

As we move forward in restoring 500 homes, one of our staff managers said, “We are not just rebuilding houses, we are rebuilding lives.”

This rebuilding project is just one of the ways Samaritan’s Purse serves the people of Iraq.

“We’ve been in Iraq for a number of years,” Aaron said, “and the heart has always been the same—to love the people. We’re always helping those displaced by conflict. It just takes different forms.”

During the fight to free Mosul from ISIS control, Samaritan’s Purse set up an Emergency Field Hospital near the frontlines to treat those caught in the crossfire. 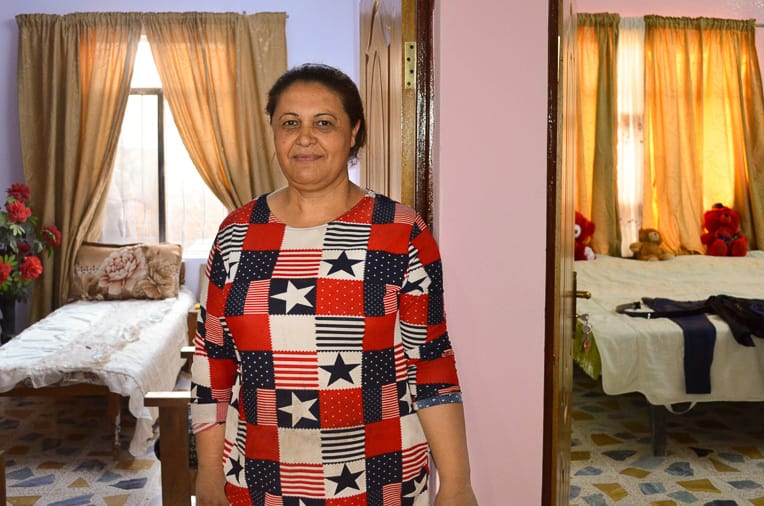 Doreena* was widowed when terrorists killed her husband because he was a Christian. Samaritan’s Purse helped rebuild her home, and Doreena chose a sparkling pink for the wall color.

After treating 4,000 patients and performing more than 1,600 major surgeries over a nearly nine-month period, we handed the hospital over to the Iraqi Ministry of Health on September 28.

We continue to provide food and water to those displaced from Mosul and screen their children for malnutrition. In other parts of the country, we operate community centers that serve families who have been persecuted by ISIS.

This most recent effort of resettling Christians in their historic homeland is just one more way Samaritan’s Purse is showing God’s love to the people of Iraq.

Please pray for Qaraqosh residents as they continue to return and rebuild their community.