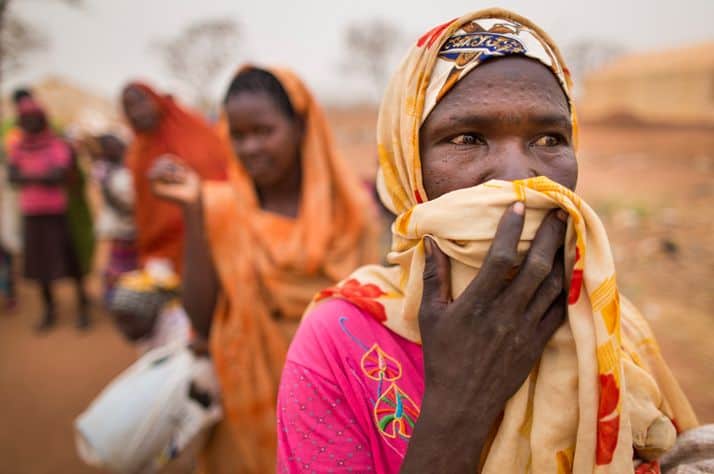 We are distributing food—and declaring the hope of Jesus Christ—to people desperately hungry in this troubled African nation.

It’s been nearly six years since a famine has been declared anywhere in the world, but this week famine was officially confirmed in two regions of South Sudan, the world’s youngest nation.

The government of South Sudan and the United Nations jointly announced Monday, Feb. 20, that 100,000 people in Unity State—specifically within Mayendit and Leer counties in the central part of the country—presently face starvation, with one million more on the brink of famine. 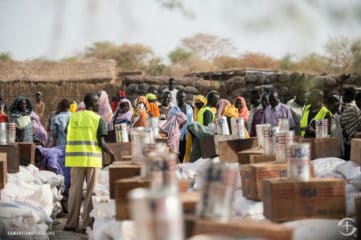 Waiting in line for food rations in Yida camp.

At the same time, according to the Food and Agriculture Organization of the United Nations, 4.9 million people are projected to be severely food insecure during the months of February to April. That could possibly increase to as many as 5.5 million people during the lean season in July.

Famine in certain parts of South Sudan is one result of the country’s ongoing internal conflict, which began in December 2013. Violence and insecurity in the country have led to a rapidly deteriorating economy and have made it nearly impossible for civilians to plant and harvest crops. The nation has the potential to be considered the bread basket of East Africa, yet is now experiencing significant food shortages because of civil strife.

Local markets in Mayendit are empty and closed, food production has been greatly limited, and malnutrition among women and children continues to increase. Typical livestock, such as chickens and goats, can no longer be found, as they’ve been used as a source of food for the community over the years of suffering. The cattle that do remain are thin and unable to produce enough milk for the people.

But hope has not disappeared. Samaritan’s Purse has been standing alongside the people of South Sudan for more than two decades, and we continue to distribute food to hundreds of thousands. 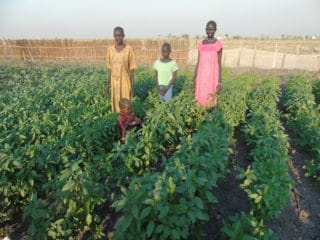 Samaritan’s Purse is providing training to some farmers in Mayendit. The project is yielding a good harvest.

Our teams have been working in Mayendit County, one of the areas suffering from famine, since 2014. Motivated by the love of Christ, Samaritan’s Purse staff and volunteers are working long hours to make sure as many people as possible are fed. In February alone, we distributed food to more than 105,000 people in the county. An additional 16,785 people in Mayendit are receiving food this week.

But we’re not stopping there. We’re also providing agricultural training, nutrition support, and water, sanitation, and hygiene services to the people there. Crops are springing up as we’re working with farmers in the Mayendit area. In the midst of all this, our teams are ministering to people’s spiritual needs, proclaiming the glorious Good News.

And Samaritan’s Purse is active in other parts of South Sudan. While severe food insecurity is projected for 4.9 million people across the country, we continue to conduct food distributions in Yida (Unity), Maban (Upper Nile), and Northern Bahr el Ghazal in northwestern South Sudan.

Please remember the people of South Sudan—especially the children—and pray that God will bring peace to this young nation. Pray for protection and strength for our teams as they distribute food and minister to those in dire need. 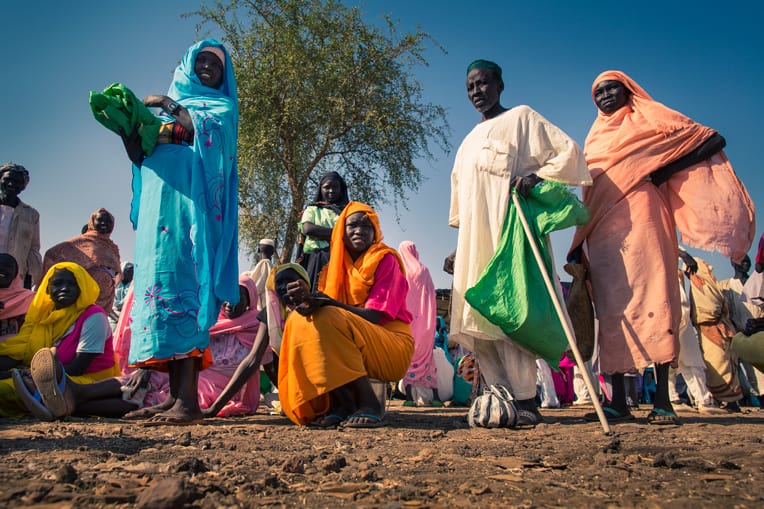 Please pray for an end to the suffering in South Sudan.