Pray for the people of South Sudan 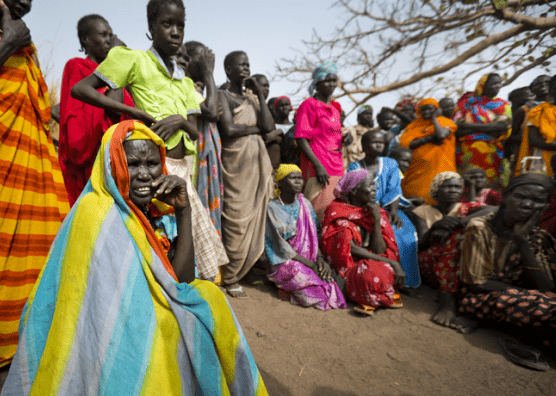 Four years after independence, the country is in desperate need of prayer.

July, 2015—On July 9, 2011, the new country of South Sudan held a massive celebration in its capital, Juba, attended by thousands of men, women, and children, including Samaritan’s Purse President Franklin Graham and many of our staff.

It was a dream come true—after decades of war, the people of the south part of Sudan had voted for independence and achieved it. 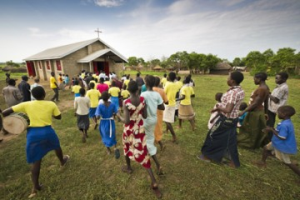 Worshippers gather in Kuda at a church rebuilt with help from Samaritan’s Purse.

On the fourth anniversary of South Sudan’s independence, that dream is now in shambles. Armed factions with ties to President Salva Kiir and former Vice President Riek Machar, as well as other groups with uncertain loyalties, have torn the country apart. Cease-fires have been agreed to and then ignored.

Unspeakable atrocities are being reported. People are desperate and harassed. They hide in the bush or in swamps and eat whatever they can find, which is not much. An ongoing cholera epidemic in Juba County is adding to the misery.

What began with jubilation has turned again to desperation. Thousands of South Sudanese are in such distress that they are fleeing to Sudan—the very country from which they separated in 2011.

I have been to South Sudan twice. The first time was to cover the 2013 celebration of the completion of our church reconstruction project. In a massive, multi-year effort, Samaritan’s Purse rebuilt over 500 churches that had been attacked and destroyed in earlier fighting.

The second time I visited was in 2014 to cover our cleft lip and palate repair program in Juba. A cleft lip is a terrible stigma in South Sudan, and we flew in dozens of patients from around the country to receive surgery and care from our volunteer medical team. We have offered a week of these surgeries each year since 2011. So far, we have provided life-changing operations to 343 individuals.

On that second visit, I also got a glimpse of our critical programs in Yida camp, which hosts 70,000 or so refugees from conflict zones in Sudan. We built much of the water, sanitation and hygiene infrastructure there and maintain nearly all of it. We also distribute the entire monthly food ration to these suffering people. We have a robust ministry program in  place, too, which includes sports outreach, literacy courses that use the Bible, regular Jesus film showings through partner churches, and Bible distribution.

Our work is not limited to Yida either. We have several other bases in South Sudan where we do equally-amazing work. Of special note, we operate the only fully functioning surgical hospital in all of Upper Nile State.

Wherever we work, we provide critical relief and spiritual encouragement in the name of Jesus Christ for struggling families, whether they are internally displaced or refugees.

It doesn’t take much time to notice the extraordinary commitment of our staff. They love God and they love the people. No expatriate goes there in hopes of a cushy assignment. They work long and hard, in difficult situations, to alleviate the suffering of some of the most impoverished people on earth. They inspire me. Please pray for them—for physical and spiritual rest, for their health and safety, and, most important, for them “to boldly make known the mystery of the gospel“ (Ephesians 6:19 NKJV).

Finally, the people of South Sudan have an uncanny ability to steal your heart. They have suffered so much for so long, yet they persevere. These people are the definition of survivors.

I have been especially privileged to meet steadfast local Christians who have been “hard-pressed on every side, yet not crushed” (2 Corinthians 4:8 NKJV). Despite persecution, they cling to life and they cling to the Father Almighty, Maker of heaven and earth. They are praying for peace in their country, which means they are praying for repentance and reconciliation and a great turning to the Lord.

The Kingdom of God is not a kingdom of political nation states, which come and go; it is a kingdom of souls set free by the Son. Pray for the Spirit to strengthen, encourage, and protect our brothers and sisters in South Sudan today. Also, ask for those who are imprisoned in unbelief—and  there are many who do not know Christ in the country—to be released by the love of God.