Parents learn to forgive after suffering under ISIS 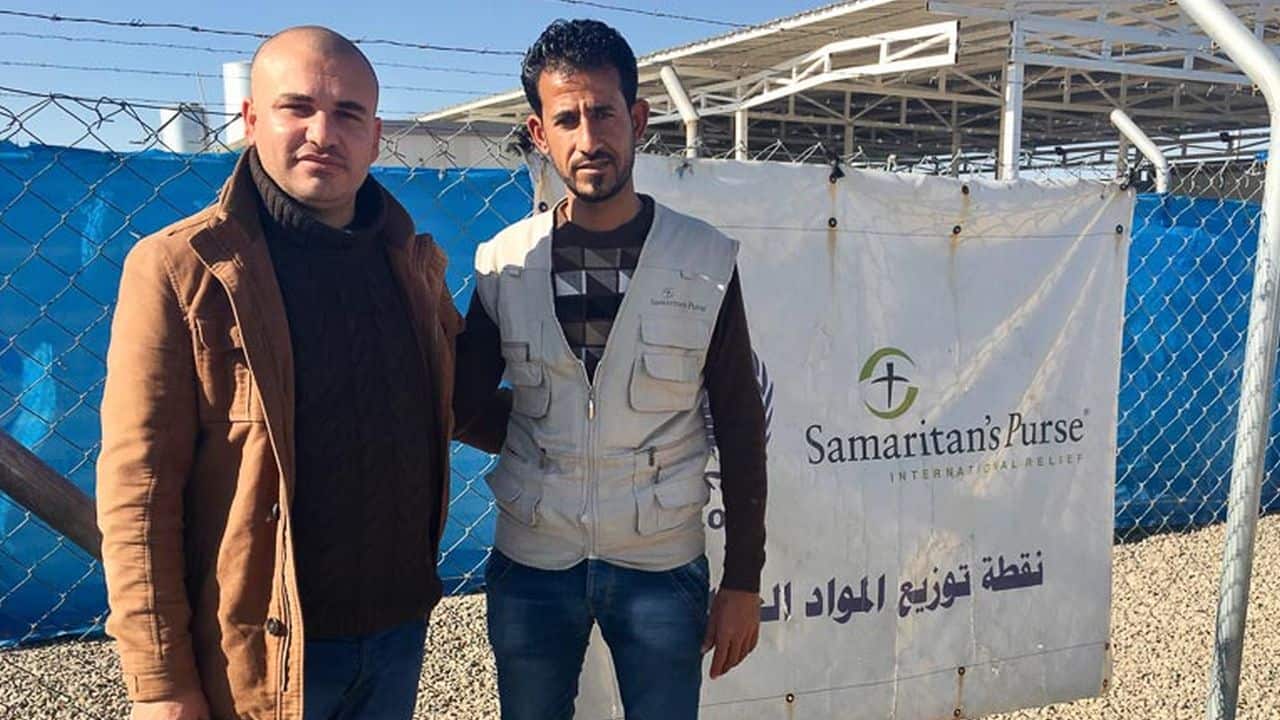 “I wanted to die,” Salim whispered, “For three days, my arms were tied up on the wall, like this.” Salim recounted the story, extending his arms out beside him in the shape of a cross.

“I hung there as freezing water was poured over me. They beat me, cut me, screamed at me. I just wanted to die.”

The group around Salim stayed quiet, the men in the caravan holding their breath as he relived his time in captivity with ISIS.

“They beat me, cut me, screamed at me. I just wanted to die.”

As a farmer from a small village not far from the city of Mosul, Iraq, the experiences of Salim and his family are similar to those of many others living in Iraq’s camps for internally displaced people. They led a normal, quiet life and had a happy family and prospering business—then ISIS. Then mortars, fighting, fear, destruction, loss, escape.

As ISIS took control of Mosul and the surrounding area, everything began to change. Jobs were scarce, compelling many to do the unthinkable just to survive.

“All my friends joined ISIS. I pleaded with my little brother to stay away, to let me work hard so that he didn’t become one of them,” Salim said. After working long days for almost a year to provide for his wife and four little children, he sent them away for their safety. Shortly after, Salim was kidnapped and accused of opposing the Islamic extremist group.

Over the course of his 43 days of captivity and torture he begged for death, even falsely admitting to their allegations, hoping, praying his suffering would end. On January 1, 2016, an airstrike destroyed the prison where he was being held. ISIS militants blindfolded the surviving prisoners and rushed them away.

Salim asked fearfully, “Are you taking me to the grave or to my home?” Minutes later he was pushed out of a car in the middle of Mosul.

Salim had been freed.

After reuniting with his family and finding their community unsafe for return, Salim followed the thousands of other desperate Iraqis flooding into camps. This is where Salim was first introduced to Samaritan’s Purse and began working as a guard with our teams. Month after month he began to see how differently our staff cared for hurting people and families.

“I see how the Christians treat people. God brought me here,” he shared. Throughout his work with Samaritan’s Purse, one of our staff members began talking with Salim. He learned that the team loved the way Jesus taught people to love.

In December, Samaritan’s Purse staff invited Salim to attend the Healing Wounds of Trauma parent groups hosted in his camp. These groups were created in response to the growing need for emotional and practical support as parents struggle to engage with their children. 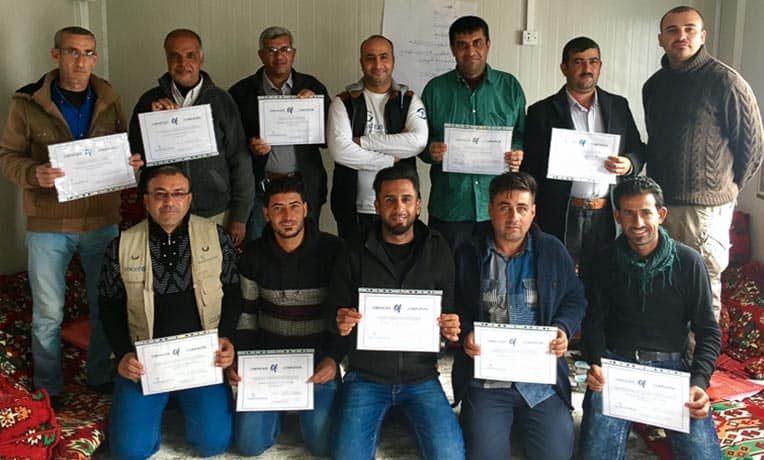 Fathers in Salim’s parenting class pause to commemorate the end of their six-day course.

Mothers and fathers separate into different groups during the week-long training where they discuss and apply a Biblically-based curriculum for dealing with emotional pain, forgiving others, and supporting their children when they experience trauma.

It was during this course that Salim shared his story—in a Samaritan’s Purse caravan with nine other men all hoping to find answers and healing through the class.

On the last day of the group, each participant was asked about the most important thing they learned. “I learned I can forgive people who did not mean to hurt me, but I cannot forgive you if you did it on purpose,” said one of the fathers, his face set.

The Freedom to Forgive

Salim quietly raised his hand. “No, that isn’t the way. We must forgive those who hurt us even if they meant it. God helps us. That is how we do it.”

The group stared blankly as he continued.

“Before this group, I wanted revenge on those who accused me [to ISIS]. I wanted to hurt them and even their children. I needed revenge. They live in this camp, I see them every day. And every day I would think about killing them.” He paused, taking a moment, as he raised his head.

“Now, I know I forgive them. I will let God take care of it. God loves me so much he rescued me and brought me here to Samaritan’s Purse. I want to help the people who hurt me. I say hi to them, I treat them well, I ask them how I can help them. I remember the hard days—I don’t want to relive that pain. I forgive them so I can live in peace, so my children see me forgive. We must teach them forgiveness, so they can have peace.”

“I forgive them so I can live in peace, so my children see me forgive. We must teach them forgiveness, so they can have peace.”

Since the Healing Wounds of Trauma groups began in November 2017, 46 parents have enrolled and completed the six sessions. Moms and dads just like Salim have wrestled together with the pain and evil in their past and have discovered hope through the teachings of Jesus and the support offered by the Samaritan’s Purse team.

In 2018, hundreds of parents are expected to participate in these same classes, becoming carriers of the same message, that His light shines in the darkness and the darkness cannot overcome it (John 1:5).

“You have heard that it was said, ‘You shall love your neighbor and hate your enemy.’ But I say to you, love your enemies, bless those who curse you, do good to those who hate you, and pray for those who spitefully use you and persecute you, that you may be sons of your Father in heaven” (Matthew 5:43-45a, NKJV).