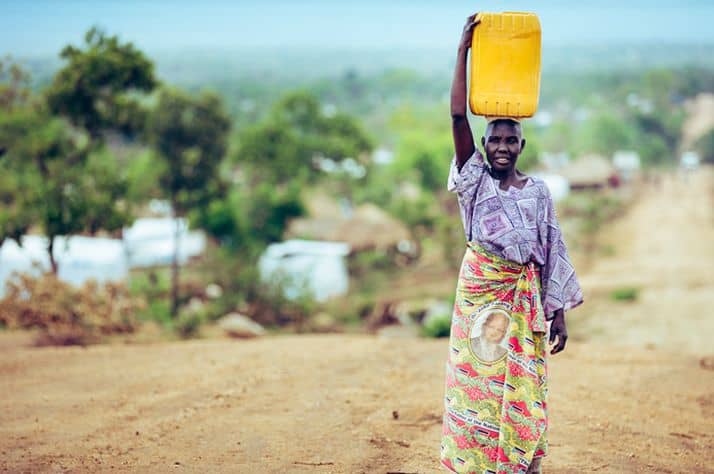 The running civil war in South Sudan has now caused one of the world’s largest refugee crises.

Over 1 million South Sudanese refugees have now fled to Uganda, escaping an armed conflict in their home country that has dragged on for years. Over the past 12 months an average of 1,800 men, women, and children have arrived each day in Uganda. 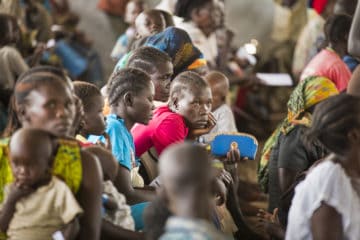 The registration process for refugees at Imvepi Refugee Resettlement camp can take days.

There are an additional 1 million refugees from South Sudan scattered throughout East Africa in the Democratic Republic of the Congo, Ethiopia, Kenya, Sudan, and the Central African Republic.

The refugees arrive, most on foot, after walking for days or perhaps weeks to the border. As they traveled quickly through the bush, the refugees had to figure out how to get water and food, while avoiding marauding bands of armed men.

Displaced South Sudanese families report nearly daily acts of child abduction, rape, looting, forced marriage, and murder as their reasons for leaving. The violence, motivated at least in part by political and tribal divisions, has simply overwhelmed the people of Africa’s youngest and perhaps most desperate nation. Families often arrive with just a few pitiful belongings and the clothes on their backs.

The Constant Threat of Violence

Charity Kolo, 45, currently lives in village 5 in zone 5 of Bidibidi Refugee Resettlement. A young mother with children, she fled South Sudan on foot with nearly nothing. Her reports of attacks are harrowing. 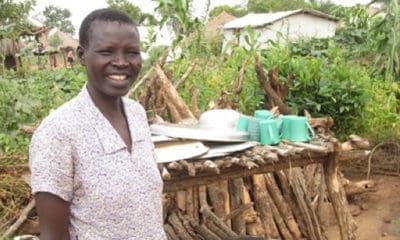 Charity made the decision to leave after men with guns came to her house and knocked on her door demanding she open it. Luckily, her neighbors heard her cries and shouts and the men left but she fled as a result of the confrontation.

“I decided to leave my home right away, without any belongings, just with my children,” she said. “Even on the way to Uganda, there was fear of killing and violence and that is why I decided to leave two of my sons in South Sudan.”

She now lives with some of her children in one of the world’s largest refugee resettlements, Bidibidi. With a population of over 272,000, it is a small city located within a previously untamed and sparsely inhabited part of northern Uganda. Several other large refugee resettlement camps also teem with populations in the tens of thousands.

How We are Helping

Samaritan’s Purse has a long history of involvement with the people of South Sudan. We continue our work there and are also helping refugees now in Uganda in a variety of ways. 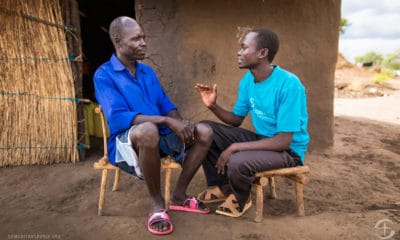 A volunteer with Samaritan’s Purse hygiene training program shares the information he received in training.

One of our biggest projects is providing refugees with health and hygiene training. Community members learn how to properly store and treat food, how to build a latrine, and the importance of handwashing. All of these steps help families stay healthy and thriving despite their circumstances.

We are also providing families with seeds and agricultural training, which will help provide the refugees an opportunity to grow their own food. Water remains an ever-present concern, and Samaritan’s Purse is drilling boreholes that will provide water to hundreds of people.