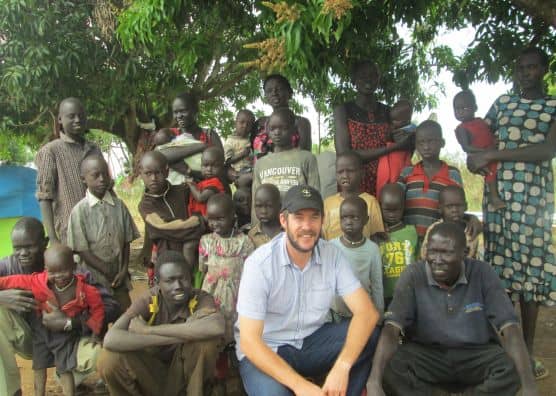 by Geoff MacNeill, project coordinator for the Samaritan’s Purse food assistance program for refugees in Uganda

March, 2014—Suffering is a difficult thing to go through and observe. I recently lost a dear friend, colleague and great man of faith while climbing Mount Kenya this past Christmas. He was the former Samaritan’s Purse Liberia finance manager, David MacDonald. His death was the first time I had been in the presence of someone who had just died and I experienced the grief from such a sudden loss.

Though not as severe, this event has stirred more sympathy in my heart for the South Sudanese refugees who have recently lost loved ones as a result of the civil unrest in their country. The violence has caused thousands of South Sudanese to flee for their lives to northern Uganda, where I work, and other neighboring countries. 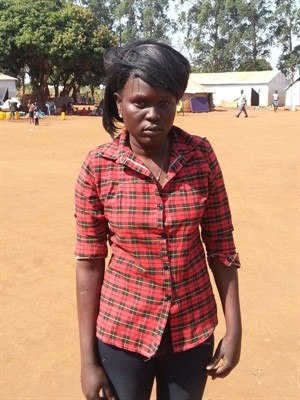 A few weeks ago I was on a work assignment for Samaritan’s Purse in Kiryandongo Refugee Settlement in northern Uganda. Samaritan’s Purse is helping meet the critical needs of more than 10,000 refugees residing there. One day I came across a 19-year-old South Sudanese woman named Elizabeth (name has been changed to protect privacy), and she wanted me to share her story with others. Her father, an unarmed civilian, was killed right outside of her house while she and other loved ones listened in fear as he pleaded for his life before being shot to death.

Elizabeth still doesn’t know where her mother is. Through swelling tears, she said her father was her support and expressed her love for him.

I asked if it was OK for me to pray for her. She accepted, and when the prayer was over, she and many others standing by were in tears. I was moved to witness God impacting their hearts, comforting them in their brokenness. There was no doubt in my mind. Jesus was weeping with them too.

I was recently talking with a colleague who  shared a valuable insight with me: Jesus suffered too. He can relate to our pain. He was a refugee in Egypt; He experienced the loss of a loved one at the hands of an oppressive regime. He also endured the agonizing suffering of the cross. But the story doesn’t end with suffering. Jesus rose from the dead! He proved victorious over evil and death.

In John 10:10, Jesus said, “The thief does not come except to steal and to kill and to destroy. I have come that they may have life and that they may have it more abundantly.” Because Jesus rose from the dead, we have hope. Even in the most difficult of times, God can redeem abundantly what the devil tries to destroy. This is one enduring hope in Christ. I have personally experienced His restorative work, and I know that Elizabeth can as well.

Samaritan’s Purse is serving hungry South Sudanese refugees in Kiryandongo and honoring the words of Jesus: “When I was hungry you gave me something to eat.” Please pray for our work in the Ugandan settlement. Please pray for peace in South Sudan and for Elizabeth and the thousands of other refugees like her in a foreign land.