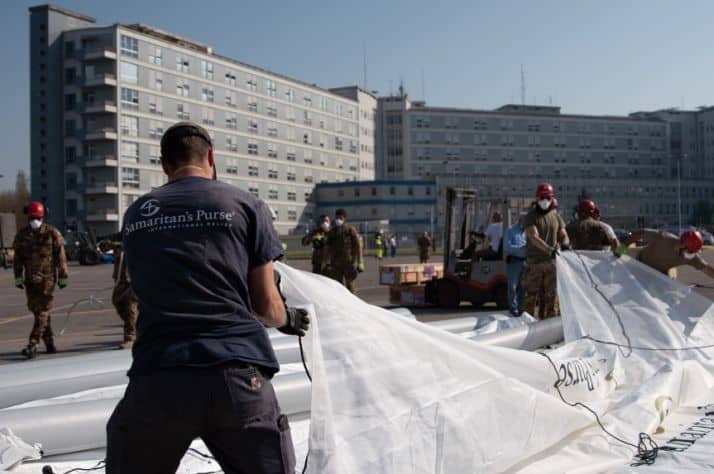 Samaritan's Purse nurse on working in one of Italy's hardest-hit virus zones.

A group of medical and support staff from all over the world, including Canadians, has been working around the clock for nearly two months at an emergency field hospital in northern Italy to help lift the heavy burden of illness and death caused by the novel coronavirus.

John Troke is one of 19 Canadians who answered the call in mid-March to help fight COVID-19 put out by Samaritan’s Purse, an international non-profit Christian relief organization based in North Carolina that provides “spiritual and physical aid” to victims of war, disease, natural disasters, and other calamities, according to the group’s website.

Being deployed to northern Italy is not Troke’s first time volunteering with Samaritan’s Purse. The Winnipeg native, who now lives in Calgary, has been working with the organization for the last 10 years and has a long list of deployments where he’s worked as a nurse providing medical assistance in disaster zones in countries around the world.

Before taking on his role as the medical response co-ordinator at the 14-tent mobile medical facility in Cremona, one of the cities hardest-hit by COVID-19 in Italy’s Lombardy region, Troke, who currently works as an ER and operating roomnurse manager in Calgary, has provided support for infectious disease outbreaks and disaster response efforts in Haiti, during the Rohingya crisis in Bangladesh, as well as during Ebola outbreaks in Liberia and the Democratic Republic of Congo. He’s also worked as a program manager helping run medical centres in South Sudan, and has seen the horrors of war first-hand during a response effort in Mosul, Iraq, in late 2016.

But as Troke soon discovered, the work he was about to undertake with Samaritan’s Purse in Cremona would be unlike anything he’d ever done before.

Troke, along with dozens of other Samaritan’s Purse staff, landed in Cremona on March 17. The team, comprised of doctors, nurses, surgeons, X-ray and lab technicians and other non-medical staff, unloaded almost 40 tonnes of cargo from the agency’s own DC-8 aircraft and set up a 68-bed respiratory care unit with ventilators in the parking lot outside the city’s main hospital in a matter of days. The field hospital began admitting patients on March 20.

At the time, the situation in Italy was dire. The country had just surpassed China in the number of coronavirus-related deaths, making it the new epicentre of a disease that was quickly spreading around the globe. Troke remembers his first impressions upon arriving in Italy, describing an eerie stillness that had washed over the locked-down country. 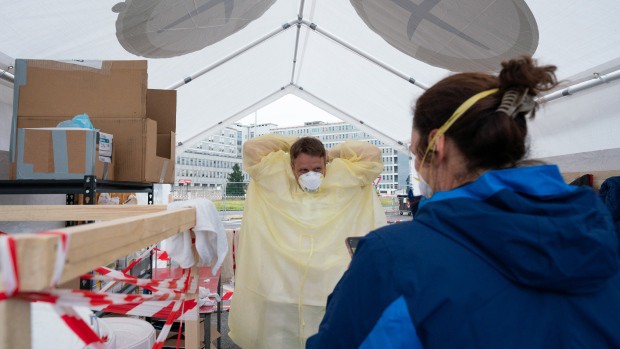 “There was nobody walking around. Each family had to designate one member to go out to get food, so we didn’t see kids,” Troke told CTVNews.ca in a phone interview from Cremona, Italy. “It really hit you, the impact [of the virus] and how scared people were,” he added.

The impact of the virus in Cremona was fierce, where Troke said about two-thirds of all deaths in Italy were being recorded. He said when his team arrived, 550 of the 600 beds in the Cremona Hospital were being used by COVID-19 patients. He said the hospital had 65 ICU patients and only eight ICU beds.

Staff were stretched beyond their means, getting sick, and struggling to keep up with providing proper care. “It’s always a little nerve-wracking because you don’t really know what you’re stepping into,” Troke said. He said the field hospital began to relieve the pressure of the main hospital’s intense caseload, admitting eight patients to its 12-bed ICU in the first day of operation alone. 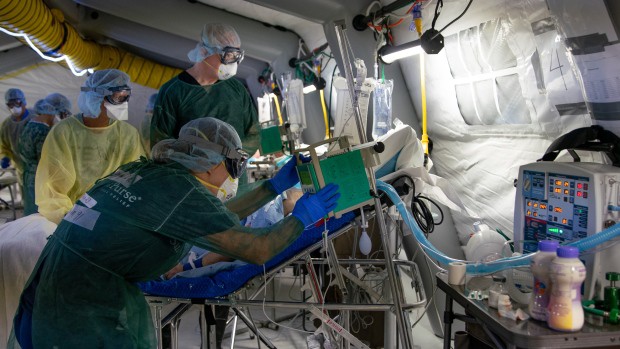 The deployment to Cremona was, in many ways, a fairly standard operation for Samaritan’s Purse to undertake, according to Ian Stokes, the International Disaster Response Director for the agency’s Canadian office. But in other ways, it was quite different.

“This was a very specialized response to a singular event, which is a pandemic,” Stokes said during a phone interview with CTVNews.ca from his office in Calgary. “Everyone coming in to that hospital is coming in for the same reason.”

Stokes said he’s thankful for his agency’s global roster of Disaster Assistance Response Team (DART) members that includes about 1,000 medical specialists he can call on and deploy at a moment’s notice. But dealing with the coronavirus outbreaks presented a few unique concerns. First, the lockdown and travel restrictions meant he needed to assemble a team of people who would be able to go to Italy and stay for the duration of the operation. In this case, Stokes told volunteers that would be anywhere from six to eight weeks.

Another complexity, Stokes highlighted, was the added quarantine and self-isolation periods all staff members would have to go through upon returning home to Canada. Under normal circumstances, staff and gear that come home from an operation can be redeployed almost immediately if needed. And typically, emergency field hospitals that Samaritan’s Purse deploys are later gifted to the local region. But because of the unique nature of the COVID-19 response, Stokes said the mobile medical unit in Italy is being dismantled, sanitized, packed up and returned to the agency’s warehouse in North Carolina until it is needed again. He said he doesn’t yet know where it will be next deployed, but reiterated his organization will be ready when the call comes in.

In line with its mandate of going where the need is greatest, Samaritan’s Purse deployed a similar respiratory care unit in New York City’s Central Park that was operational from April 1 to May 5. Hundreds of DART relief specialists worked in partnership with the city’s Mount Sinai Health System to treat more than 300 coronavirus patients while the state became the epicentre for infections and death in the United States. The field hospital in Cremona was able to treat 281 patients, and discharged its last patient on May 7.

While Troke admitted that it was difficult to leave home knowing the COVID-19 situation could worsen in Canada, he knew that serving in a place like Italy where the need was already so great was something he had to do.

A memory Troke won’t soon forget from his time in Cremona came about two and half weeks into the deployment, when the first patient in intensive care was well enough to leave the unit and move into a regular hospital ward. “Typically, when a patient gets discharged, it’s special,” he recalled.

“Everyone stops what they’re doing,” Troke said, describing a celebratory scene where 30 to 40 people gather outside the tent to clap and cheer for the recovered patient.

Troke said it was “powerful” to see that first ICU patient walk out the front door, because the mortality rate among coronavirus patients who require intubation has been found to be much higher than patients not on ventilators, according to a recent study published in the Journal of the American Medical Association.

Spending a whole shift, often up to 14 hours a day, with the same patients meant Troke and many of his colleagues created close bonds with them, which made witnessing their recovery even sweeter.

“Through the grace of God and good medical care, we had many of our sickest patients that needed to be ventilated in the ICU survive, and were able to see many of those same ICU patients walk out of our hospital fully recovered,” Troke said. And even though 23 people did not get to walk out of the field hospital in Cremona, Troke is comforted knowing he and his team did everything they could to help their patients and be with them in their time of need when no one else could.

“No patient dies alone,” he added.

As Troke finishes packing up and prepares to come back to Canada, he’ll be coming home with an extra title and plenty to reflect on. As a sign of gratitude for their work, the Mayor of Cremona made Troke and the rest of the Samaritan’s Purse team honorary citizens. The group was also invited to Milan so Lombardy’s governor could personally thank them. In early May, a local violinist and cello player stopped by the field hospital to give a physically distant concert for patients and staff.

Troke said it’s been an honour to support the Italian people on this mission, and “overwhelming” to see that the support is mutual. “The response from Italians has been incredible,” Troke said.

He points to all the gestures of gratitude, big and small, that have left a big impression on him– from strangers applauding and thanking him as he walks down the street, to the gelato shop near the hospital that refuses to let Troke or any of his colleagues pay for anything.

There was even a time when the nearby basilica offered Samaritan’s Purse staff a private tour of the bell tower to take in views of the city. But most importantly, Troke said he’s grateful for having the privilege to make an impact on so many patients’ lives.

“None of those experiences stand alone in my mind, but they all combine into one very powerful experience that I will value for a lifetime,” he said.