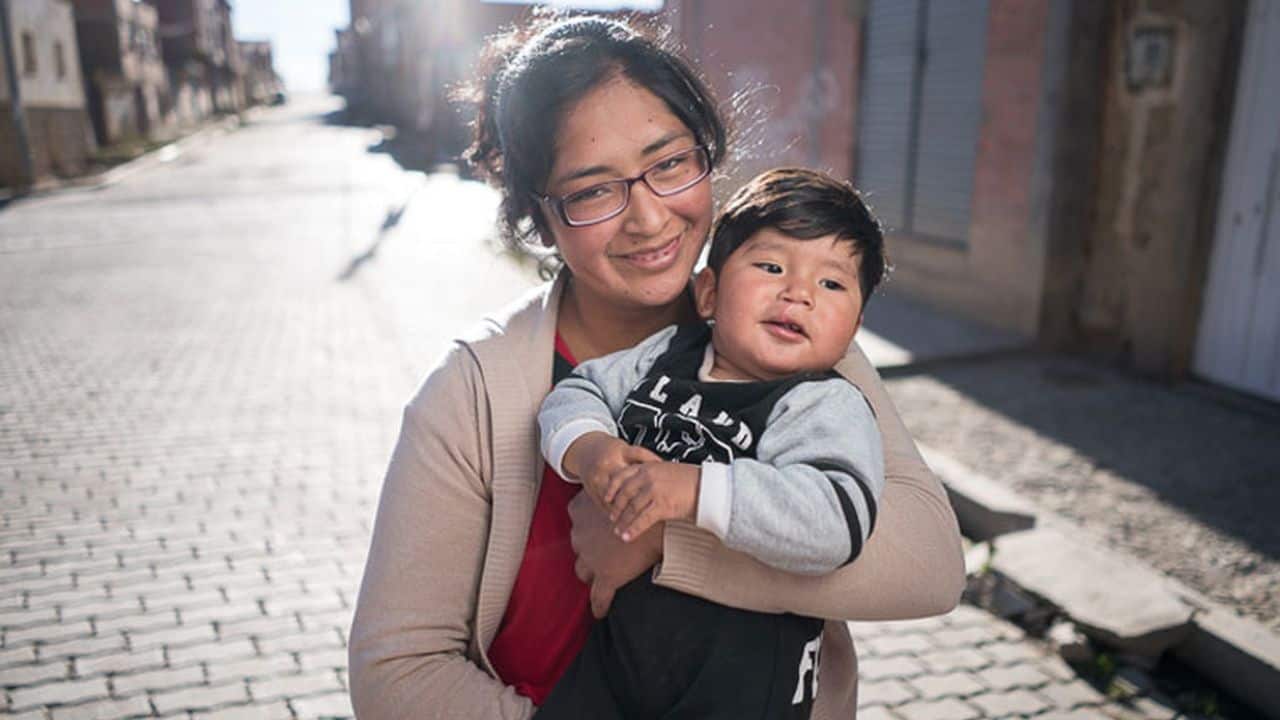 Two mothers look back at how praying for their sons’ surgeries brought them closer to God. 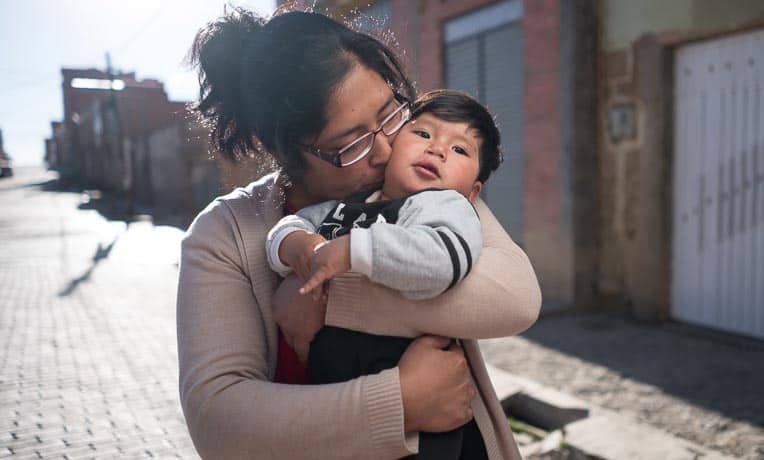 Fabiola’s and Juan Pablo’s youngest child, Jose, was born with a cleft lip in La Paz, Bolivia, last year. Though clefts are a common birth defect, some in this South American country tend to blame the mother and judge the child.

“We were not going to love him less,” Fabiola said, “but I was worried that people would judge him.

“People tend to blame the mom. They say, ‘You must have done something to cause this to happen.’”

Turning Back to God

The couple prayed for Jose’s healing. They believed in God but had been neglecting their relationship with Him, Fabiola said.

“This was a wake-up call to draw together as a family and come closer to Him again,” she said. “I’m grateful that we found an answered prayer in Samaritan’s Purse.”

Jose had surgery to repair his lip earlier this year through our Cleft Lip and Palate Surgery Project. We send volunteer medical teams to overseas locations to perform cleft lip and palate surgeries for patients of all ages. Donations enable us to provide this surgery to qualifying patients at no charge to the families.

We began our cleft lip and palate surgery project in South Sudan in 2011 and expanded the project to Bolivia in October 2015 and Liberia in December 2016. So, far, we have completed more than 400 surgeries with a week of surgeries happening right now in Liberia (Dec. 2-9).

Fabiola said the experience has taught her how to be a mother who honors God.

“I want my children to know that God has a plan for them,” said Fabiola, who has two other sons and a daughter. “I want to make sure they know that we love them, that God loves them.”

A Blessing Not a Curse 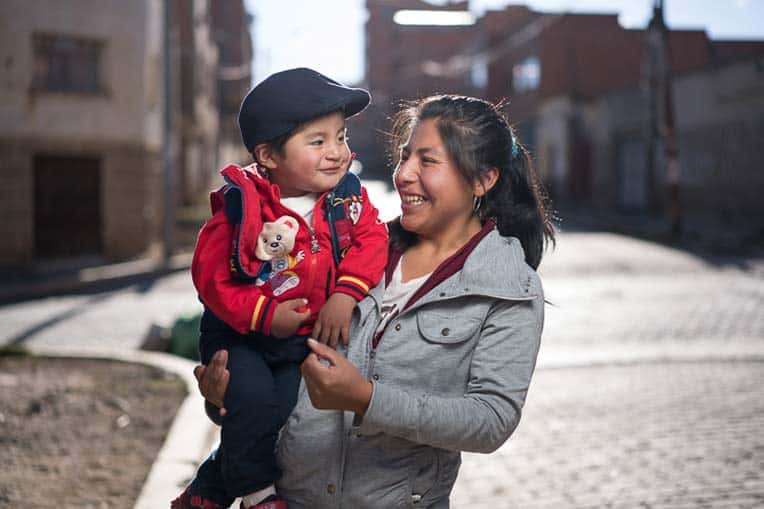 “These children are a blessing, not a curse,” Carla said.

People often blamed Carla the same way they had Fabiola when they saw the gap in her only child Carlos’ upper lip. Carla remembers some telling her point-blank, “This is your fault.”

It echoed what Carla had been thinking. “From the moment he was born, I felt that his condition was my fault,” she said.

Cleft lips can result in difficulty eating, sometimes causing undernourishment and a low body weight, especially among children. Clefts can also cause sinus problems, difficulty in speech, and often result in social stigma if untreated.

Some people say these things are signs that the child is cursed, Carla said.

“I feel bad that people judge the mothers and children in that way,” she said. “They don’t know. These children are a blessing, not a curse. God is the Creator, and He’s also the Healer.”

Carla and her husband, Juan Carlos, turned to God as Healer when their son, Carlos, had surgery through the Samaritan’s Purse cleft lip project in 2015. 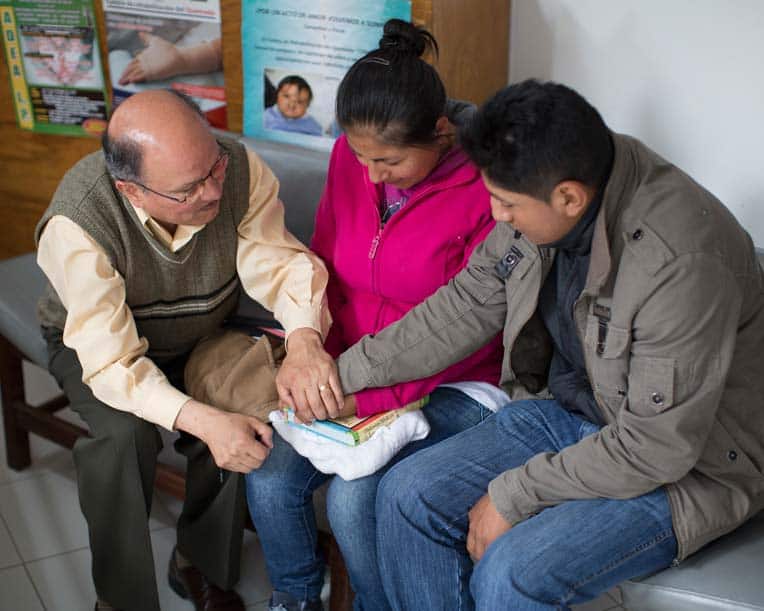 Pastor David Archondo of La Paz prayed with Carla and Juan Carlos before their son had surgery in 2015.

Pastor David Archondo, who volunteered with the project when it began in Bolivia that year, prayed with the couple before their son had surgery. He counseled them about what to expect after their baby’s surgery and talked with them about trusting in God, no matter the circumstances. David had himself been born with a cleft lip and palate, resulting in several surgeries.

“Pastor David prayed with us when we were scared before the surgery,” Carla recalled. “He told us that our son was in good hands. Our son was in God’s hands. After we prayed, we felt so peaceful. I felt confident that the doctors would be guided by God.”

Carlos is now a healthy 2-year-old. Carla is grateful that God used the situation to lead both her and her husband closer to God.

“This was an experience that brought us to God,” she said. “Now, I cry when I see my son, but they are not tears of sadness. I have tears of joy for such a blessing. It put things into perspective and helped us to understand so many things about God, such as how much He loves us.” 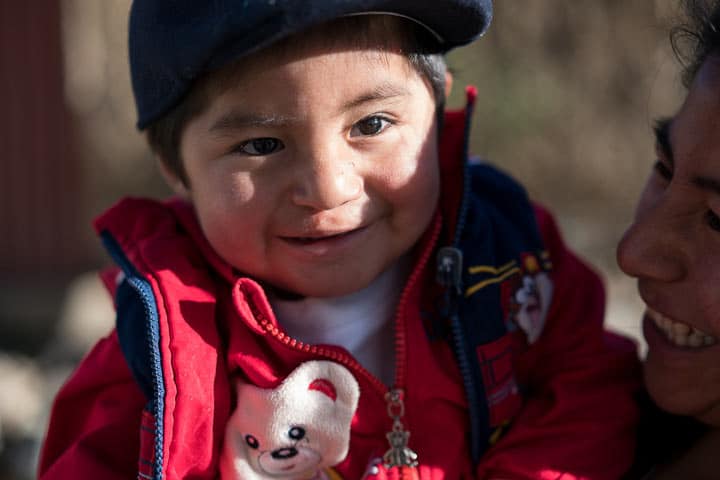 Carlos had his cleft lip repaired by a Samaritan’s Purse medical team.