Miracles and sorrow mingle together at Iraq field hospital 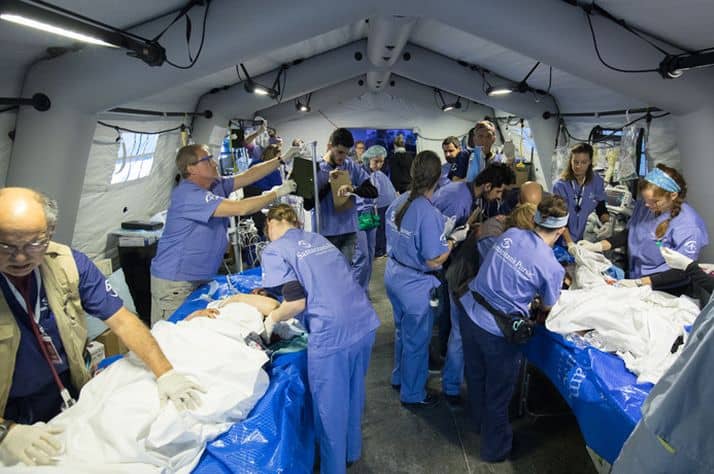 A Samaritan's Purse team member shares her experiences from our emergency field hospital in Iraq.

I got to the hospital on a Monday afternoon. My first afternoon there was an “all-call” that came out over the address system, which means an ambulance has just arrived with more patients than can be handled by staff members currently on shift. So, it is an all-hands-on-deck situation, including non-medical personnel. We run supplies to various points in the hospital or sit with patients who have been coded black on arrival. Code black means they are expected to die any minute—basically everyone needs to be on hand to serve in any way possible. 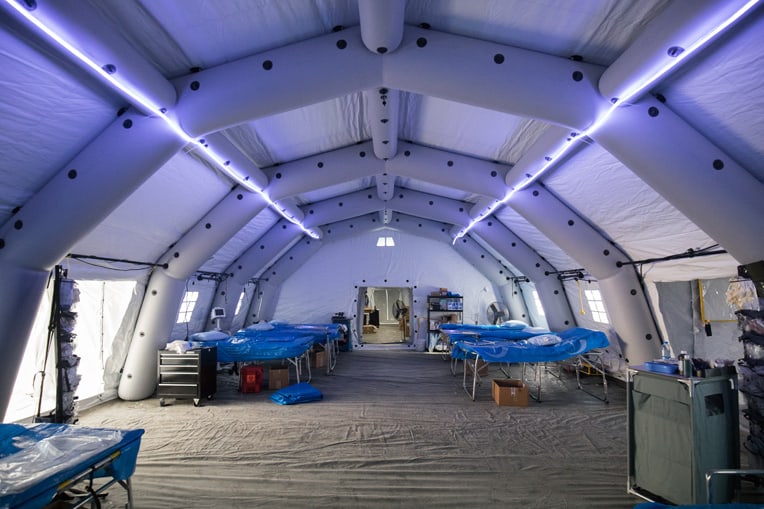 Our hospital is the closest trauma center to frontline fighting.

My first all-call found me at the bedside of a little boy between 8 to 10 years old. He was coded black when he arrived. His breathing was labored. A civilian driver had found him on the side of the road and picked him up and brought him in. His head wound was beyond ugly. Brain matter oozed from a nasty gash on the upper right side of his head—it was so much more than a gash and was clearly from mortar shrapnel or something similar. One eye was swollen shut, and the other eye—between sleeps—seemed to look for something he could fix on to. He was unable to talk.

We had to keep turning him over because he would vomit, vomiting up blood. My heart broke and I thought of children I know his age who are in school and playing sports and riding bikes. And so my colleague and I sat with him. Waiting. We had no name for him because he was alone and could not give it on arrival. My heart recoiled at the thought of him dying with no name. So we sat with him, because at least he would not be alone. While we sat, God almost seemed to whisper: “I know his name.” 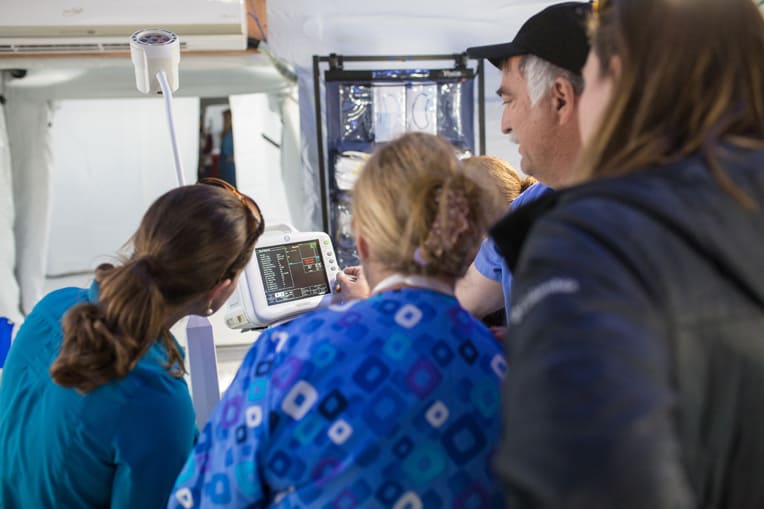 I lasted until about half past midnight. My colleague stayed with him. I went to see him in the morning. His head bandage had been changed, and he was sleeping peacefully. A nurse relayed to me that he had woken up that morning, sat up, and started to talk. He told everyone who he was and where he was from. O the joy! He was transferred into Erbil (the nearest large city) shortly after so I missed saying goodbye. I have no idea if he survived; I don’t know how you survive a head wound like that. His name was Sajid.

The days blur together here in our concrete fortress. They are peppered with sounds of bombs and shells and gunfire. But all that sort of fades away into a distant subconscious when you enter the hospital tents. A little 1-year-old girl came in, and both her legs had to be amputated. Her father had to wait outside because we cannot handle the capacity of family being in the hospital as well—there is simply nowhere to put them.

These are the stories that make up our days. Miracles and sorrow mingled together.

With the financial support of people like you, the Emergency Field Hospital will continue, until at least June, to provide physical and spiritual help to anyone who needs it. Please join us in reaching out to desperate people with the love of Christ.