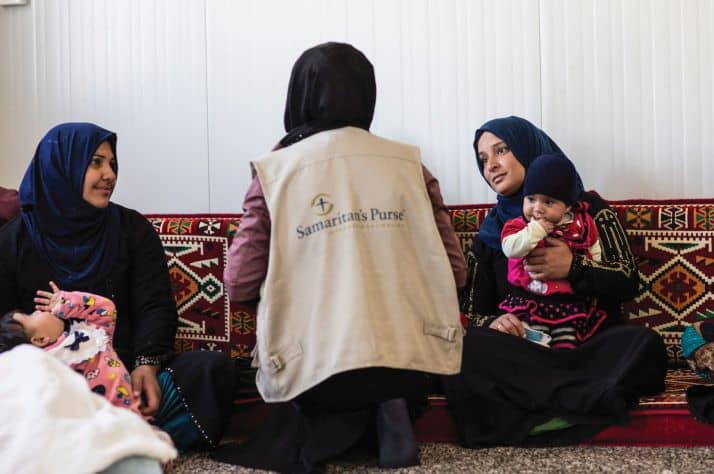 A mother and her ‘forgotten community’ receive critical medical care and find hope for the future.

A young Yazidi mother sits cross-legged on the floor of her tent in northern Iraq. Like moms around the world, she, too, plays with her toddler’s toes as he sits in her lap, his large brown eyes full of curiosity. But unlike most young mothers, Meyan* has faced death twice—and lived.

The first time was when ISIS committed genocide against the Yazidi people in the town of Sinjar and surrounding area. Many men were murdered, often in front of their families, while many women and girls were captured for sexual slavery. 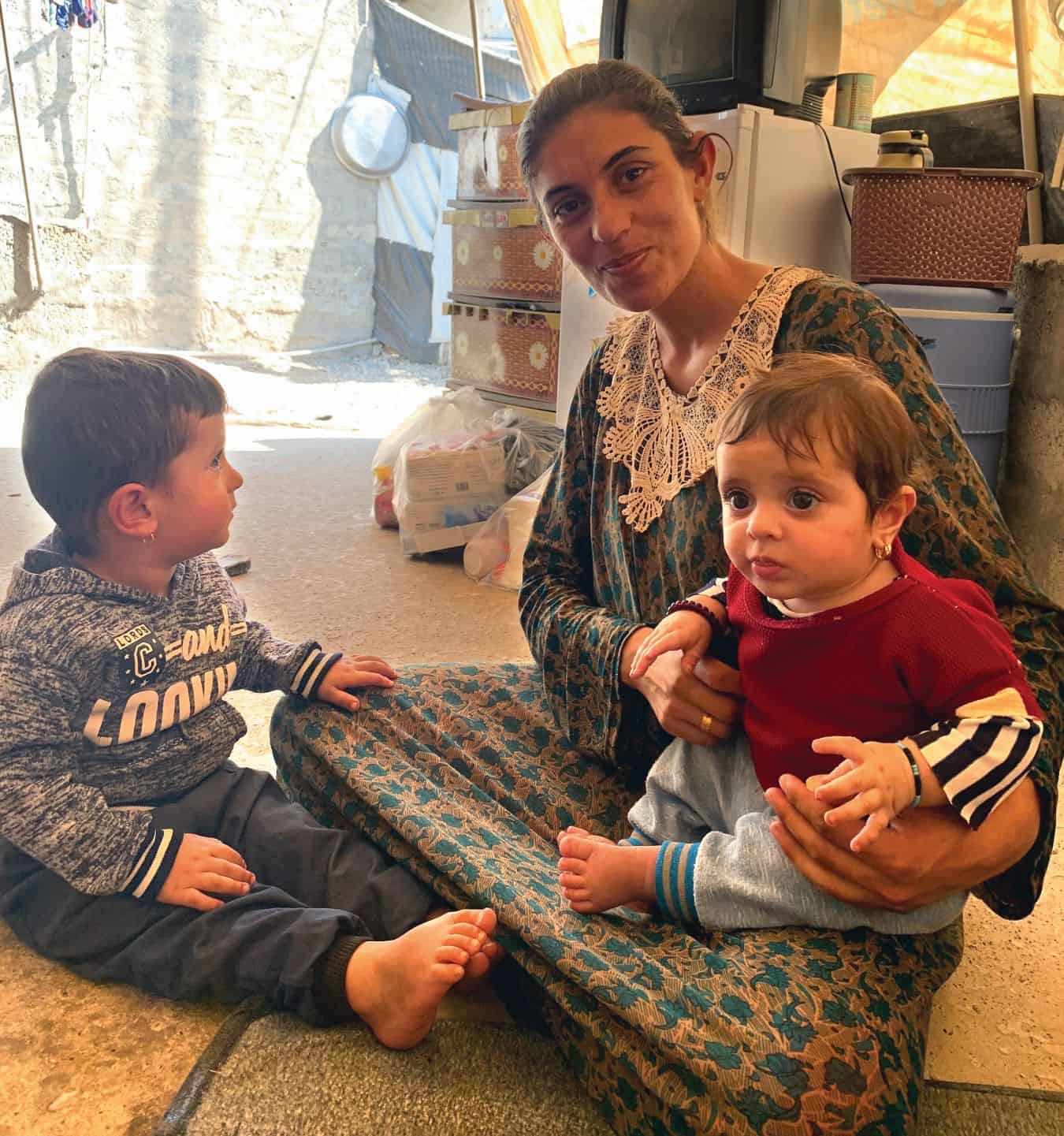 Meyan’s children still have their mother because of the medical clinic supported by donors like you. The love Meyan experienced has opened her heart to the Gospel.

Meyan survived. She fled here, to a camp for thousands of displaced people, where she has since married and had two children. All around is endless beige and grey—gravel, tent fabric, metal latrines, concrete blocks, and holding tanks. There is little to brighten the lives of the resilient people who dwell here, coping with the horrors they have endured.

Yet here, people are finding Christian compassion and care. In a humble building on the edge of camp, a Samaritan’s Purse-operated community center is where Yazidis have an opportunity to bring color back into their lives.

Art activities help children heal from trauma, and a nearby playground rekindles the joy of childhood. Trauma counseling returns light to the eyes of the hurting, and courses in sewing, cooking, and carpentry spark new hope against the grey backdrop of the everyday.

For Meyan, it was the center’s medical clinic, which is one of only a few facilities nearby, that saved her life a second time.

“I was sick for three days,” Meyan said. “That was when you came and saw me.”

Samaritan’s Purse staff had been visiting her ever since she attended a mothering course at the community center. When they arrived at her tent on this particular day, they could see that Meyan, who was pregnant with her second child, was in trouble.

The heat inside her tent and difficulty of accessing freshwater had resulted in severe dehydration. Meyan was vomiting, losing consciousness, and needed immediate medical attention. Thankfully, the clinic was just minutes away. The team rushed her to the doctors and nurses, who stabilized her and arranged transportation to a regional hospital.

Meyan is grateful that the clinic was there when she needed it. With your support, our clinic provides care for thousands of ISIS survivors of all ages. Health care includes obstetrics and gynecology, ultrasounds, and medicine, all free of charge.

“Praise the Lord…He heals the brokenhearted and binds up their wounds” -Psalm 147: 1,3, ESV

Today, Meyan’s health is restored and her baby is strong. Our staff members regularly have a chance to visit with her—at home or at the clinic—and can share many Biblical truths in ongoing conversations.

Please pray that Meyan and many other Yazidis will experience God’s love and comfort for them.

Medical Care Projects - 080551
$
Donate
Top Stories
“Hunger Will Kill Us”
Refuge for the hungry in Cambodia
Nurses treasure time with Samaritan’s Purse, helping Italian COVID-19 patients
Shoebox Gifts Go Even Where There Is No Road
Celebrating 50 Year's of God's Faithfulness