Jesus was also a refugee from terrorism 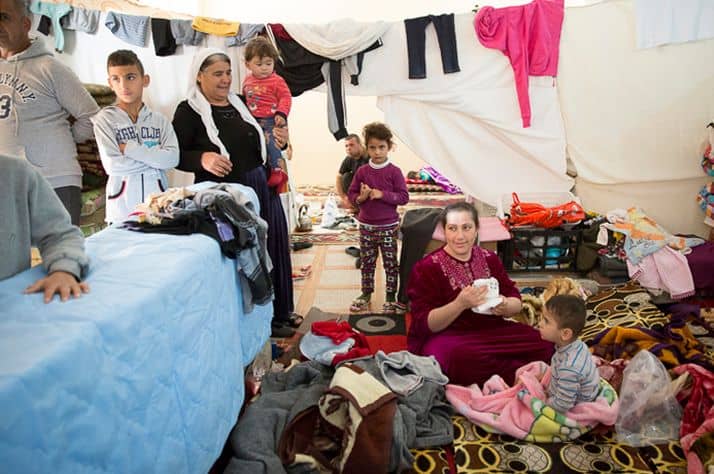 Caryn Pederson is a senior writer for Samaritan’s Purse. She recently traveled to Iraq for a distribution of Operation Christmas Child shoebox gifts to children displaced by the terrors of ISIS.

January, 2015—The story of Jesus’ birth that we celebrate each Christmas usually ends with Mary and Joseph’s flight to Egypt to escape Herod’s acts of terror. I’ve known this part of the story as fact, but not until interviewing Iraqis displaced by ISIS did my heart connect with it.

The journeys of these Christians, Muslims, and Yazidis (a religion that mixes Zoroastrianism, Christianity, and Sufi Islam) have been harder than I can imagine. 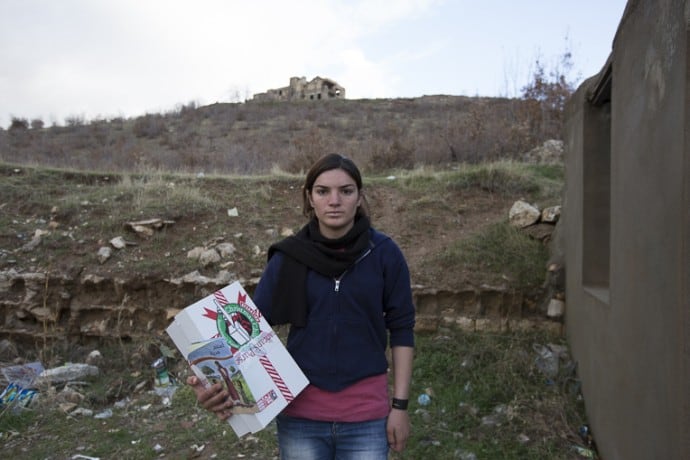 Take 14-year-old Amal, for example. While fleeing an ISIS attack on her Yazidi village, she and her sister were taken hostage. When they tried to escape, Amal watched ISIS kill her only sister.

Intisar, a widowed Christian mother of four, found her kids crying at 4 a.m. when ISIS started bombing their city. At first, she tried to tell them it was just fireworks.

“We chose to leave everything,” Intisar said, “because the most important thing is our faith. Nothing else is of worth compared to Jesus.”

Teenaged Basil also fled with his family to safety on top of Mount Sinjar, a focus of international news in August when ISIS trapped thousands of Yazidis. They spent nine days there without food and very little water. 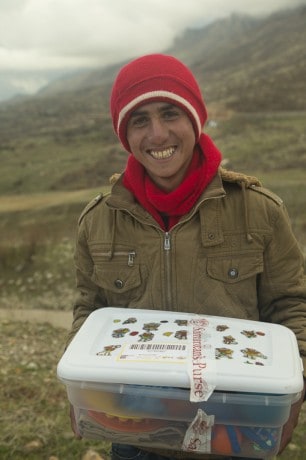 Basil and his family spent nine days without food and very little water when they fled from ISIS.

Basil said, “On the mountain I was so afraid of Da’ish (a local derogatory name for ISIS). I just wanted to escape from there.”

Like ISIS, Herod carried out his intent to kill. What was going through Mary’s heart as  she fled into the unknown to protect Jesus? Did they have food and water on their journey of at least 75 miles (125 km).

And when they got there, how did they communicate? Were they reduced to pointing and pantomimes in a land with a strange tongue? Where did they make a home? Scripture doesn’t  mention their family’s living conditions in Egypt, but I suspect the options were few.

Displaced people in Iraq are living 24 hours a day, 7 days a week in tents and unfinished buildings. When it rains, rivers flow through their tents, leaving mud and wet mattresses. Those in unfinished buildings sometimes have only tarps for insulation. Their Christmas forecast included near-freezing temperatures.

Egypt is much warmer than Iraq, but were Mary, Joseph, and Jesus able to sleep due to cooler temperatures at night? Did they have any blankets?

Shivering several days in Iraq, I wondered why I was privileged to return to a warm room at night.

After fleeing for their lives, displaced Iraqis now have to endure another threat: winter. To help them survive, Samaritan’s  Purse is providing jackets, warm clothes, and heaters as well as Operation Christmas Child shoebox gifts.

“These people are fleeing a depth of persecution and evil I can’t  comprehend,” said Ron Keegan, a Samaritan’s Purse staff member in Iraq.

The same was true for Mary and Joseph. Meeting those who escaped ISIS’ beheadings—leaving homes, cars, and businesses behind— made Herod’s slaughter of all boys under two-years-old more real to me. 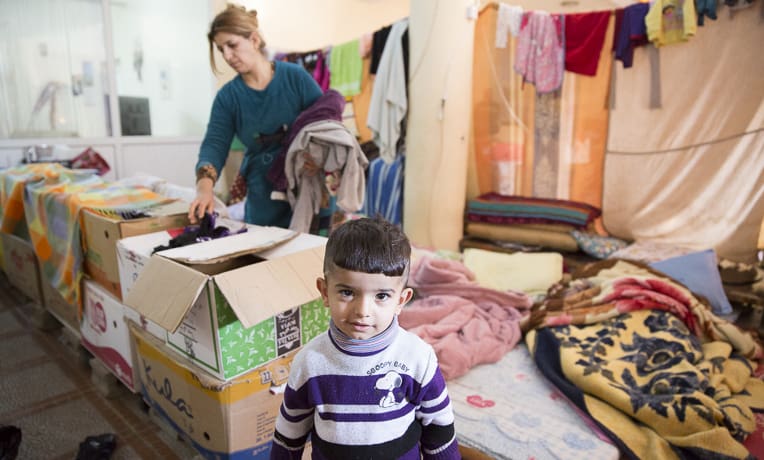 I have a new appreciation for the sacrifices Jesus and His family made at the beginning of His life and not just at the end of it. After Mary had already endured scorn over her pregnancy and delivered her baby in a place designed for animals, she fled on a night’s notice to a place with strange customs, living as a refugee in order to save her son.

As I remember the cold and the living conditions of displaced people in Iraq, I will pray for their protection and thank my Savior, once a refugee, for another layer of His love for the world.