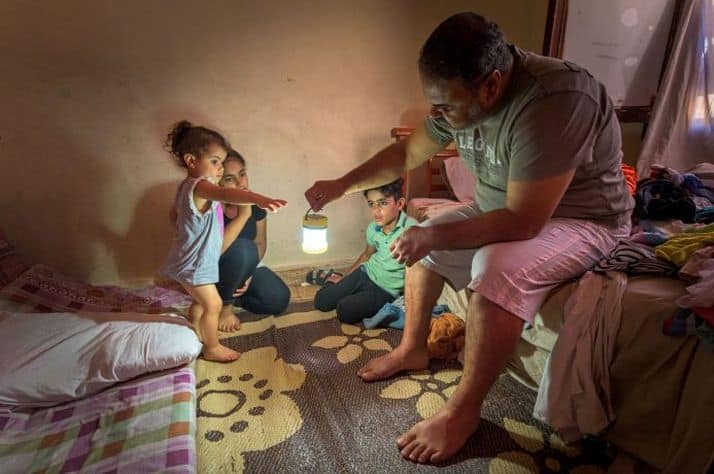 Samaritan’s Purse continues distributing critical relief in Beirut, Lebanon, in the wake of a devastating explosion.

On August 4, an unexpected—and massive–explosion erupted from the port of Beirut. *Rahim, his wife Nazia, and their six children live less than six miles from the port, and they were home together when the deadly blast overwhelmed the city.

“We saw the smoke coming from the balcony. My children and I were afraid,” Nazia said, sharing about the blast. “When the explosion happened, we were thrown 12 feet. I did not think it was an explosion at first. It reminded me of an airstrike.”

The pressure from the blast threw them from the balcony backwards into their house. 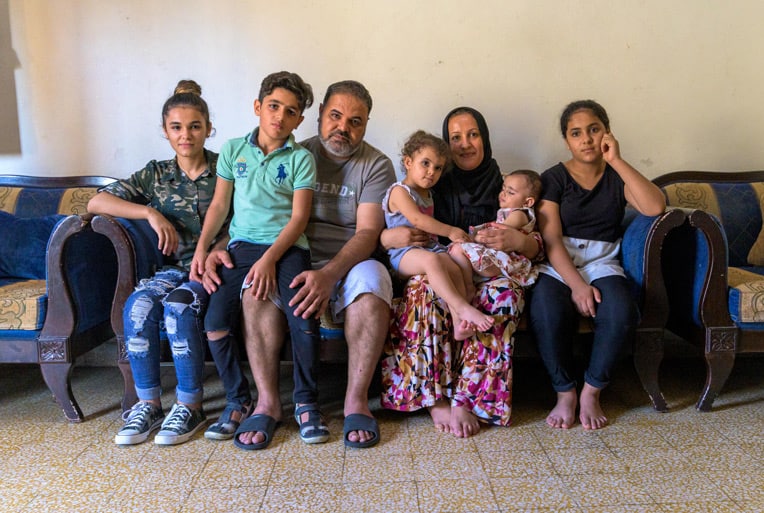 *Rahim, his wife Nazia, and their six children are thankful to be alive and together.

“No one expected this explosion. My kids were playing and they didn’t expect such a thing,” Rahim explained. “That made things harder for us.”

Rahim and his family—refugees who four years ago escaped war in a neighboring nation—were badly shaken. In an instant, flashbacks of the violence in their home country rushed through their minds as the deadly explosion overwhelmed the city.

“The explosion reminded us of the war,” Rahim explained. “We lived through a lot of things in our country—bombings, airstrikes.”

The Beirut blast displaced more than 300,000 people, killed nearly 200 people—possibly more, and injured thousands. Parts of the metropolis were left in ruin as buildings crumbled and collapsed to the ground, cars were flipped over, and shattered glass filled the streets.

“God Is the One who Saved Us”

In the wake of this terrible event, Samaritan’s Purse deployed a team of disaster response specialists to the epicenter in Beirut where, alongside a local church partner, they’ve rushed to meet the immediate needs of families devastated by the explosion. Following assessments of the hardest hit areas, our teams are coordinating with city Christians to strategically distribute critical relief supplies to recovering communities. 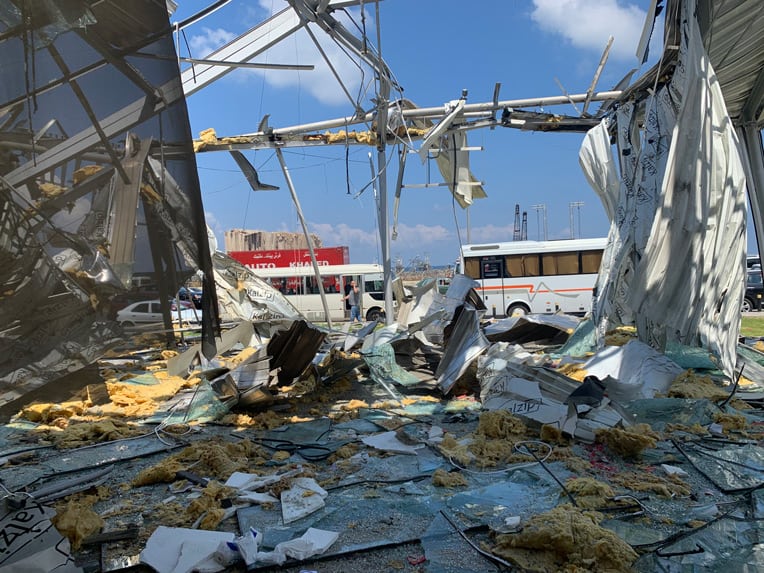 The explosion that rocked Beirut ripped through buildings miles away from the blast site.

Shortly after the blast, Rahim’s neighborhood was filled with uncertainty. Families were overwhelmed, many were injured, and wreckage filled the streets as people surveyed the damage.

“[Samaritan’s Purse] called me and told me they had aid for us,” said Rahim. “I was so happy to see people who care for us refugees. It touched us to see them and we rejoiced.”

The much-needed relief supplies will help Rahim and his family continue to recover from the devastating blast. The tarp that previously covered their balcony was destroyed in the explosion, so the heavy-duty tarp they received from our team will provide them with emergency shelter. Additionally, the city of Beirut experiences frequent power outages and the solar lights help the family continue with normal activities when the electricity goes out. 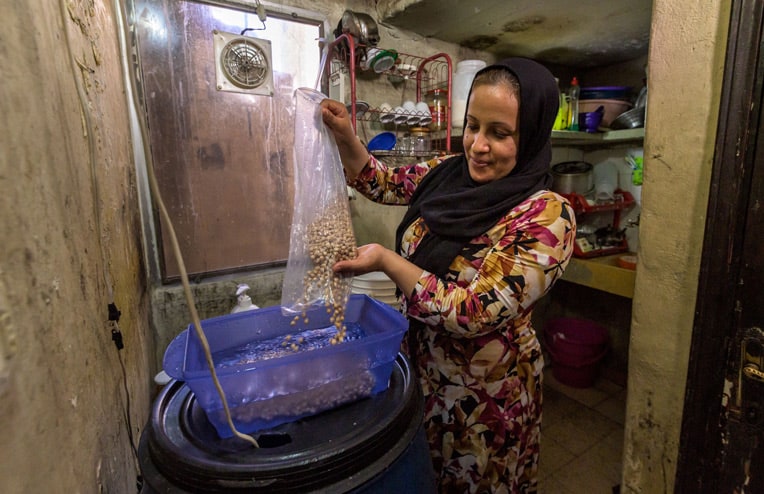 Nazia prepares a meal for her family. Working with church partners, we provided food staples and other necessities for hurting families and residents of Beirut.

“It helps meet needs in our home. We will use the tarp to cover the balcony for winter,” Nazia explained of the supplies. “We can use the light when the electricity is out.”

The family is continuing to press forward amidst the devastation—feeling confident that better days are to come. Rahim is hopeful that his family will persevere as they recover from the devastation.

“I want my kids to live better than me,” said Rahim. “I want them to feel safe and not to live what I lived.”

Many families in Beirut are facing food insecurity and are still without shelter and electricity. Despite the situation, Rahim, Nazia and their family have not lost hope—knowing that they were protected from the deadly blast.

“God is the One who saved us. He brought us from our country to here,” said Nazia. “He is even protecting us here. He protected my children in the explosion.”

Read more about how our emergency relief is meeting the critical needs of families in Beirut, and about a second airlift that brought a medical team.

*All names changed for security. 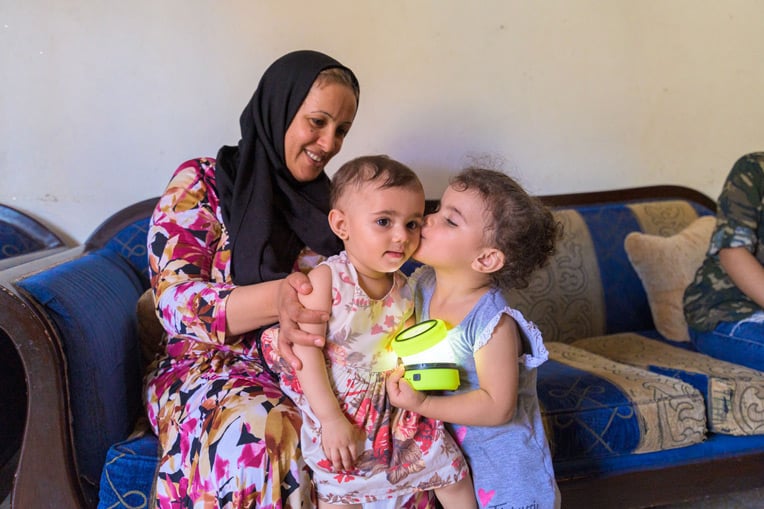 Sisters enjoy the gift of a solar light provided by Samaritan’s Purse. We also provided tarps and other material to families.