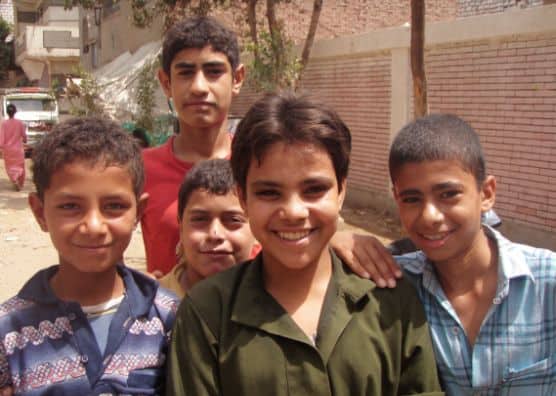 February, 2014—From the mouths of children come reports of the eternal impact Canadians are making in Egypt. Mina is one of those children.

When he first began attending the discipleship classes funded by Samaritan’s Purse and people like you, Mina was unsure of himself.

“I am still a little boy,” he said. “I often thought that I couldn’t do many things that seemed difficult to me. I felt small on the inside and lacked confidence.”

Then the Egyptian child learned the Bible story of Josiah during his class. The young Israelite king, who began his reign when he was just eight years old, inspired Mina.

“I felt God speaking to me, not to feel small or rely on my power to do things,” Mina said. “But He will give me power to do great things, though I’m still a young boy.”

Since then, Mina has pledged to never  belittle himself, but to instead be encouraged by God’s promises—thanks to the power of Christ and the discipleship provided by Canadian donations.

We  hear encouraging reports from Egypt despite all of the political turmoil and violence that has made life so difficult for Christians in that nation.

Through evangelism efforts, discipleship training, and community-based development initiatives, Samaritan’s Purse is partnering with local churches in the African nation to encourage believers and share the Gospel.

Please support our Christian brothers and sisters in Egypt through your prayers and financial partnership. For every person like Mina, millions more wait to know the Good News of Jesus Christ.

With your help, our prayer is that one day we might all declare together: “Great is the Lord and most worthy of praise” (Psalm 48:1, NIV).