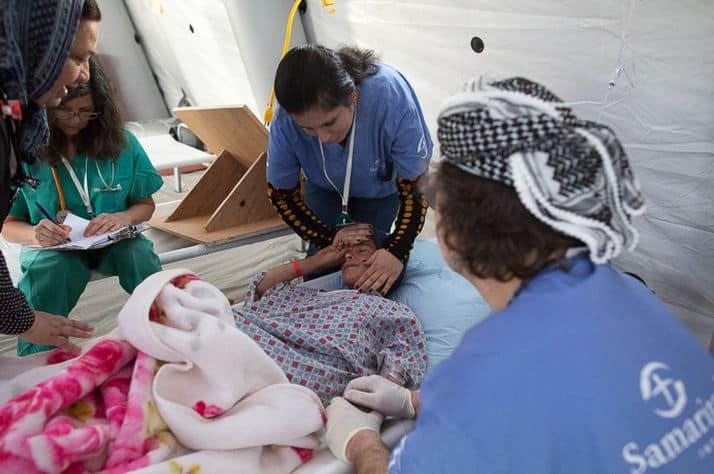 Some daughters spend time with their dads fishing or golfing, but Emily, a registered nurse, recently got some very special father-daughter time working in an emergency field hospital in Iraq tending to war-wounded patients alongside her father, a western Canadian trauma surgeon.

“All my friends think my dad is a bit strange, but very, very cool,” says Emily with a laugh. “He’s this burly Newfoundlander guy who loves being out in the forest—out in the woods. He loves fixing things, and getting his hands dirty, yet he is so approachable and caring that being a surgeon fits him so well too. He really views what he does as a privilege, and he is so good at it. That was never more evident than it was in Iraq.”

Emily and her father served in Iraq with Samaritan’s Purse for about three weeks earlier this year as the bloody battle against ISIS in the city of Mosul raged on, taking a terrible toll on women and children in particular.

But even in the presence of such evil and violence, God was at work tending to the hearts of those serving.

“It was a tough place to be for sure, but it was just awesome to see my daughter’s nursing skills, Christian faith, commitment and compassion in that environment,” says Jeff, Emily’s father.

“She has grown up in the medical world, and I knew she was emotionally strong, but we saw some horrible things, and she handled it all so well—with compassion and professionalism.”

Critically injured children and adults—bother perpetrators of violence and victims of it—are all being cared for at the Samaritan’s Purse emergency field hospital on the Plains of Nineveh in Iraq.

Many of those at the hospital have been injured by gunfire, land mines, mortar rounds, car bombings, and improvised explosives as the conflict between coalition/Iraqi Security Forces and ISIS terrorists continues in western Mosul.

To date, the Samaritan’s Purse medical team has treated more than 1,700 patients and performed more than 900 major surgeries since opening in January.

In a place where the Father’s love is never more evident, where mercy reigns and love is complete and unconditional, many Canadian fathers have left their families to serve in the field hospital, and many sons and daughters have left behind fathers in Canada to go serve as well.

A father meets a daughter who meets The Father

Sometimes, however, God sends a special message to a father working in the field hospital as he did with Dr. Tim, an emergency room doctor from Ontario who recently served at the hospital leaving his four young children and his wife for several weeks to go help strangers in need. 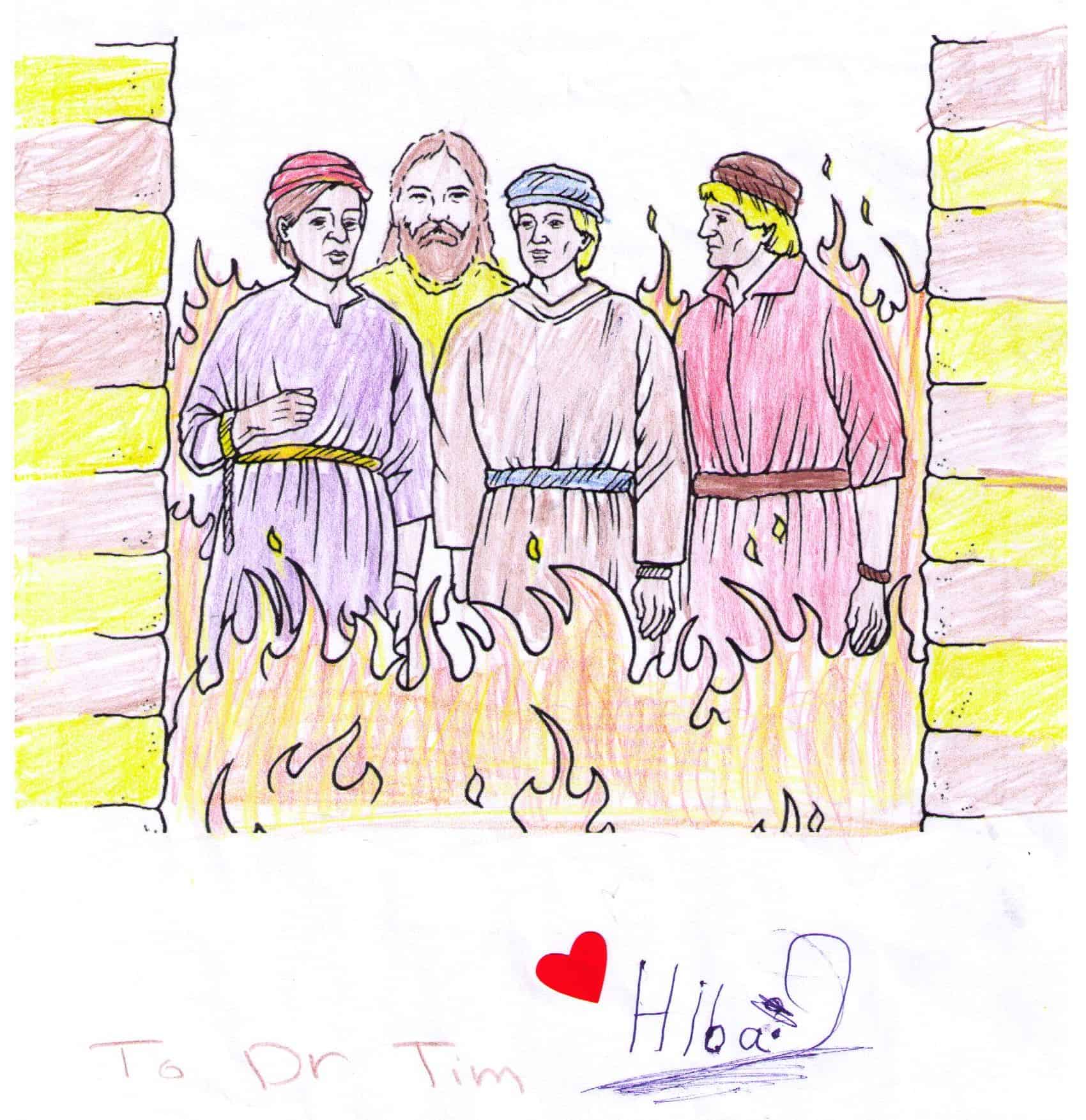 Nine year-old Hiba colored a special picture for Dr. Tim: the story of the men in the furnace really resonated with the little girl as God being with her struggles was understandably a very reassuring concept!

“There was this one nine-year-old girl named Hiba—about the same age as my daughter—who really impacted me,” says Dr. Tim. “She had been shot in the abdomen and a bullet was lodged near her heart—still is, actually.”

After the team treated her and prayed over her, the bleeding stopped, and Dr. Tim had the opportunity to spend time with her and use coloring pages based on Old Testament verses to share Bible stories with her through a translator.

Before Hiba left the hospital, she prayed with a chaplain to commit her life to Jesus Christ, and she told the chaplain that she wanted her doctor to know that.

“I never got the chance to say goodbye, but I pray for her, and I believe she understood very well what following Jesus meant,” says Dr. Tim. “It was a gift to be able to spend time with her and know her, and I still have the picture she colored for me.”

This Father’s Day, as the Father shows us His love, please consider making a donation in honor of a dad in your life whose sacrificial love and care have impacted you. Perhaps your dad has inspired you to serve and give as Emily’s has, or perhaps a father figure in your life has shown you gentleness and mercy as Dr. Tim did in Hiba’s life.