When ISIS ruled their town, a man and his wife lived in constant fear. Now free, the couple and their children live in an evacuee camp and recently received shoes and blankets from Samaritan's Purse.

Ammar* and Muna* are blessed with four cute-as-can-be sons. The oldest is 4, then there are the 3-year-old twins, and finally the youngest child, just 9 months old. Since November 1, 2016 they’ve been living in a camp for families displaced by the offensive to liberate Mosul and surrounding areas from two years of ISIS rule. 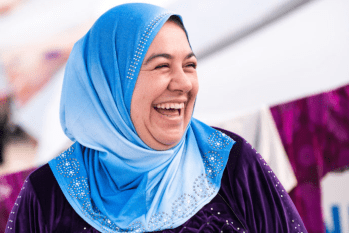 Muna is happy that her children can now play outside again after two years under ISIS rule.

“When I came here I was so happy because finally I am rid of ISIS, the snipers, the bombing,” Ammar said. “I feel [we] are safe now.”

The battle to free their hometown of Bashiqa, about eight miles northeast of Mosul, started in late October. Because of the bombing, Ammar’s family stayed inside and locked their doors. He knows of one family that died in the conflict.

A few days into it, the families of Ammar’s village, just outside Bashiqa, knew it was their chance to flee and started streaming down main street headed toward the Kurdish military, who were, in this case, the force assigned to wrest the area from ISIS control. They walked about an hour to safety, Muna corralling the boys while Ammar pushed his father in a wheelchair.

Kurdish security welcomed them warmly, drove them over the mountain into the camp, and assigned them a tent. The family is now free from years of ISIS domination and terror.

“It’s been a long time since I’ve seen this,” Muna said, referring to her children laughing and enjoying the day. “Since we arrived at this camp, my children can play outside”-something she certainly did not let them do under ISIS.

However, their ordeal is far from over. They are not hungry, but they are worried about the coming cold of winter. With that in mind, Ammar and Muna were thankful for the brand-new shoes that Samaritan’s Purse recently distributed to their children, as well as the two large, warm blankets we gave them. Hundreds of other families in their camp have also received these items from us. The couple, both Sunni Muslims from the Shabak people group, request more help and prayers.

“I ask for prayers and peace for us and the people who stayed in Mosul,” Ammar said.

ISIS Terror: Nobody Smiles, Nobody Laughs

Ammar told us the chilling story of his attempted escape from ISIS about four months ago. It demonstrates both the desperation of those who lived under ISIS and how ISIS was able to manipulate the population through fear.

It was early July. Local ISIS leaders were distracted and busy preparing to celebrate the end of Ramadan. The Kurdish military could be seen in the not-too-distant mountains, preparing for the major offensive that would eventually come months later. The timing seemed right for Ammar and 14 of his male relatives to attempt their escape. 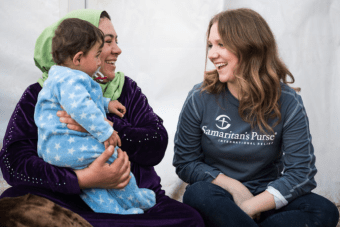 They were confident they knew how to avoid ISIS and slip out of their village near Bashiqa without being stopped. They understood the risks-torture and possibly death if they were caught. But, after living under ISIS since 2014, they couldn’t stand another day under petty tyrants.

ISIS came into Mosul and surrounding areas, like Bashiqa, quickly and violently during the late spring and summer two years ago. Christians and Yazidis in the region fled for their lives: There was no secret what would be in store for them if they stayed. For others, like Ammar and Muna, it was perhaps unclear what would happen, and it all happened so fast, so unexpectedly. It is hard to make a snap decision to leave home-and give up everything, leaving your aging parents and siblings. By the time it was crystal-clear how cruelly ISIS would treat even other Muslims, the razor-thin window of opportunity to escape had long closed. Ammar’s family was trapped. 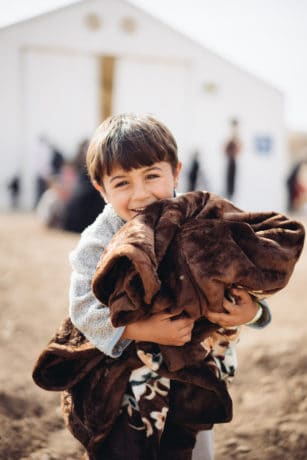 There was no end to the rules under ISIS, and it was hard to keep up with them all. Nearly every part of daily life was monitored-do this in this way; don’t do this in any way. It was yes to beards and no to cigarettes. Wear these pants; wear this veil. Don’t watch television; don’t listen to the radio. Beatings, even in the street, or worse would follow violations. Ammar had friends killed by ISIS in another area under their control.

Each sunrise brought the same fear: Ammar and Muna worried that he would be arrested under the pretext of violating some trivial ISIS dictate. Presumably, he would be either conscripted into their ranks or killed. They were particularly after the men and older boys, Ammar said.

People, from the old to the young, didn’t go out much. They had little money-most people were not paid a salary during ISIS control-and much of what they might want to do was forbidden anyway. Ammar, a nurse, was forced to work without pay in Bashiqa. Fortunately, his family was able to live off his disabled father’s retirement pension, which ISIS did not control.

Muna summed up the experience well:  “When ISIS was there, nobody smiles; nobody laughs.”

Enough was enough, so Ammar, his brothers, and his cousins-15 of them total-squeezed into two sedans and drove off late one afternoon. If they were successful, they planned to return for the women and children.

Success did not come that day. About 15 minutes after their start, they encountered a hidden checkpoint along the road. ISIS caught them.

“We were so scared,” Ammar said. “They bound our hands with cloths and began beating us immediately.”

They were blindfolded, put in two minibuses, and driven to Mosul. Prison, interrogations, and torture awaited them. 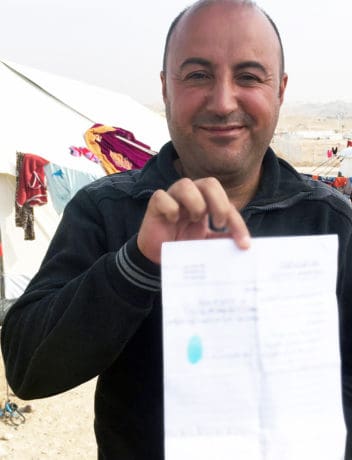 Ammar holds a copy of the ISIS sentencing-55 lashes-that was given to him and his relatives. The copy here is his cousin’s and the Arabic has been blurred for security.

The ISIS members who apprehended the relatives then called Muna. Pretending to be one of the escapees, a man told Muna the group was close to safety. She responded with delight. Then he revealed himself, and Muna was told: We are with the Islamic State of Iraq and Syria and we have your relatives. Stay at home. Don’t try to escape. We will kill them all. You will be a widow.

“I was crying and screaming and so scared for my husband that he would be killed,” Muna said.

Ammar thought he would die. He was told at the prison he would die. On the second day, he and his relatives-all blindfolded-were taken before an ISIS court judge. They expected execution. They were asked if they wanted to join ISIS. They said no. Ammar said they figured they would die anyway, so there was no reason to join.

Still blindfolded, they were forced to kneel with their hands behind the backs, which is the typical posture of ISIS victims before they are beheaded. They thought this would be their end.

Ammar soon heard his relatives scream in pain. Then the lash hit his back. They were each beaten 55 times. They still don’t know with what. The fear and pain they endured, mixed strangely with relieved surprise, is hard to fathom.

Finally, they were forced to sign a paper saying they would never try to escape again. Death by decapitation surely would be their penalty if they were caught.

Ammar, with a terribly red and swollen back, was let go in the dark on the edge of Mosul. ISIS had stolen the two cars he and his relatives tried to escape in, part of the judge’s punishment. So, he got a taxi to his village-he said he wanted to “fly home”- and arrived late that night.

“They ran to me and hugged me, all of them,” Ammar said, describing the reaction of Muna and their children.

Muna said she was shocked to open the door and find her husband standing there because she never expected to see him alive again.

It is amazing that Ammar survived and the whole family is now safe. Our staff have prayed in Jesus’ Name with and for this precious couple and their children. Please continue praying for them. Modern Mosul is built next to the ruins of ancient Nineveh, and the people of the region surely remain on God’s heart: “And should not I pity Nineveh, that great city”¦?”  (Jonah 4:11a-b, NKJV).

*Names changed to protect the security of the individuals and their families.