Family serves the sick together in Niger, Africa 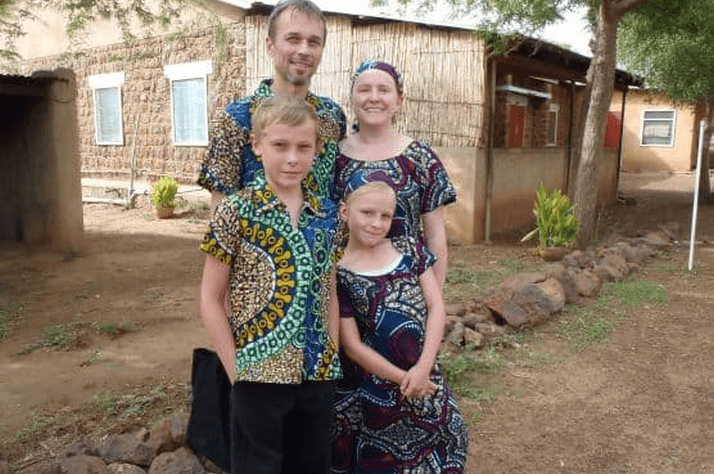 The Penney family spent two months during the summer of 2014 in the country of Niger, Africa serving at Galmi Hospital through World Medical Mission. This blog post was written by Sheldon Penney.

During the summer of 2014, our family lived on the Serving in Mission (SIM) compound in Galmi, Niger for about eight weeks. Vicki is a family physician who worked long hours at the hospital. Sheldon is a Network Architect and helped out with the many IT requirements onsite. Matthew (13) and Rebecca (8) were happy to play alongside the various ex-pat kids who call Galmi home. 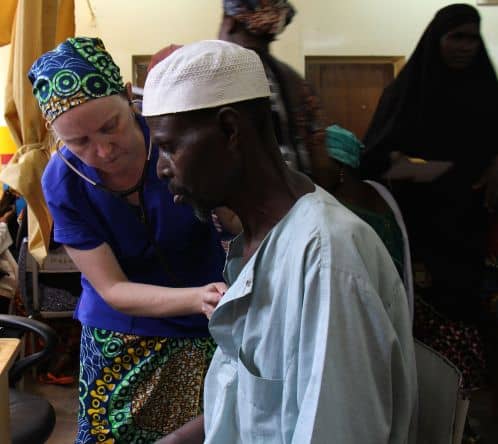 Vicky Penney is a family physician who volunteered her time serving the sick at Galmi Hospital in Niger.

One of the things we were very thankful for was a stable and safe water supply. Our water source onsite was a deep bore hole which actually supplied water to part of the village as well. While there were no concerns about the availability of the supply, there was a growing angst among everyone-ex-pats and locals alike-about the lack of the much anticipated and needed rainfall. The rains are necessary for a successful growing season to secure a food supply for the months to come. Some farmers had already planted up to three times but lost their seed/crop as rainfall was insufficient to sustain continued growth. During our summer visit, we experienced the downpour of a couple rainstorms-which can be quite dramatic-however, they were apparently too infrequent to allay fears about food insecurity.

Vicki was not shocked by the medical need she witnessed, but the sheer volume and severity of illnesses, complicated by language and cultural barriers, made for long, exhausting days . Severely ill children, especially those who were malnourished, were particularly challenging. Having any patient die under her care, though a very common occurrence for all of the doctors working onsite, caused her to shed a few tears. 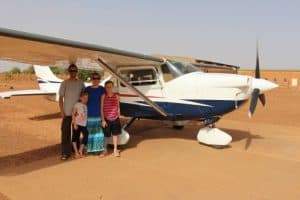 Riding on the bush plane was an adventurous part of the Penneys’ summer.

However, not all work was in vain. There were stories of recovery and life-saving interventions that are important to remember. There were smiles and thank yous and some happy hospital discharges that testify to the value of keeping this hospital operational, despite the challenges and limitations.

Most of our time was spent on the SIM compound, as venturing into the village was only advised if accompanied by longer term staff. These brief outings were typically to the market or tailor shops, and we also attended the village church. Due to hospital commitments, it was challenging to get off the compound for church; however, we were always able to attend the ex-pat church service each Sunday evening on the compound.

The bush plane trip into and out of the village was a new experience for our kids and definitely added to the adventure of the summer. We are grateful for and appreciative of those who have been called to serve this hurting part of creation. We are also thankful for how God sustained us and demonstrated His faithfulness in so many ways during our trip.