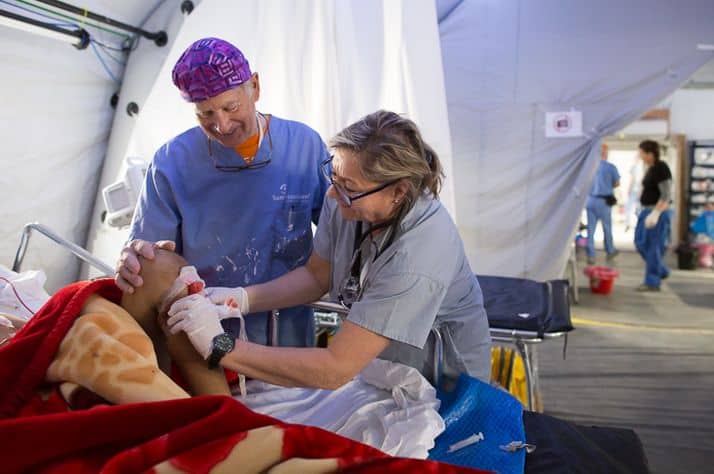 On Friday, March 17, the Samaritan’s Purse emergency field hospital received its 1,000th patient on the Plains of Nineveh, Iraq. Due to its proximity to the frontlines of the Mosul conflict, the hospital is saving lives that would likely have been lost in transport to the nearest permanent medical facilities, up to two hours away.

“This is 1,000 critical and dying patients,” said Dr. Elliott Tenpenny, emergency medical specialist for Samaritan’s Purse. “That is more Level-1 traumas in a matter of months than large hospitals in the United States would see in a year.” 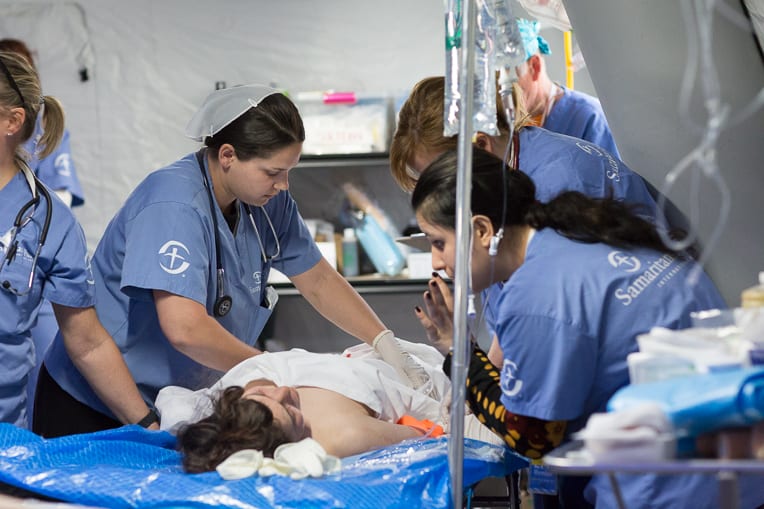 The emergency field hospital arrived in Iraq on Christmas Day to treat those injured as a result of the fighting in Mosul. Since opening in early January, our team has performed more than 435 major surgeries to deal with wounds caused by mortars, improvised explosive devices (IEDs), mines, grenades, and sniper fire. Roughly 40 percent of patients admitted to the hospital have been women and children.

Iraqi government and coalition forces began their battle for Mosul in October 2016. In January 2017, they gained control of the eastern side of the city, while ISIS continued to launch attacks from across the Tigris River in the west. An offensive to retake western Mosul began in February—Iraqi forces now control major parts of the city while other areas remain occupied by ISIS.

Now back in the United States after serving at the Iraq field hospital, Dr. Tenpenny notes the tremendous impact of this facility as it operates on the outskirts of a war zone. 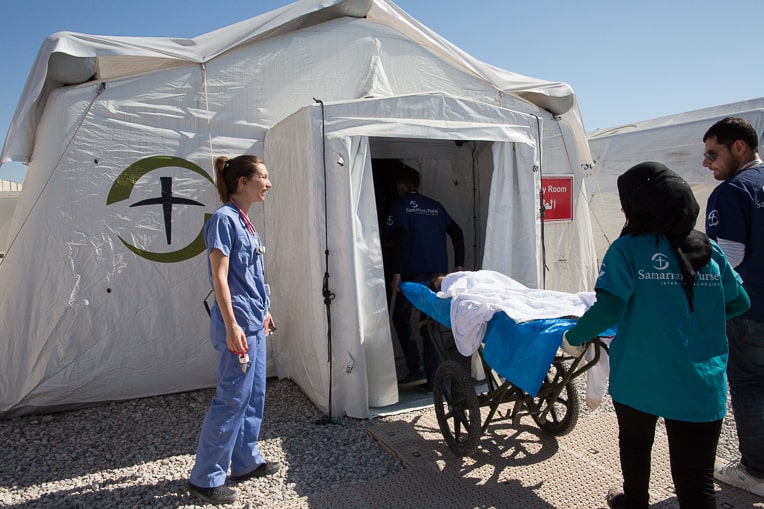 A patient is taken to the emergency room at the field hospital near Mosul.

“I want people here to understand the contrast that is being witnessed there between the suffering, chaos, and war, and the love of Christ that is being shown.” He explained that sympathizers to the enemy forces have been taught all their lives that Christians are evil. As they’re treated at the field hospital, Tenpenny said, “They’re seeing something that doesn’t fit—that what they’ve been taught must be wrong.”

In addition to the field hospital, Samaritan’s Purse is working in multiple other ways to help many of the more than 260,000 Iraqis displaced by this crisis since October 2016. In partnership with the World Food Programme, we have distributed around 3,000 metric tons of food to those living in evacuee camps as well as villages recently freed of ISIS. We have also given out medicine, clothing, shoes, and blankets to those who fleeing ISIS.

Please pray for the Iraqi people and for our teams as they work to alleviate suffering in Jesus’ Name. You can read a blog, “Miracles and Sorrow Mingle Together,” from one of our staff here. 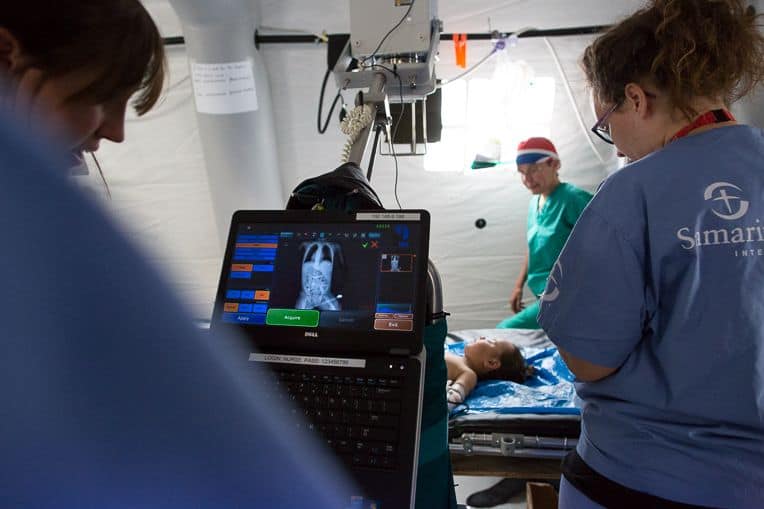 Roughly 40 percent of our patients have been women and children.