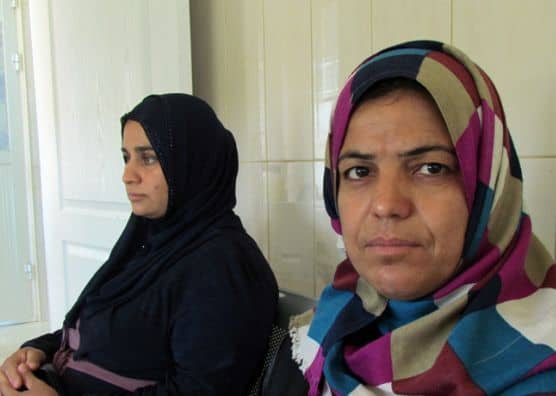 Displaced families in Northern Iraq are left with begging as their only option for income.

October, 2015—We   learn from  experiences and opportunities  when we serve. And when we serve overseas, removed from our comfort zone, we  often learn from things we   overlook at home. From bad experiences, I don’t like to give money to people begging on the street, including children. But recently my opinion changed.

The other day a friend took  me to the home of a displaced family. We arrived at a brand new house that was composed of a few blocks, a latrine, and a plastic roof. It didn’t have windows.

Three families live in the two-room house—18 people in all. Two of them are widows whose husbands were killed by ISIS;  13 are children.

They thanked us for the for the water tank brought  them, then humbly asked if there were any jobs available.

You see, several of the adults in these displaced families have college degrees. They used to have steady incomes, careers and homes with roofs and windows. It was all taken from them in an instant and now they’re searching for a sense of normalcy. They want to   rebuild.

As we continued talking, I counted the  children and realized that  there were fewer than they initially told me. When I asked where the rest of them were, the father told me that they were working on the street.

“They are asking for money,” he said. “We have no jobs, and the only way we  get what  little money we have is  by sending the children to the market to beg.”

I felt badly knowing that the same children whom I have overlooked every time I go to the market are some of the children of these families. I continue to visit this home with my wife, and each time, we bring food and talk with them. They’re going through difficult times and the heat is an almost unbearable 115 °F but  they continue to show  unfailing hospitality.

Sometimes we think we’re blessing people by giving them the things they need, but I feel more blessed when I see that, through the difficulty and the sorrow of being displaced by  terrorists, this family still has hope.

It reminds me of Matthew 8:20: “Foxes have holes and birds of the air have nests, but the Son of Man has nowhere to lay His head” (NKJV). As we wait for Jesus to come, pray and be His hands and feet in this hurting world, being mindful to not overlook those around you.