Samaritan’s Purse is giving hundreds of children—survivors of war—a caring environment in which to grow, play, and learn about God.

The children in Iraq’s displacement camps on the Nineveh Plains have experienced more trauma in their young lives than many people will go through in their entire lifetime. 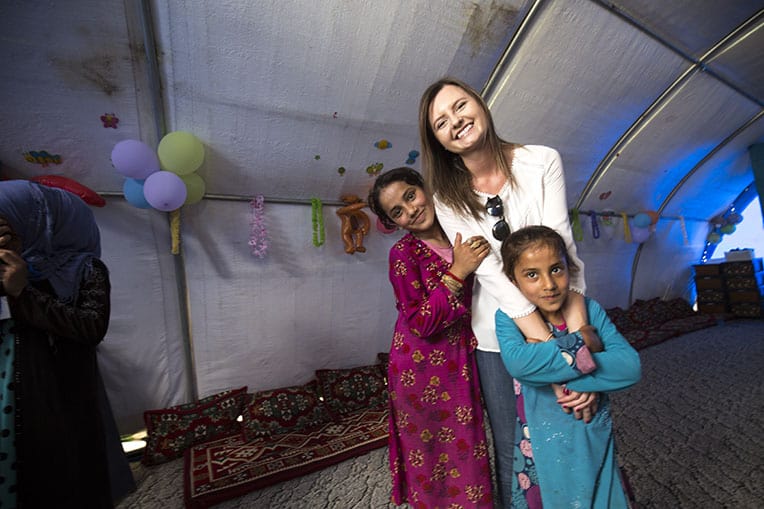 “Many of them have seen their parents murdered in front of them,” said Jessica Langevin, Samaritan’s Purse children and family program manager in Iraq.

On top of all these traumatic experiences, these children have been living in displacement camps for well over a year. ISIS destroyed their homes in Mosul and robbed their families not only of their finances, but also their sense of normalcy.

“Samaritan’s Purse is here to create a place for children to be children.”

“Samaritan’s Purse is here to create a place for children to be children,” Jessica said.

A Place for Children to Play and Learn

Through a child-friendly space that offers classes twice a week for two hours at a time, Samaritan’s Purse is giving 6- to 11-year-old kids in four displacement camps—roughly 800 total—the opportunity to learn about everything from hygiene and how to be a better friend to Bible stories and the fruit of the Spirit. 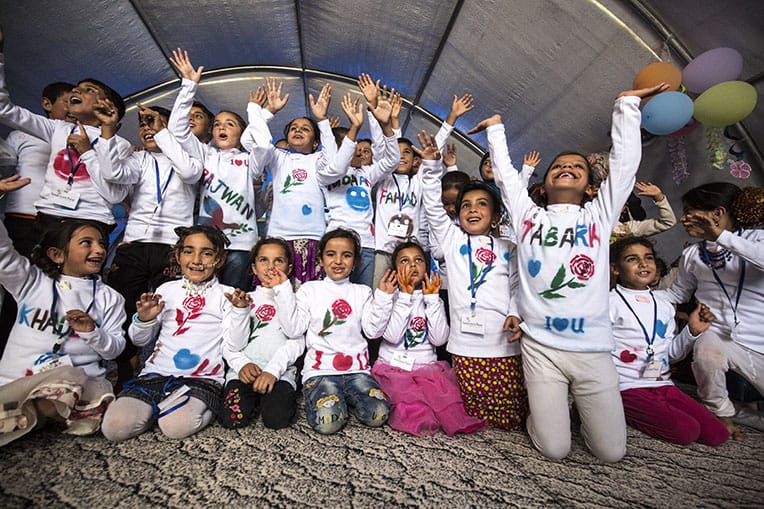 After their graduation, child-friendly space graduates celebrate in the shirts they made in class.

“We want them to come here and know that God loves them. We want them to feel joy,” Jessica said. “They’re learning about patience and peace and kindness when that’s not what they’re seeing around them, but those are the things we want them to learn here.”

Farah, 11, who graduated from the program in April, said that what she loved the most was the opportunity to play—especially with the blocks and on the slide.

“My favorite story was Moses, when Pharaoh tried to kill all the children and his mother hid him,” Farah said.

Like Moses, God protected the lives of these young ones, and by His grace, they may also grow to lead their people. Jessica’s hope for the Iraqi children she works with is that they will remember what they’ve learned and come to thank God for it, telling their families about Him.

Ministering to Families Recovering from War

Pouring good into children ultimately serves their parents well too. This Samaritan’s Purse program is giving boys and girls a sense of joy and happiness that displaced parents struggle to provide. 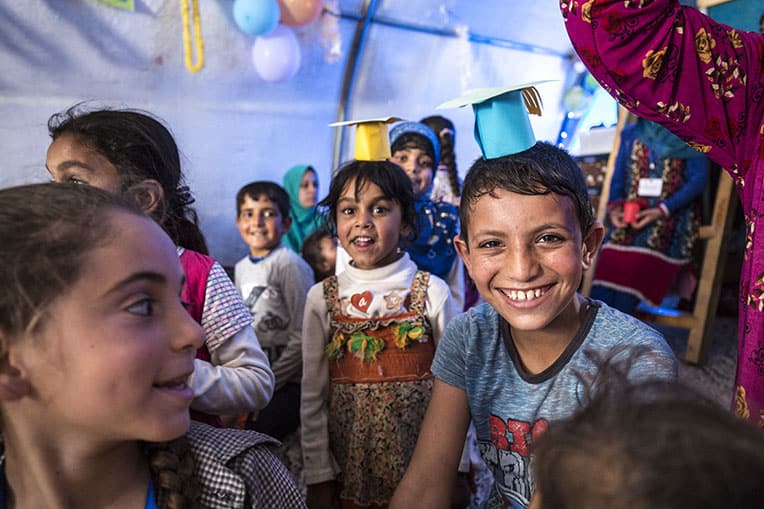 Graduates wear construction paper mortarboard hats they made with their mothers.

Other parents are noticing changes in their children’s habits. One girl who hadn’t taken a shower since arriving in the camp now bathes regularly. Other children who were scared at night now have peace and something to look forward to in the morning.

In addition, parents of participating children are invited to take part in a class called “Healing Wounds of Trauma.” This weeklong course offered in men’s and women’s groups covers topics ranging from caring for children to forgiveness. Through the course, the lives of parents are being transformed even as their kids are learning new life skills. 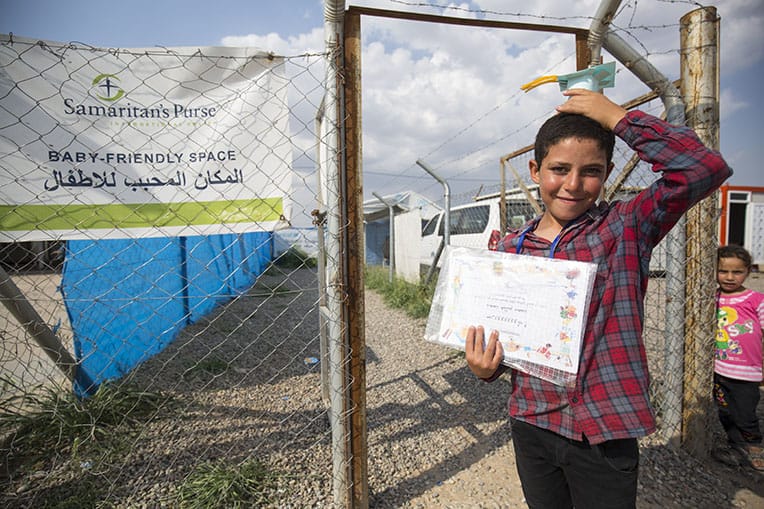 A graduate shows off his diploma.

Even infants are not left out. Samaritan’s Purse nutritional programming screens for malnutrition in children under 5 and provides skilled breastfeeding training for mothers.

“From the little things to big things, the entire family is feeling loved and feeling seen. They feel special. It’s a bright light in kind of a gray place,” Jessica said.

Through Samaritan’s Purse child and family programming in Iraq, the traumas of war are not having the last word. What others intended for evil, God is using for good (see Genesis 50:20). 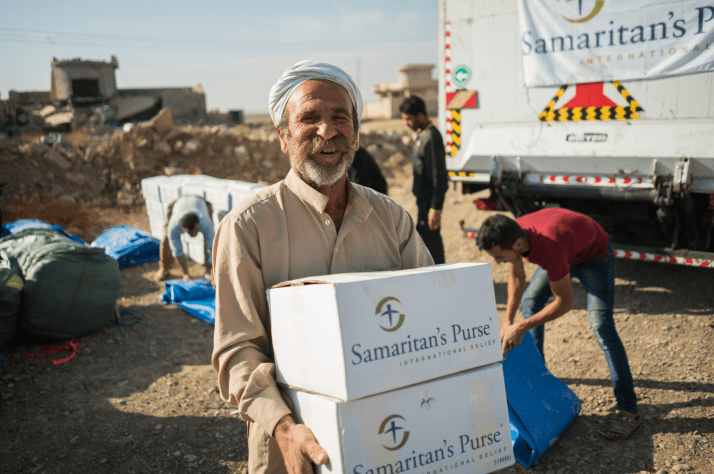 Middle East Projects Help families in this war-ravaged region who are being persecuted for their faith in Christ or who are struggling under the weight of poverty, conflict, or illness to receive the physical and spiritual aid they so desperately need.
Middle East Projects - 013560
$
Donate