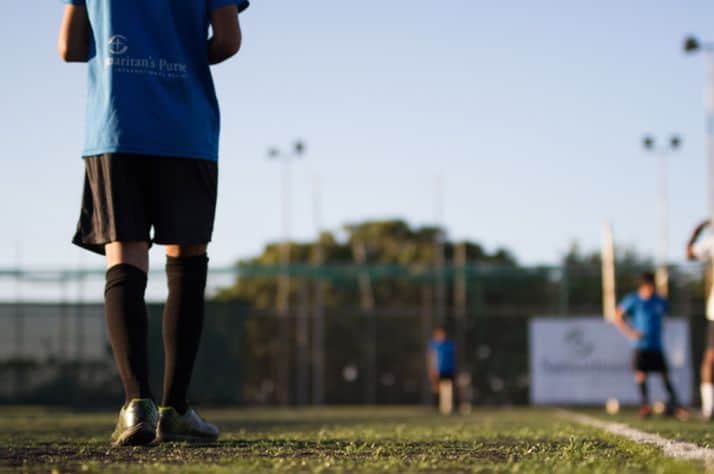 A sports program in Greece helps refugees who were once strangers become friends.

We were sitting inside a camp surrounded by barbed wire fencing, celebrating the new single-family refugee housing unit her Iraqi friend was moving to—an upgrade from living in the dorm. The two women speak different Arabic dialects and became friends after they arrived on Samos island, where they were assigned beds next to each other in a refugee camp dorm.

Two women who once viewed each other as strangers are now like family.

I have met a lot of friends in the refugee sites where I work across Greece. They are people who have been thrown together as a result of tough circumstances and have chosen to build community. 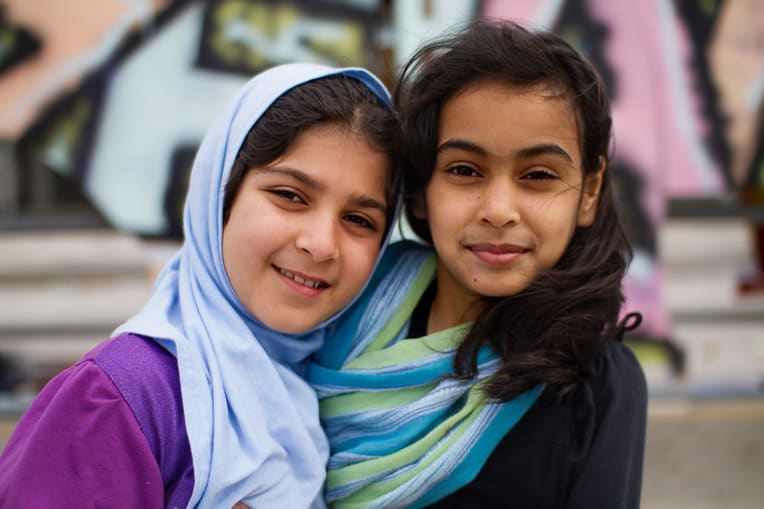 Afghan girls who became friends while living in a refugee camp in Greece.

They introduce themselves to me as friends and I’ve been struck by how powerful it is when people can put aside their labels and choose friendship instead.

Labels are loaded and we all have them. American. Greek. Syrian. Entrepreneur. Student. Stay-at-home mom. Manager. Single. Expat. Overachiever. Free spirit. Labels can help us make order of our social surroundings. They inform us about individuals and how to acceptably interact with them. They provide a sense of identity.

Too often, though, the labels we assign to others build barriers, separation, tension, and distance. “Friend,” however, breaks down barriers. It’s a label that gives permission to draw close, understand, be involved, and care. Friends always have differences, but they seek to find commonality.

Labels can be hard to change, but they can. In Greece, I have watched as deep-seated differences are cast aside and surprising friendships are formed, especially through the Samaritan’s Purse sports program on Kos island.

The sports program provides unaccompanied minors (ages 12-17) a healthy outlet for their energy and emotions. A large group, many from Pakistan or Afghanistan, come to Greece alone. Without an opportunity to attend school or to work, and with no family to lean on, their futures are uncertain and these youths can easily become anxious and depressed. 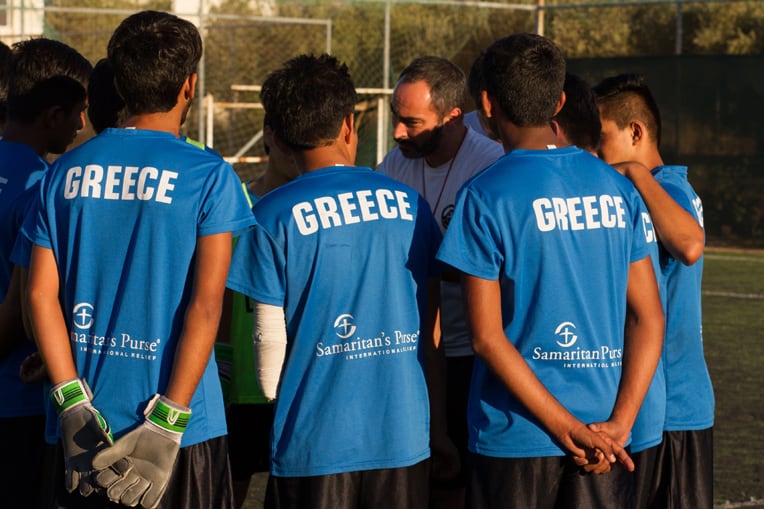 While Pakistani and Afghan athletes in the sports program were teammates with matching blue jerseys, they were not friends. They engaged in arguments tied to ethnic differences and refused to sit together. They were upset when they had to play together on a team.

Yet, over the months, the sports program developed into a sort of mentorship program, and the youth learned Biblical values such as respect, teamwork, honesty, and forgiveness.

As the boys spent more time together, and learned what it meant to be a unified, functioning soccer team, barriers fell. Afghan players began sitting next to Pakistani players. I watched as the boys jostled each other and joked, laughing together as they did their warm-up run around the field. They were seeing past their differences. They’d become friends. We were in awe of the transformation.

I love the sports program because for a few hours every week the label “athlete” takes precedence over the labels refugee, unaccompanied minor, Pakistani, or Afghan. They’re boys competing in a sport they love. Spindly Afghan and Pakistani teenagers run around the soccer field, arms pumping, faces sweating, and Astroturf pebbles flying. They laugh and jostle as you would expect, but not divided along ethnic lines. 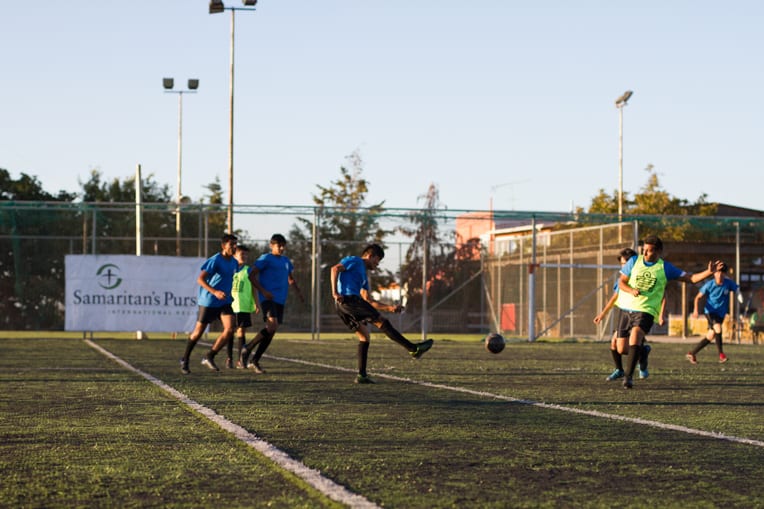 Many athletes in the program come to Greece alone, without family or friends.

These players now choose to advocate for peace and understanding instead of furthering prejudice. The bond of being teammates is stronger than ethnic labels. The very boys they had disdained at the beginning of the program they now support and protect. I have been struck by the power of labels, and the power of friendship to destroy barriers.

Jesus demonstrated His love in a way that broke down boundaries and prejudices. He loved as a friend and He calls His followers to do the same. We are called to love the people God puts in our path, regardless of ethnic or social differences.

Look at Jesus’ parable of the Good Samaritan (Luke 10:35-37) and His call to “love your neighbor as yourself” (Mark 12:31). Look at the way He interacted with the Samaritan woman at the well (John 4) and the rich tax collector named Zacchaeus (Luke 19:1-10), who was hated by many as a social outcast. Jesus was willing to draw close to people others had labeled as outcasts or enemies. Jesus calls us to see past labels that separate and to instead love as friends.

I have been challenged and inspired this year by many examples of selfless love and friendship demonstrated among refugees in Greece. This situation we have labeled the “refugee crisis” is perhaps an example and opportunity from God to learn to love like Him—alongside Him, caring for the people He cares about. His friends.

“You are My friends if you do what I command you. No longer do I call you slaves, for the slave does not know what his master is doing; but I have called you friends, for all things that I have heard from My Father I have made known to you. You did not choose Me but I chose you, and appointed you that you would go and bear fruit, and that your fruit would remain, so that whatever you ask of the Father in My name He may give to you. This I command you, that you love one another” (John 15:14-17).