Aid worker tells of misery near "the gates of hell" 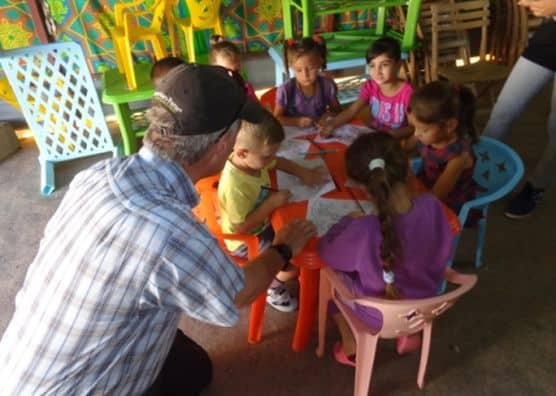 A Calgary aid worker felt like he was standing a short distance from “the gates of hell” as he met with Syrian and Iraqi refugees living across the Middle East in shacks, malls and churches with little food after fleeing the advance of jihadist militants.

Bruce Piercey, the Middle East regional director with the Christian group Samaritan’s Purse, spent three weeks travelling through Jordan, Lebanon, Egypt and the Kurdish region of Iraq, where his relief organization has been delivering food, blankets and other supplies to those displaced by conflict.

Piercey witnessed first-hand the fallout of the Islamic State’s brutal campaign for dominance.

Samaritan’s Purse runs an office in Erbil, a city in the Kurdish region of Iraq, and for years had been responding to refugees flocking there from Syria. But as the conflict with jihadist militants spilled into Iraq, the charity has been providing aid to Iraqis who left their homes and fled to the Kurdish region in the north.

In a city in Jordan near a massive Syrian refugee camp, Piercey met displaced people without much or any money and had run out of food.

In Lebanon, he spoke with Syrian refugees who weren’t living in camps, but had collected scraps of plastic, tarp and wood to build shelters. Many of them lived in squalor without electricity or toilets. Some found themselves being persecuted over suspicions of their political leanings.

“They are living in a place where they’re not the least bit welcome and they’re subject to a lot of hostility and threats. Some of them had said, ‘They shoot at us with BB guns.'”

What struck Piercey throughout his travels in the Middle East was the disparity between the Syrians and Iraqis seeking refuge from war, and the locals enjoying the trappings of modern life.

In Erbil, which he called “the Calgary of the Iraqi oilpatch,” refugees live in parks and compounds next to shopping malls and places of worship.

“You see all these modern shopping malls next to the refugees who have barely enough to survive,” he said. “People are eating pastries and sitting at sidewalk cafes across the street from refugees. It’s a very weird feeling.”